Hi guys,
Currently I have three major problems: the fans in my pc are rather loud, they are the stock ones that came with my Zalman Z5 case. I know I should probably replace them with quieter fans but don't know which ones to choose and how many. I also have a problem with my GPU sagging, it's a Gigabyte R9 270 (http://goo.gl/Rjdyvy) and I don't know how to stop it sagging. Lastly, I have dust build up in the case and I don't have an air compressor how should I get rid of the dust?

PS: I am using a FX-8320 with Hyper 212 EVO but from what I've heard it's relatively quiet so I don't think the sound is coming from there.

A cheap way to fix the problem 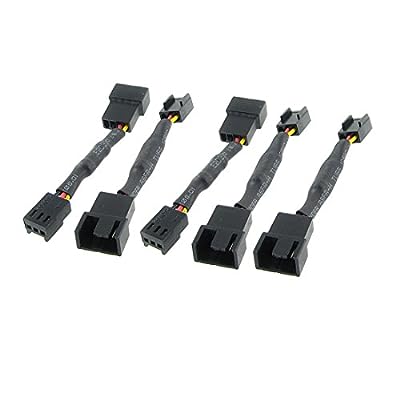 Features 3 Pin Connector. Easy installation. Long service time.Designed with a resistor on the cable. Quite practical and useful.Use the resistor cable to connect the power supply to your cooling fan, ...

There isent much you can do about a sagging gpu

Wouldn't that affect how well the pc is cooled?

Remedy for the sagging issue is to run the pcie power cables in the uppermost cable management hole so they run down to the gpu - with that done just increase the tension so the cables pull the gpu up a little.
Case fans - run at a lower voltage - if you know anyone with some noctua fans they may have some spare voltage reducer adapters. Or grab a few cheap low rpm case fans and or (depending on the motherboard) control the fans speed through the bios. Last resort would be a fan controller.

If the dust is settled at the bottom of the case, you can vacuum it or wipe it with a slightly damp cloth. If you do the latter, make sure the case is dry afterwards.

I have dust settled on the underside of the GPU fan.

You can use a vacuum if you want, it's just not recommended. I've done it a few times because I never have any compressed air.