Heres my set up now. 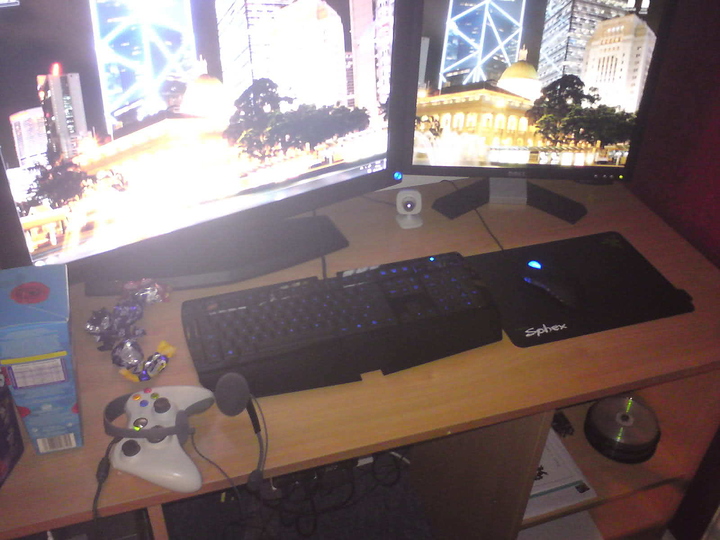 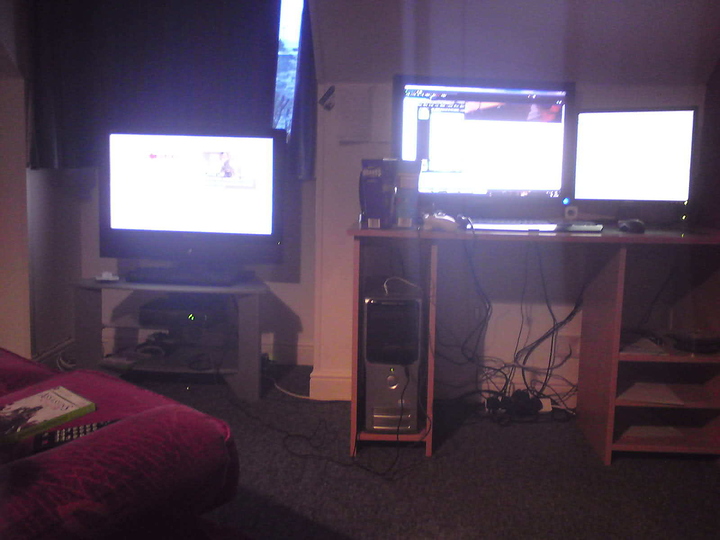 Also just bought the Razer Megalodons :), should be here by tommorow.

Yep thats the one.

you can afford a 28" monitor, but not a decent camera?

hahahaha.. well i'd prefer having a good monitor to a good camera if i had to choose one.

I think that has to do with priorities, as much as I'd enjoy having a nice camera, a monitor is more important to me.

You can get 28" monitors for pretty cheap. By the looks of things it looks like a Hans.G/Hannspree monitor.

nice. ive got a 26" samsung at 1920x1200 and cant imagine going bigger. infact i dont think it would fit on my desk! id have to get rid of my second screen to make room for it

LOLUMAD said it perfectly, a camera is not a priority whatsoever, id much rather a good monitor than a camera i barely use.

The TV to the far left is Hannspree :P.

I think thats when we switched to GR?