Curious about Ryzen 2700x temperatures reports on Linux and Windows on the same machine. Trying to decide if it runs hotter on Linux and, if it does, is that worth worrying about?

I’d much rather run Linux but the 50c idle temp I found is discouraging. (Should it be?)

Here I have a 2700x on a Crosshair VII Hero Wifi board, Vega 64 Sapphire card, two NVME’s and a 3.5-inch mechanical drive. It’s air-cooled with Noctua fans and a BeQuiet Dark Rock 4 on the CPU. Fans have been “opitmized” via the Asus UEFI BIOS and set to “Standard” speed.

On both Ubuntu 18.04 and Fedora 28, with only a terminal open, glances (uses lm-sensor libs) reported the CPU hovering around 50c, with frequent drops and spikes of several degrees. I let it go for about 30 minutes, with no activity, and didn’t see the temp drop below 40c or above 60c. Left the machine on with no activity, unattended, for 90 minutes and observed the same temps when I returned.

On Windows 10, Ryzen Master reported idle CPU temps clustered around the 40c mark, occasionally dropping to 37-39c, and bumping up to 50c or so.

I’ve been running Prime95 for 30 minutes. Ryzen Master shows the temp at 74c. It’s been high as 77c, and kept at 65c for the first few minutes of the run.

Noticed early reports of bogus high temperature reports in Linux which appears to have been resolved in the 4.16 kernel. I was running 4.17 kernels in both Ubuntu and Fedora…

ryzen X CPUs runs a 20 deg. C. temp offset, and something about your linux isntall isn’t reporting that properly

I’ve seen reports about that offset, but also that a patch made during the 4.16 kernel cycle enables accurate temperature reporting.

Also not seeing anything near 30c being reported by Ryzen Master.

+1 about the temp offset. Depending on the version of your sensor it may not be adjusted. You can download an updated version of k10temp or it87 which should be accurate. 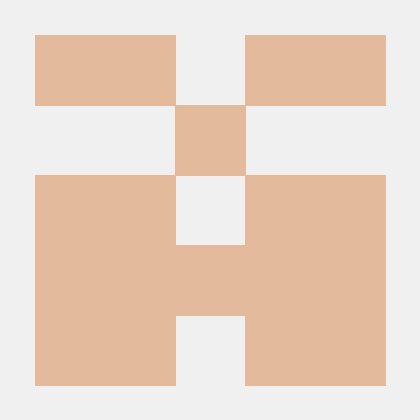 Note that Guenter Roeck is discontinuing support of it87, so you’ll want to clone the repos or find a different maintainer.

Of course, it could also be an issue with your thermal paste application or heatsink mounting.

I’ll look into the two drivers and also see what was actually put into the 4.16 kernel.

The default k10temp module does report correctly since I think kernel 4.16, but it might be interesting to compare your results.

+1 for glances. I have been looking for tools like this. I’m using psensor to plot temperature and fan values over time. Might be helpful to you in this case. In Fedora I got it from the rpmsphere repo.

Per the “Temperature Reporting” section of this lengthy look at the 2700 https://www.guru3d.com/articles_pages/amd_ryzen_7_2700_review,7.html AMD implemented a 10 degree offset in the 2700. Read the piece for the brief explanation, but the gist is we need to look at the Tdie sensor for the real temperature, while Tctl s the one with the offset and also the one that produced the wacky high temp readings.

lm-sensors in Federa 28 with its current released kernel does not show me Tdie. I’ve installed the current kernel from the Rawhide development branch – 4.18.0-0.rc6 – and lm-sensors does show both Tdie and Tctl. And, there, indeed, Tctl is consistently 10 degrees higher than Tdie. I’ve seen Tdie temps from the 30’s (yay) to over 50 tapping out this post.

BTW, Fedora maintains a “rawhide kernel nondebug repository” where you can get the latest Rawhide kernel with all the debug stuff turned off. More here: https://fedoraproject.org/wiki/RawhideKernelNodebug

That’s great if 4.18 finally shows Tdie and Tctl. So far the updated k10temp was needed for that.

So I bought a thermometer.