So currently I’m reading about VRM on motherboard. I understand about Vcore VRM. But SoC VRM I really don’t understand that. Means if you are using Ryzen CPU then you don’t have to worry about SoC VRM. But in case of APU you need to pick right motherboard.
On some forum it’s said that 2 phase SoC VRM is enought for Ryzen APU but on some forums it’s said that you really need 3 phase SoC VRM. My question is if you are not going to overclock igpu portion of APU then do you really need to worry about 2 phase or 3 phase. I want to understand this SoC VRM concept specifically for Ryzen APU.

Ok. That’s really awesome answer. So if I give you choice
Asus Prime B450M-A , MSI B450M Mortar Max, Asrock B450M Pro, Gigabyte B450 Aorus M for Ryzen 3 3200g then which one will you pick.
I’m confused about how SoC VRM shared with igpu and memory.

I’m confused about how SoC VRM shared with igpu and memory.

There are two VRMs directly connected to the CPU, the ones for the cores and the one for the SoC (= System on Chip). IIRC the I/O-Die on Ryzen 3000 is powered via SoC-VRM, the iGPUs definetly are.

Memory VRM is a different section from that.


The lack of any heatsink on the VRM is not great.

ASRock B450M Pro4 at least has heatsinks (I have that board in my secondary machine, is good enough) 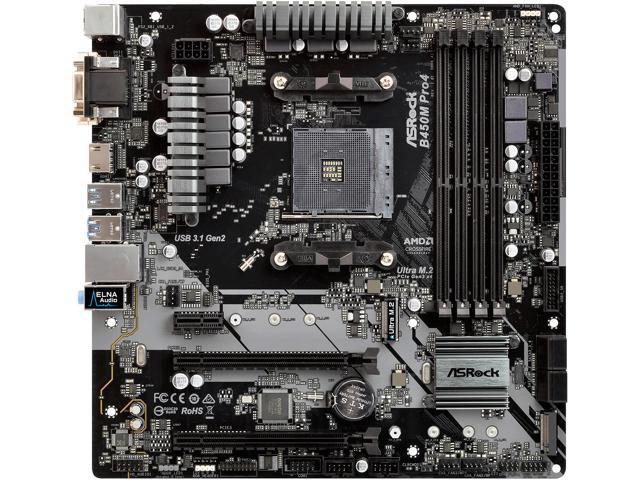 MSI B450M Mortar again, lack of heatsink on the SoC-VRM 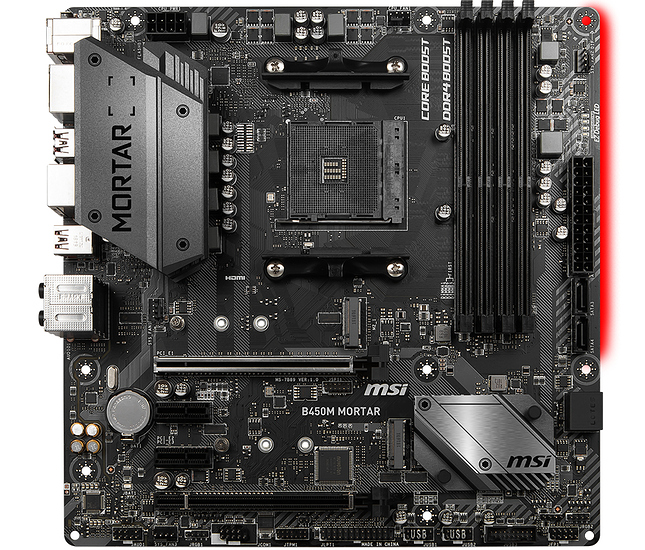 Asus Prime B450M-A That board is completly naked. Without some airflow over the VRM, that is going to run warm. 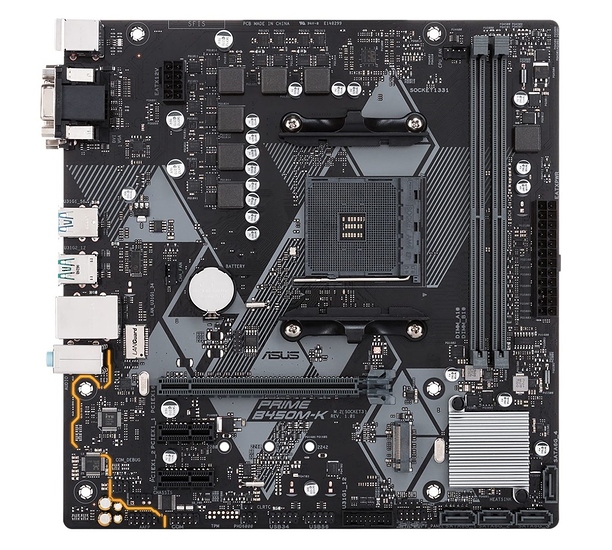 I would take the ASRock simply for the fact it has heatsinks on the VRM and the VRM is better than the one on the Gigabyte board.
Edit: Just noticed the Asus only has two RAM slots, not great if you want to upgrade memory at some point.

He (Buildzoid) had a year end rundown on the good mobos with decent features:

EDIT: For the best SoC VRMs, look for them in Gigabyte’s only ITX motherboard for the X570 Aorus line

That asus board is Asus Prime B450M-K written on board. Asus Prime B450M-A has 4 RAM slots. Asrock board is good but the problem is I’m unable to find Ryzen 3000 desktop ready board. And I don’t have 2nd or 1st gen processor to update the bios.
So I was looking for Mortar Max. Max version came with updated bios. But I was concern about 2 phase SoC VRM on that. Also if you are not planning to overclok it and just do little bit of gaming then heatsink on SoC VRM really matters? Also I have cooler master masterbox q300l cabinet, which has really good airflow.

My bad. The lack of heatsinks is still no good though.

Also if you are not planning to overclok it and just do little bit of gaming then heatsink on SoC VRM really matters?

It should be fine.

Depending on the CPU cooler you use, some provide airflow to the CPU-Socket area (the AMD stock coolers for example). That would help.

Also I have cooler master masterbox q300l cabinet, which has really good airflow.

Case airflow is not that big of a concern for the APUs, nice case though.

Buildzoid’s videos really confused me. At some point he says asus vrm on B450 is awful and at some point he says Asus tuf b450 pro gaming is good for APU. It also has 2 phase VRM, so if that board is also have 2 phase VRM and Mortar Max also has 2 phase SoC VRM which is better that Asus then why he don’t recommend that board for an APU.
That’s really confusing. I saw system builds on pcpartpicker. Most of them used Gigabyte B450m DS3H.

Thanks buddy. So you thing Mortar Max is good choice for ryzen 3 3200g. I know it’s still and overkill for that processor, but good for future upgrade also.

Honestly any board will be good enough for an APU even no heatsink ones. If you plan to use it later with something more powerful might be an issue. (even then would have to be 3900/3950x)

I also seen some build where they used Asus Prime B450M-A for APU build. 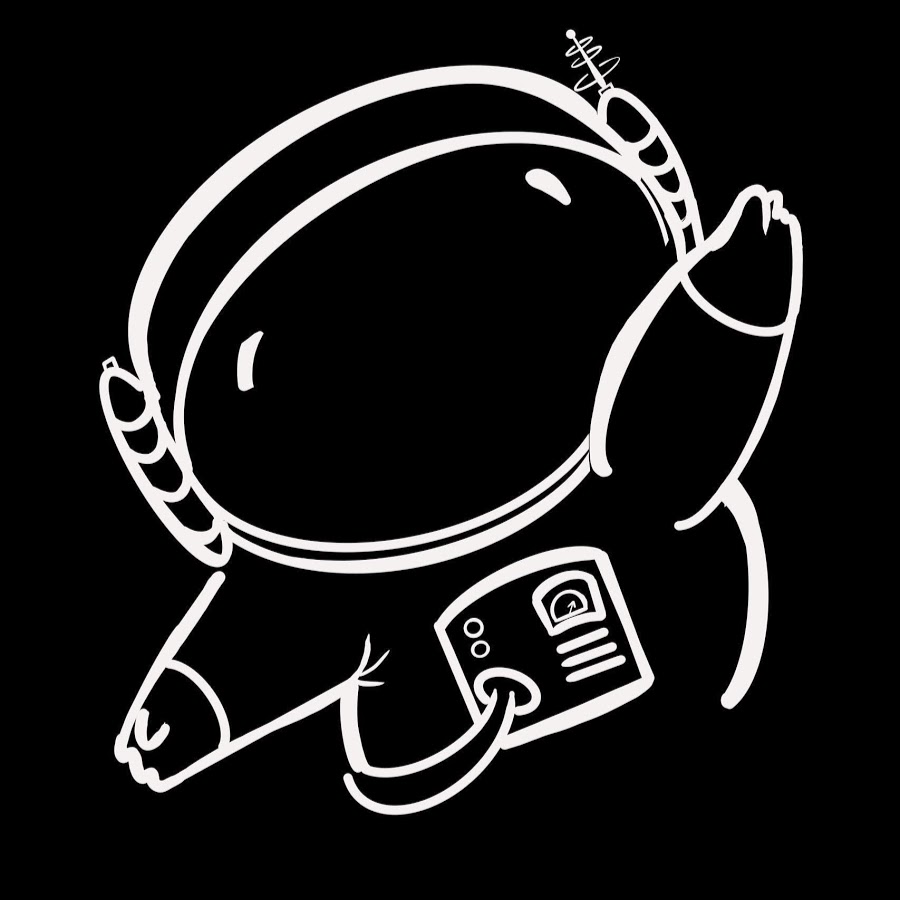 If you have good airflow you dont need one to be honest, just most cases dont or if you have a down draft cooler could also probably get away with it.

With coolers like this, heatsinks are of minor concern. 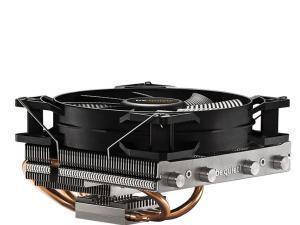 Yeah main issue is its pretty hard to get good airflow on those bad boys otherwise, there was that one AIO that had a little fan on it that I was like thats actually pretty nice 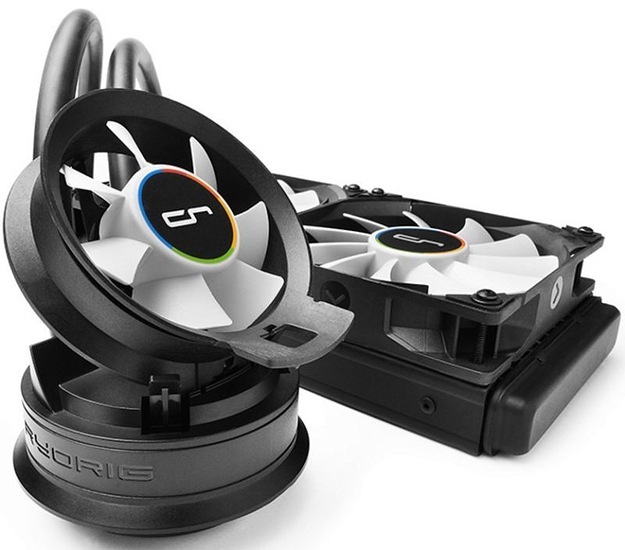 Which cooler it this? does it help to cool SoC VRM if SoC VRM don’t have heatsink?

Sorry I really don’t understand what are you trying to say.

BeQuiet Shadow Rock LP, it is one of the many down draft coolers out there.