My server is an ITX board and case and i can’t afford an Avaton board with built in SFP+ ATM, was looking at adding a network card to the PCIe (gen 2) 1x slot via a short ribbon cable and seeing what happens.

mostly i’m aiming at getting over than 1gbps as that may saturate with 8-16 IP cameras at anywhere from 1080p to 2k, plus normal file server duties and other stuff. i know bonding is an option but, it’s os configuration and software dependent.

i must not being googling the magic words to get the throughput rating a for a gen2 1x slot. i know i need at least 4x for 10gbps but, even if i could get part of that, assuming the card or chipset wouldn’t choke and shit the bed.

i think even a 2gbps would be a gain but, more would be better. bonding separates traffic so i wonder if i could also use the onboard NIC for certain programs if i had too. ie music sharing or file server duty.

EDIT: also the having trouble finding a really short ribbon cable. i have a tight fit and only need it to be a few cm long.

But here’s what I also found/

I’m not sure what was hard, I just googled bandwidth of pcie 2 x1. Google’s answer.

The 6Gbps SATA spec allows for up to 750MB/s of bandwidth, but the PCIe 2.0 x1 interface limits read/write speed to 500MB/s.

Basically, you’re going to get 4Gbps. You will need to use SFP+ because SFP is capped at 2GBps. Use a SFP+ DAC (Direct Attach Cable) for runs of just a few feet to your switch.

Also FYI, 1080p at 30 FPS only sucks like 8 Mbps, so you could do 100 cameras on gigabit. Even more so if they only record when motion is detected.

there’s going to be some driver overhead and MTUs ends up playing a role as well, but you should expect almost a gigabyte per second.

what cameras are you using?

i decided to “send it” bought 2 cheap PCIe 1x ribbon cables, i’m gonna try shortening and re-solder. should reduce resistance and crosstalk. if i mess up i have a second. couldn’t be any harder than doing and tablet and cell phone charger ports, as the solder pads will be no smaller if not larger.

EDIT: unknown on cameras, open to suggestions. i have a few i know i’ll be looking at for sure. (fon’t have model numbers and brands on hand)

I just want to put a bug in your ear.

Are you recording the video? You’re going to need at least a terabyte for each camera for just a couple days of video. Even if your network can handle the bandwidth the drives need to have the write speed available as well.

i have a USB3 Drobo have some 1 -1.5tb drives in atm and stack of 1-2 TB drives on a self. hopefully it can scrape by, if not i may build a system on an ATX tray and maybe make custom mount. as the network closet is wide and shallow. i also have a 512gb SSD in the itx server.

maybe i’ll look at plopping in a 2tb or higher in side somewhere, if i ditch the ODD or something. as it’s rarely if needed and i have a few USB ODD conversions.

Well i figured there was a good chance i’d screw up the first one. i suppose it would help if when turning down the heat i turn down the soldering station i’m actually using. Suffice to say i lost 2 pads and it was getting harder to jump the wires in lieu of the missing pads. i may try to revive it, it looks worse than it is. the part where i really messed up was not twisting all the stranded wires before tinning, they fan out during the soldering process and get close to or touch adjacent pads. 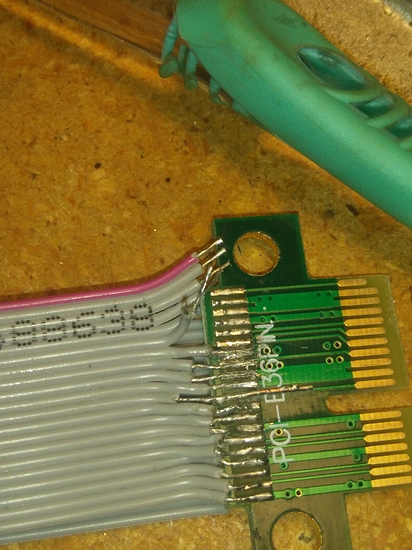 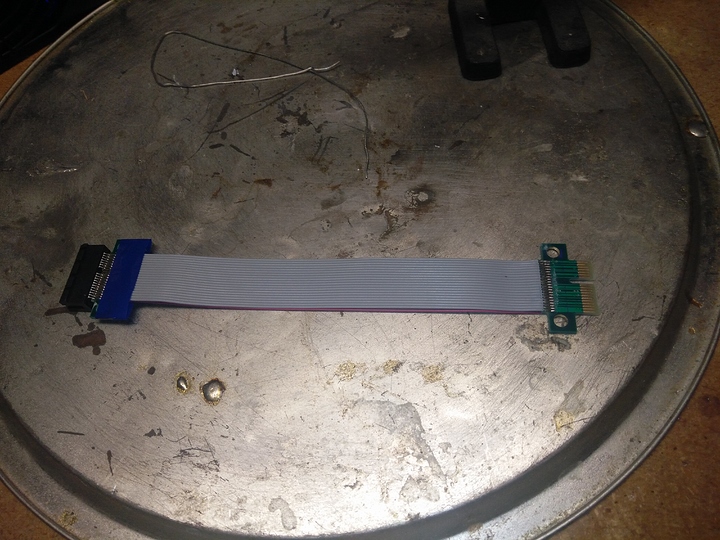 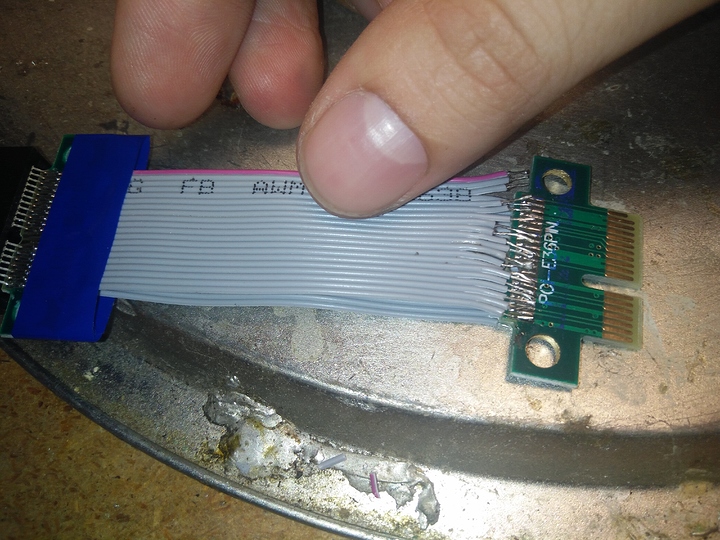 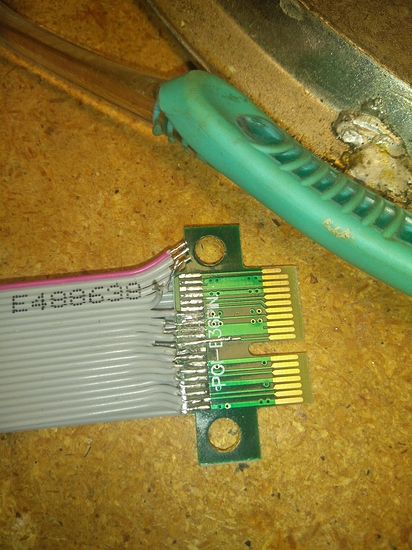 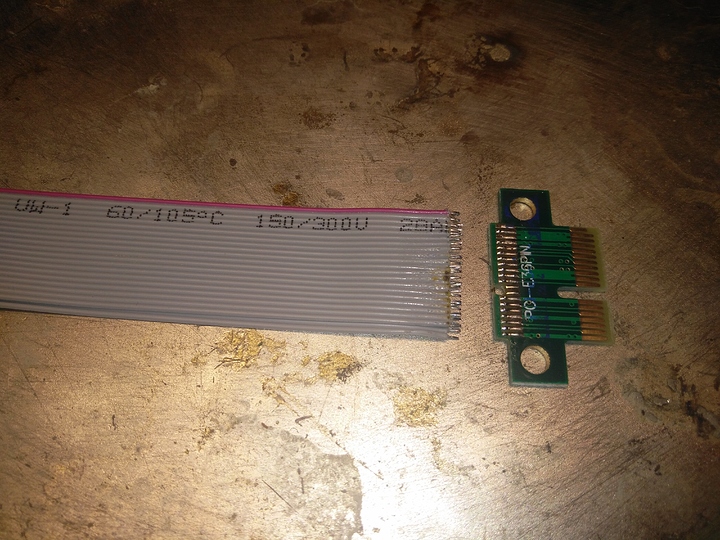 …and the order of the photos is all jumbled up

lol the good old rossmann strategy. it took me a little bit to get it all cleaned off for the photos. i found not twisting the strands together before tinning causes quite a few problems. mainly uneven joints as the wires fanout and kink, especially with the use of tools during cooling. 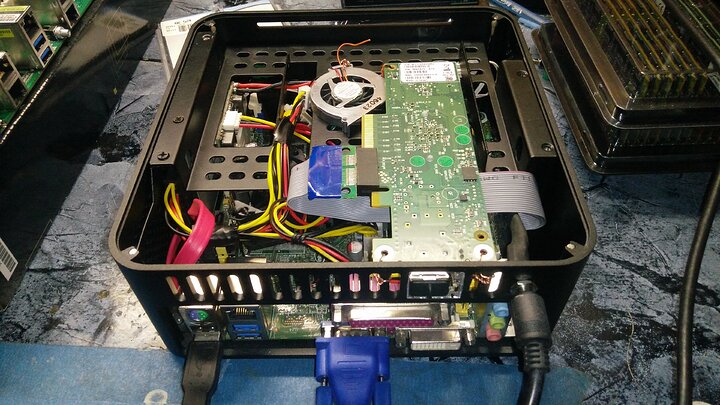 No way to test 10G yet without a second device yet or a TON of traffic to the server.

EDIT: Iv’e since built a real server in a qnap sized case with onboard intel 10G and AMD ryzen and a real raid card with raid 10 seagate iron wolfs