I’ve been looking through the benchmark leaks of the massive core count “Storm peak” cpu coming from AMD. I figured I’d start a speculative discussion on it. As I’ve thrown out in some other posts I’m coming up on the replacement schedule for my current workstation early 2023. I had considered building a system on a wrx80 board with a TR Pro 5000. Since this leak though I’m tempted to hold off. My workloads do take advantage of higher memory clocks, with ecc capability not a requirement. The idea of a “storm peak” Threadripper 7000 on high clock DDR5 memory (which will have normalized in price by next year thanks to wider spread adoption of DDR5) really wets the palate. But there is a concern I have that Storm Peak is not a HEDT or TR Pro CPU at all, and just their zen 4 epyc launch. What really has me concerned on that front was the revised AMD roadmap specifically removed the threadripper branding from “Zen 4c”. Curious what everyone’s thoughts are

Everything seems to just point back to the same wccftech article, which seems to be 90% speculation and 10% “there’s a new 64c eng sample amd proc that performs like zen4”, which really says nothing about Threadripper at all. People are really just running with wccftech, which is just wishful speculation afaik.

As long as there’s enough demand for a higher margin part, AMD can allocate as many chiplets as they want to that part. One of the advantages, and disadvantages, of chiplets. There are no defective 24c or 32c dies that they need to get rid of for whatever they can get for it. It’s all 8c dies, and if there’s a defect, it goes to becoming a 12c, 6c, or 4c on the consumer platforms, depending on the power bins.
Threadripper 1000~3000 basically existed because AMD didn’t have enough clout in the server space, and needed consumers to generate hype for the architecture so that datacenters would want it. TR5000 is coming out right alongside Ryzen 7000 because Epyc Zen3 is about to be replaced by Epyc Zen4, and that’s why it’s all “pro” and high margin low value parts. There won’t even be a regular TR5000 unless AMD still has too many Zen3 based chiplets lying around, and needs to generate some sales by releasing a better consumer value part in the HEDT.

I agree it is heavy on speculation, but earlier this summer AMD’s roadmap clearly had the threadripper moniker following the 3D vcache chips for zen 4, so I’d give it a little more than 10%. Although I believe it would be a threadripper pro, and the OG threadripper is dead as we know it

Second gen Epycs are getting affordable. Just sayin’
No idea what you do or what your workload looks like, but I got the CPU, MB and RAM for <$1000.

If you are gaming or your workloads benefit from high performance single core, don’t bother, but I really like my setup now. Playing games while re-encoding videos and running other virtual workloads on your desktop is neat. Plus IPMI is a nice to have when you muck something up.

Even still, I would be very interested to see how an Epyc 7F52 or even 73F3 compare to 5800X3D in gaming workloads.

I would ask Tom at Moore’s Law Is Dead he seems to have some really good AMD connections and may be able to get you more details.

I have definitely noticed the 2nd gen Epyc prices. In fact a 7313p followed me home already… that being said for the workstation build the higher base clock and boost clock would justify the extra cash. Using my validation workload my 10980xe beat the 7313p in processing time. Not a true apples to apples comparison because the core differences and the fact you can overclock the snot out of the XE (cooling dependent). I suspect the higher base clocks of Threadripper 5000 and the presumed insanity of Threadripper 7000 clocks would a huge benefit

I’ve been following him for updates. He hasn’t put anything out since these leaks this summer 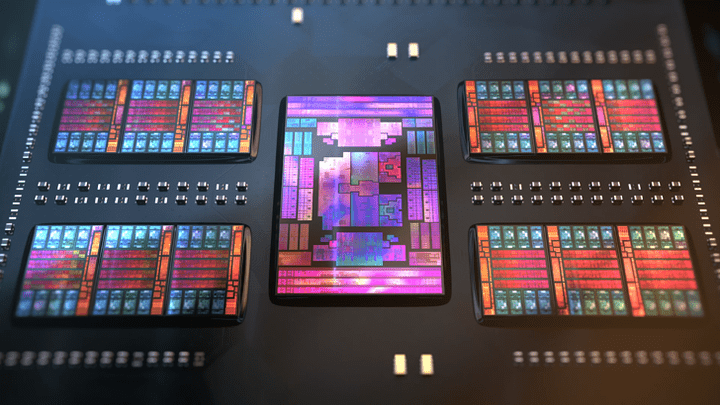