Ok I hope this is a simple answer I know it should be but I keep seeing conflicting info on the web and I need an answer.

Ok so here it is. Can I use This 980Ti + This USB expansion + This Asus Hero VII Z97 Mobo Without dropping the GPU to x8 due to a lack of PCI lanes?

According to the below image I am inclined to say yes I can. As the GPUs x16 lanes gets handle by the CPU (i7-4790) and the USB expansion PCI is handles by the Z97 chipset and not the CPU. 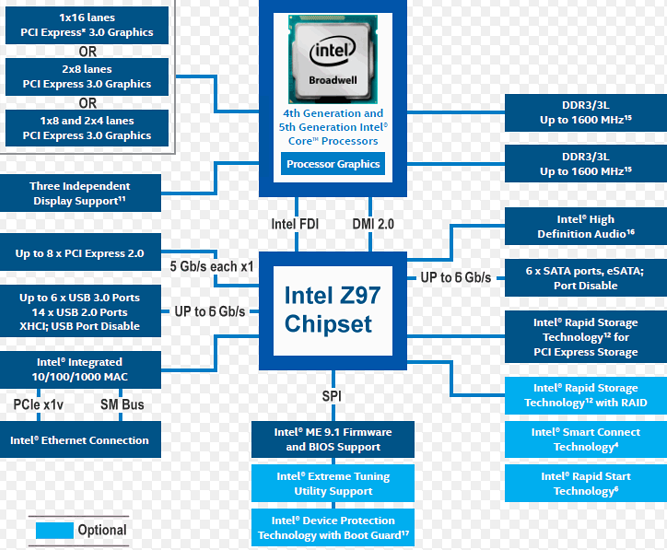 PS. I need this expansion as I got a HOTAS and need more ports on the back of my case.

Yes you won't be infringing on the x16 slot (though even if you were it wouldn't be an issue). The x1 slots are separate from the others as they are handled through the chipset and the graphics slot is handled through the processor (according to the diagram you gave at least).

Thank you so much for the answer. That is what I thought, but when I see several people on sites like toms say otherwise I got nervous. So I decided to come here and get the real scoop.

Well even if the card did run in an 8x slot the performance hit would be extremely marginal in a worst case scenario. Here's a thing i just found to back this up: https://www.pugetsystems.com/labs/articles/Impact-of-PCI-E-Speed-on-Gaming-Performance-518/

Been watching for almost a year but just decided to join the fourms now that i have some knowledge to spread :)

I also lurked for a long time before I joined and decided to join a community bigger than myself!