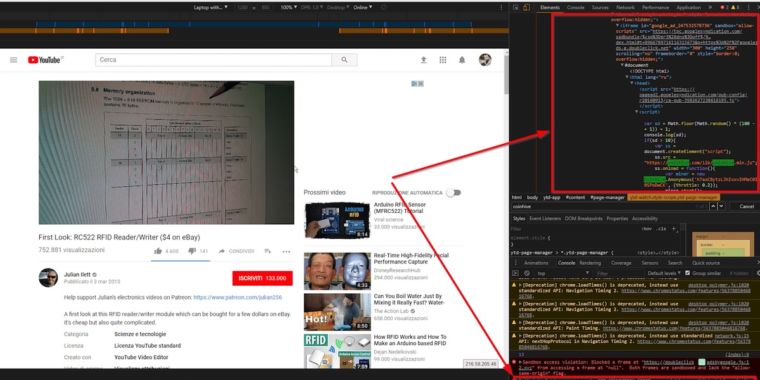 I think (by think I mean I am pretty damn sure) we taken ads too far.

Like why do we need ads in the first place? Nevermind the fact that ad revenue is free money (If ads are this dangerous, we be better off paying for YouTube, which is too bad since it was once free but still, it’s hard to maintain something so big).

The real problem here though seems to be freaking Coinhive making this web mining possible.

Damnit, regular mining is bad enough but this is essentially leeching.

What I find interesting is that YT is constantly raising the bar for monetizing creators yet they’re serving worse kinds of ads.

Well, YouTube’s downward spiral of SUCK is nothing new, been going on for years before I even had a clue why.

What do you mean exactly by raising the bar for monetizing creators? I know they been serving shit ads.

They are constantly increasing the requirements, they must have more subscribers and more hours watched per year.

Well before this turns into a witch hunt and I get called a shill you people actually think this was allowed?

Mining cryptocurrency through ads is a relatively new form of abuse that violates our policies and one that we’ve been monitoring actively. We enforce our policies through a multi-layered detection system across our platforms which we update as new threats emerge. In this case, the ads were blocked in less than two hours and the malicious actors were quickly removed from our platforms.

Yeah it sucks. Although if you plan on making money on YouTube, then your kind of asking for this kind of stuff to happen.

That said, I don’t really appreciate their systematic censorship they got going.

I’m sure no malicious ads are allowed, however they do exist on their platform :s

This is not the first time 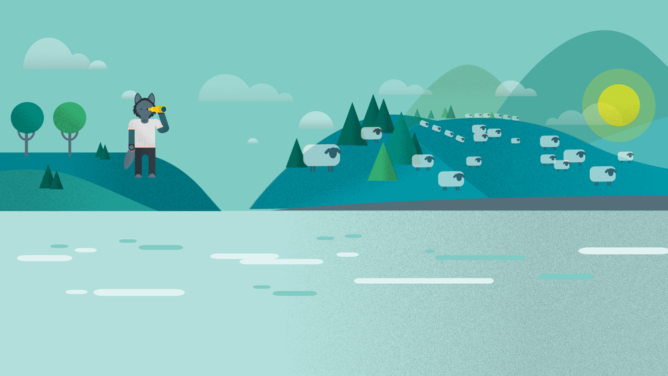 Spend any amount of time on the internet (without an ad-blocker) and you'll run across at least a few Google AdSense ads. They're everywhere—includin... by Ryan Whitwam in Google, News

Wouldn’t be far fetched if it was. Google benefits from having ad revenue so they won’t see it as a loss just because Coinhive is the one making more off the ad with cryptocurrency.

Unless it’s obstructing Google from getting ad revenue of course, in which case Google would definitely do something about it. That’s been the name of the game.

Although this doesn’t mean this is all Google or YouTube’s fault, obviously the problem here is Coinhive and the ads itself.

Alright, just making sure this doesn’t get taken the wrong way.

Browse faster by blocking ads and trackers that violate your privacy and cost you time and money.

I’ve been using Brave-browser for about 2 days, and so far it has blocked 484 trackers and 1593 ads. By default it blocks third-party cookies, ads, trackers, phishing/malware and tries to always use https. 47 websites forced https connections have I seen the last 2 days. It’s seams real easy to use, and the “little lion” in the top right corner gives you options of which protections to set, and it changes ONLY for the website you are on, so you can have different rules.

Brave is built upon Chrome/Chromium, and is being worked on by known people in the industry. Works on Linux/Windows/Android/Ios, ALLTHOUGH, Sync is “beta” between [email protected], but will be implemented.

What I found especially nice was that Chromium(chrome…) Can export password’s to a csv file. I dont know if its default or not, but if you go to chrome://flags you can enable it and then import you’re passwords to Brave browser, and the switching from Chromium to Brave is at least for me, seamless. Imported passwords, done, shit works.

I highly recommend looking into it, although 100% stability might not be the case yet, I’ve had 2 crashes so far (cant replicate) on Linux.

My 2 cents: I will happily contribute to websites that I like and use daily, but mining bitcoin in my browser to someone without me knowing? Well, HELL no!

My 2 cents: I will happily contribute to websites that I like and use daily, but mining bitcoin in my browser to someone without me knowing? Well, HELL no!

Agreed, on the other side, I’d help some sites by mining if and only if it was an opt-in setting (but not a confusing pop up with an OK button and no X to close like the windows10 updater)

In theory, if coinhive.com is in the hostfile beeing directed to 127.0.0.1, it should do nothing, right?

“Both scripts are programmed to consume 80 percent of a visitor’s CPU, leaving just barely enough resources for it to function.”

I might be a minority here, but I would rather a website use a small amount of resources mining, than having to see ads.

They should give people the option. Nothing should happen to your hardware while browsing without your knowledge.

I agree with full disclosure, but I think it would be a nice option to have.

Simple truth is that once publishers are made aware of coinhive it will just be one other thing added to ALL of the other crap that they plug into their websites.

and by nothing I am talking about companies like oriel which give content obscuring scripts to publishers for when ads are switched off.

“To view this content please disable your adblocker” sort of nonsense…

which is nonsense considering quite a bit of the time THEY HAD TO SWITCH OFF ADS JUST TO SEE THE CONTENT.

It’s not only youtube at all. Happens a lot more places, such as in gaming etccc.

It’s neither a drm issue or intellectual property rights issue, though it’s one hell of an excuse to hide code in any executable / program with those carefully chosen technological and other kind of wordings, called “explanations” Or whatever else, as long as it suits it’s purpose.

Looking forward to the day, when all the who populist call “tin foils” get their chance to laugh back

He who laughs last, laughs best.

“Both scripts are programmed to consume 80 percent of a visitor’s CPU, leaving just barely enough resources for it to function.”

My limited experience of this is while it does use up system resources, it runs at a low priority. In other words, it doesn’t just hog your system resources so nothing else can use them. If you were to leave a mining page open and not know it, then start playing a game, it would play the game and the miner would get very little work done. Perhaps there are other versions of it that do in fact bring a system to a crawl, but I haven’t seen that myself.

I can’t remember really seeing ads on YouTube in forever. A few times recently one started to load when opening Firefox with a YouTube tab loading before uBlock Origin, but that is more of a Firefox issue.

I really wish YouTube acted more like a middle man that directly connected content creators to sponsors vs trying to jam ads down people’s throats. That probably would happen if their ad revenue went down the toilet, and with how long ad blockers have been around I can’t even remotely comprehend why this hasn’t already occurred. Having ads totally unrelated to the content, sometimes in direct opposition of the the content, seems mostly counterproductive. Unless the plan is to anger their non-target audience in to raging about it online, therefore spreading their name.

I guess the people not smart enough to have figured out what an adblocker is by 2018 is potentially the same kind of person to spout off on the internet about how an ad made them angry.