Yet another frustrating thing about "Linux". Lowest denominator refresh rate

Hi guys.
This is more complaining, but also a question.

I have come across yet another thing, that I feel like shouldn’t be a problem in 2020. How come many of these operating system can’t deliver 144hz desktop refresh on one monitor, if you also have a 60hz monitor going?
What I am saying is: Choppy animation on 144hz monitor. Turn off secondary 60Hz monitor, all animations now runs smoothly at 144hz.
The lowest refresh rate becomes the common refresh rate… Great…

From a “consumers” perspective, one don’t care who is at fault here. What one do care about, is that this is yet another thing that is in the way.

And before someone say you can’t see a difference. Yes you can.

The question would be, can I get the desktop to work on each monitor with their respective refresh rate, or do I have to do something extensive to make it work?

This is apparently being fixed in the upcoming Gnome release.

Sounds good, but when will that happen?

It releases when it’s ready.

And that is exactly the problem with “Linux”. That way of progress is stalling or downright killing the chances of becoming even a remotely mainstream worthy choice.

I mean, you get frustrated with the experience and use of the OS, just by using it at it’s simplest form.

This is actually the benefit of Linux. There is no hard release date on a lot of software, so you don’t have incomplete software being released.

To call this stalled progress is to expect the free labor of others. To expect that is unacceptable and greedy.

If you want things to go faster, get involved.

There actually is a schedule, so have a look here:

Look, I knew I would get that aspect presented rather quickly. What many seem to not understand, is the aspect of recommending Linux as an solution to newcomers. You just can’t recommend or expect Lunix to be viable in any way, if the mainstream user is greeted with, is a slew of annoyances, that simply works on the competing OS solutions, from which they came from.

To be honest, the whole “Fix it yourself”, “It’s free” and “If you don’t like it, you can just leave” are also problems with Linux.
I don’t see how people can invite others over to linux, by proclaiming “everything is better here” and then, when you arrive, the pool is filthy, the ladder is broken, the pool pump doesn’t work, and the
instant you point it out, you get told that "If you don’t like it in the pool you can F of.

Then, when you then leave the pool, to jump in another linux pool, a bunch of people start screaming “Stop pool hopping! Stick with one pool!”.
You decide to stick with the first pool, but you naturally ask when the pool will be fixed and you are again met with, “Fix it yourself or just get out”…

Sadly the Windows pool just works, even though they clown around and make the users the beta testers.

Linux needs to be way more accessible and have way more focus on the experience for the average user.Linux needs a lot of average users, before hardware manufactures etc, puts effort into supporting linux fully.
Linux needs more users, and it’s not getting them because it’s focus and priorities are all wrong.

Linux needs to be way more accessible and have way more focus on the experience for the average user.

Actually, this is a good point.
And the strides made by devs in the last 10 years seem to be showing fruit and promise.

No arguments about this, more users would bring more focus from hardware vendors.

Microsoft have put in a lot of manhours to make their system compatible, and work.
The have also invested Billions of dollars to get their systems in schools and users dependent on their services.

I don’t see any truly open source project being able to do the same, but Google is doing good with their chromebook/tabs in schools, that might pay off in 10 years

my operating system can’t deliver 144hz desktop refresh on one monitor, if you also have a 60hz monitor

Have you addressed this with the Pop!OS team?
They might not prioritise a non-customer, but they truly believe in their system, and might help out, which would directly benefit their customers, and if they make a fix, they upstream it for others to benefit too

You just can’t recommend or expect Lunix to be viable in any way, if the mainstream user is greeted with, is a slew of annoyances, that simply works on the competing OS solutions, from which they came from.

I unfortunately agree with you there. Theres a lot of projects that people use in linux that aren’t a compiled appimage or other similar executable and I skip them. If an app is QT or GNOME I’ll often try to center on one or the other, but then you get the one app that is ONLY QT or ONLY GNOME, etc. And similarly, I have to question why we’re not the ones thinking of the ideas that apples coming up with, such as KDE Connect getting files from your android device and auto-displaying them in libreoffice, or whatever other cool ass shit they showed at WWDC this year. Why don’t we have cool shit like that on the USER side?

Well, unfortunately we have a problem of too many engineers and not enough designers, as my grandpa would say. Since we have SO MANY PEOPLE its honestly more common to find a linux podcast for DEVELOPERS than USERS.

Is that a bad thing though?

Well, I’ll tell you right now, windows is snatching a lot of stuff from gnome, and OSX is getting VFIO stuff going for PARALELLS. In 2 years you’re gunna have a drop down selector for what GPU you want in a VM in OSX/11. Thats because of linux, and partly by the way, by people on this very forum. If that doesn’t excite you then you’re daft.

Linux unfortunately doesn’t have a loud user side. Its users are largely the people who make its content, so often a lot of things are cyclical in logic, though I feel like theres an early warning label with gnu on that end… lol

my operating system can’t deliver 144hz desktop refresh on one monitor, if you also have a 60hz monitor

144hz has to be primary monitor

That way of progress is stalling or downright killing the chances of becoming even a remotely mainstream worthy choice.

I strongly disagree on this point. New code should be tested, and when the developers and maintainers think it is ready, it should be released.

You also are inconsistent on this point.

You say that because the Gnome project does not release new code constantly in new versions as soon as it is working(but not necessarily stable), that this “way of progress is stalling or killing the chances”. So basically, because Gnome is not making their users beta testers by releasing a stable version before it is ready, they are killing (desktop) linux.

But, in newer post you say “the Windows pool just works, even though they clown around and make the users the beta testers.” So you are saying if Microsoft releases code that is not stable yet as a stable version, they are clowning around, and doing something that is not good.

What I am saying is, that Windows, works despite clowning around, but “Linux” can’t even get asynchronous refresh rates to work in 2020.

I’d be surprised if many of the devs actually working on the code have mixed refresh rates, with higher rates being a relatively new thing, and the overlap is limited between coders and gamers limited.

Apart from Chrislifts, he’s firmly in the venn crossover…

But multi monitor support has got hugely better in the last 5 years, coming along leaps and bounds

The Linux devs I’ve seen use a single monitor, often a laptop, and they are the same refresh rates. Linux/DE devs don’t understand the plight of true master race IE larger than 1080p and greater than 59hz. 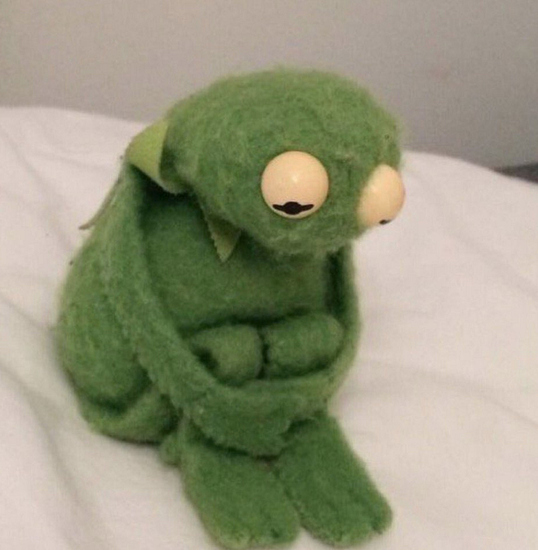 Sorry mate, but it does not seem to work for me.

…Yet… some, like Wimpy of 'buntu has some gaming gear, and the support of said gear has got markedlt better…

Like, he got an intel Nuc, and shortly afterwards, performance improved on it. Then he got an external GPU off Razer… and that’s got better…

Did you save to an xorg.conf file? Can you upload screenshots?

I have gotten this to work on POP_!OS, Arch Linux, and Debian versions of Gnome.

…Yet… some, like Wimpy of 'buntu has some gaming gear, and the support of said gear has got markedlt better…

And I get that (and I greatly appreciate that) – But it is slow going.

I see both sides of the argument. Hence why I use FreeBSD