I got a refurbed 2013 xps 13 from amazon and the charger shipped separately. The laptop shipped with 100% charge. The 45W one would not charge the laptop however the battery didn't decrease when plugged in. Looks to be this one. I went to a near by store and got a 90W ac adapter. It charged the laptop to 36% would not go any further. In the bios it says the battery is working properly. ONLY with the 45W one it said it had an issue detecting which I took a picture of. I also included a picture of it saying supposedly its going to charge in 2 hours with the 90W ac adapter. I have been waiting over 2 hours and it hasn't moved. I have tried different power strips and wall outlets with out success. Any suggestions? 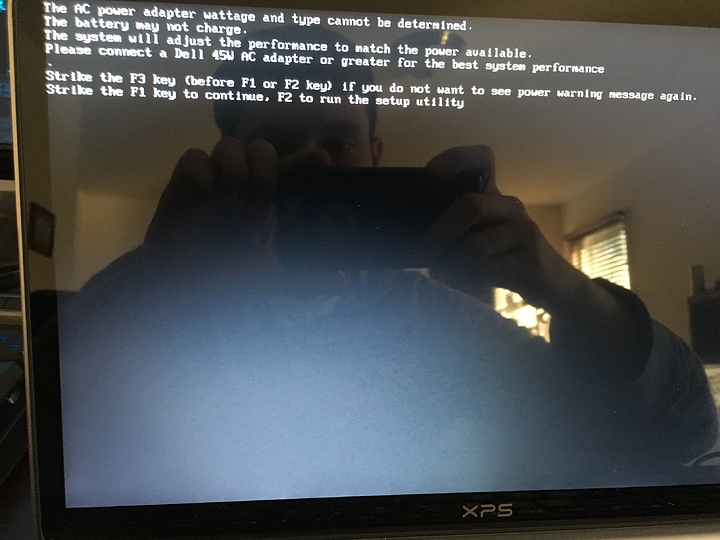 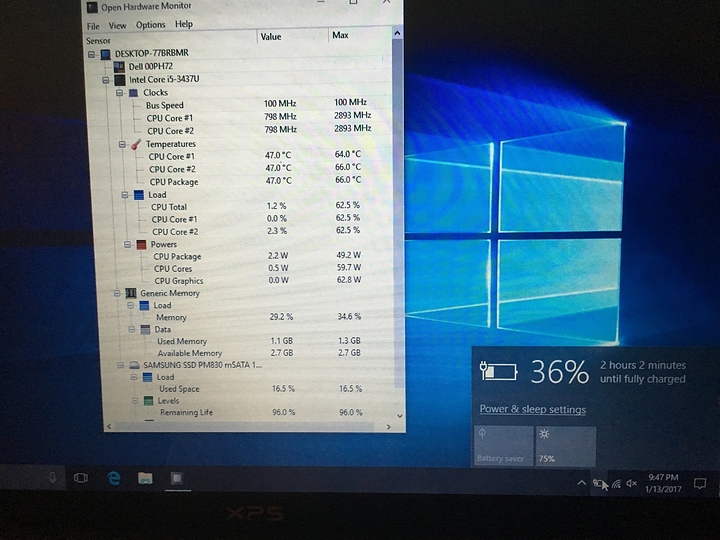 My best guess is that the motherboard has some kind of issue communicating with the charger. If two different chargers don't charge it, than the motherboard probably has some kind of issue. You can try to clean the charging port with canned air or something along those lines to free anything that might be physically interfering with that communication. If that doesn't work, I say return it and get your money back.

ok thanks I will try that