Want to sell my extra HTC Vive wands that came with my Vive Cosmos Elite HMD that I purchased in July.
I thought I would use them for some projects after I received my index knuckles but they have been sitting collecting dust. 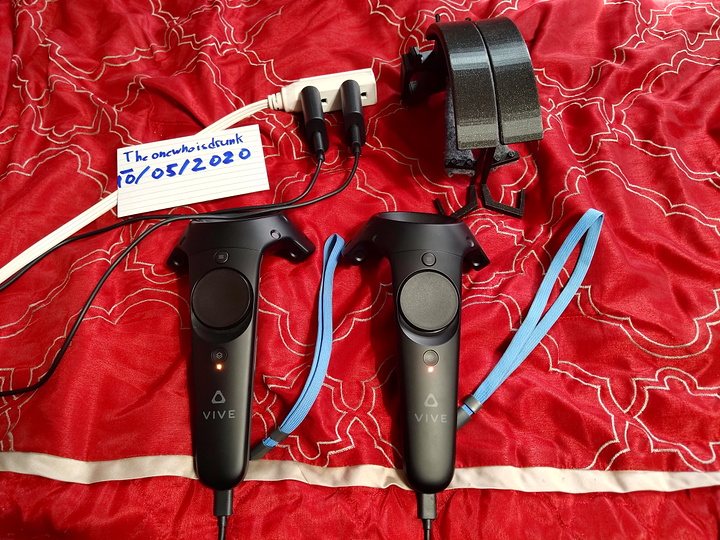 Controllers1200×900 1.88 MB
Tracking feels alright, very consistent when playing beat saber but also somewhat lacking. Touch pad is okay but clunky for an interface. Will include the charge for each controller.
If both purchased will throw in the index like strap for the controller. First come first serve.

Thank your for your time!

Hey, first time here and I don’t know how to respond but I’m interested in the two watchman dongles if they’re still there.

Yes, still available. We can go to PM’s for address and payment. thank you for stopping by.

Hey, I’m interested about that too, what should I do ?