It has an X360Dock installed.

The X360 Dock allows you to play your "Legally" backed up games, in .ISO form, from a flash drive or external hard drive. 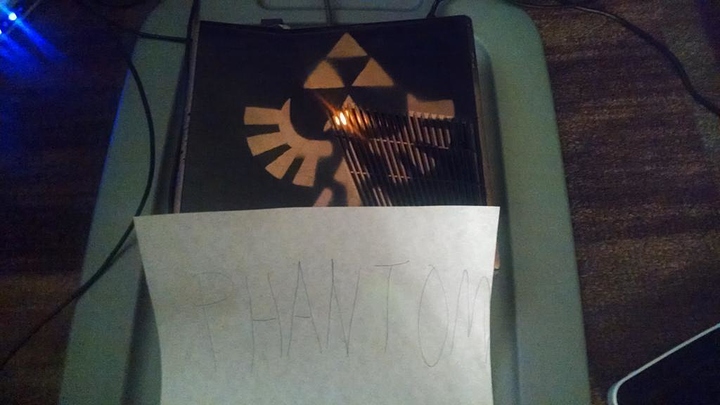 There's the picture of the paint job. It is quite old, and has faded/chipped a little, but is still a nice looking tri-force. That pattern is on both sides. 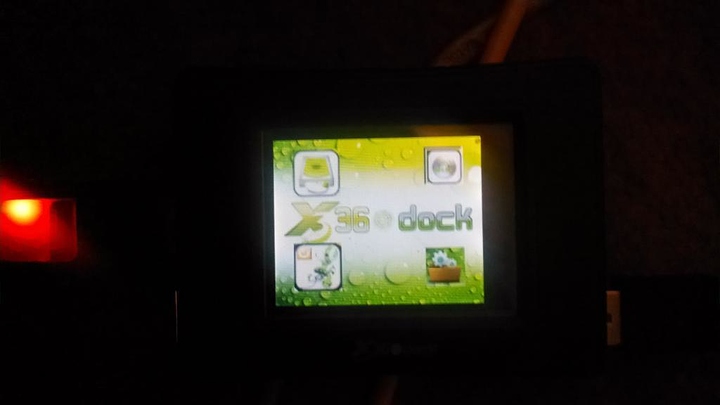 There's the x360Dock. It is a module that attaches to the Xbox via USB, and your Flash drive/External plugs into it.

You select which game you want to play from the screen, and it will play it. 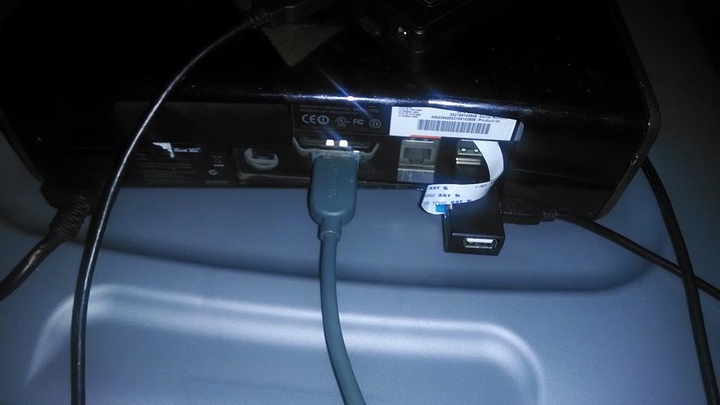 This shows the USB dongle plugged into the xbox. It is a passthrough, so you can still use it as a normal Xbox.

Now, for how it works.

Inside the Xbox sits a circuit board. That board connects in between the Xbox and the DVD player. Basically, when the Xbox asks for the game data from the DVD player, it gets it from the Chip instead. Tricking the Xbox into thinking you have whatever game inserted.

Because of the way it works it is COMPLETELY ONLINE SAFE.

My Fiancee's brother is a heavy COD player, and plays constantly online without any type of ban or anything. Has been online constantly for the past year.

Here is a video explaining how to use it. (its for the Fat 360, but the process is the same for the slim)

Now, about the Xbox. I did this because the DVD drive did not work. So that is a downside. The tray would not open all the time, and disks would not be read.

When I was installing it, the ribbon cable for the front panel was damaged. So you can only turn it on via controller.

THIS XBOX CAN PLAY ANY XBOX360 ISO. (for backups only, legal purposes, and such)

More info can be provided upon request.

From where would you ship this?

I live in the US. I would only like to ship to the US, as well. Import/Export taxes are crap.

Taking the price down to $120, free shipping anywhere in the US.