WTF is Dungeons & Dragons? Find out in this thread

If you want to learn more about Dungeons and Dragons check in on the Table Top Gaming thread on the forum! It's green-yellow in color near the bottom of the categories.

"D&D is a game of your imagination in which you participate in thrilling adventures and dangerous quests by taking on the role of a hero- a character you create. your character might be a strong fighter or a clever rogue, a devout cleric, or a powerful wizard. With a few trusted allies at your side you explore ruins and monster filled dungeons in search of treasure. The game offers endless possibilities and a multitude of choices- more choices than even the most sophisticated computer game, because you can do whatever you can imagine." -D&D Players Handbook 3.5th edition 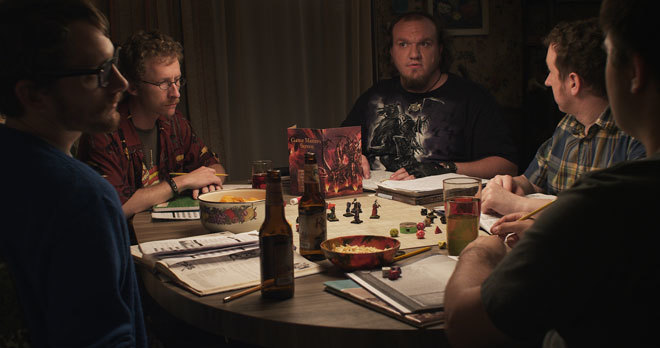 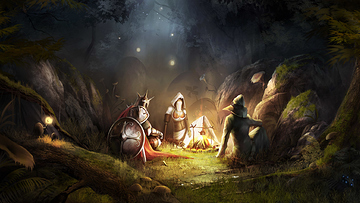 Sounds great right? That's because it is, although unlike the before mentioned computer game a D&D game is only as good as It's Dungeon Master (aka Game Master) and the sum of It's players. So that's all well and good but what really is it. Well...

I'm sure you are getting tired of quotes so let me elaborate on what the writer meant. While D&D involves imaginative scenes, interaction with local NPCs, and cunning use of skills, It also uses an in depth grid based combat system like a turn based strategy. Which personally is my favorite part as a DM although mostly because I'm bad at roll playing NPCs.

So how does one playeth the Dungeons and Dragons? We'll I suppose you'll need two things, a players handbook of whatever edition you are intending to play, and a Dungeon Master. I can give you the first one in a PDF form but the second one is harder to find. If there is enough reception here on Tek Syndicate I might consider trying to give Roll20 a go. Roll20 is an online tool that allows players to play D&D as if they were together with a battle grid, layer tools, sound system and everything.

Oh and you'll need one of these 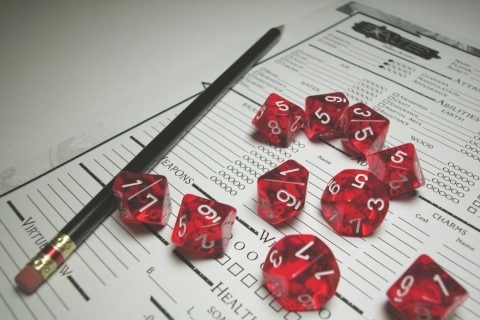 But you haven't explained dice yet!

Right I suppose I got a little off topic. Dungeons and Dragons is a d20 based system. This means that the deciding factor for actions in most cases is a d20 (A 20 sided die) with relevant "modifiers" added to it. In action It's pretty simple and is practically the standard for table top RPGs other than the d10 system that role playing games like World Of Darkness uses.

Want to convince the panicked crook to lay down his weapons? Make a Diplomacy or Intimidate check using a d20+skill ranks+ability modifier. Then the DM will compare that number against the Difficulty Class DC of the check to see if it succeeds, fails, or fails spectacularly. 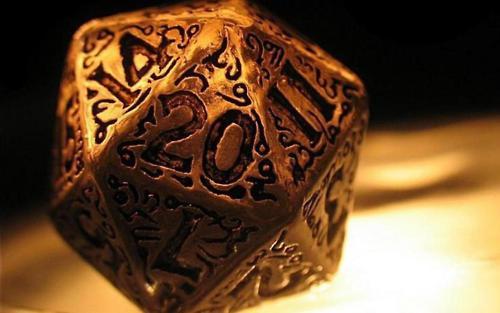 Want to know more? Want to hear D&D stories? Want to discuss games you've been in? Comment down below!

You made it to the end!

I haven't played in about 14 years. Largely due to not really knowing anyone else who's into it. I've always been curious about the online playing options that I see come up every now and then though.

It's tough because it requires you to be social. There are plenty of forums out there, maybe including this one. Also Roll20 has a feature where you can look for people starting games. Although Roll20 is a powerful online tool It's not the same as having physical figures to look at and a table.

If I invite Tek Syndicate members to a game I'll try to remember to ask you. It's a shame I can't take my things to LAN Syndicate

D&D is my only continuing family tradition/activity. Still relatively new to it but my uncle, cousins and myself have been playing on a weekly basis for the last six months or so.

Nice, I could never imagine doing that with my family but I also don't exactly get along with them... But Ive played Dungeons and Dragons for about 4 or so years now. A few years ago my old DM moved to Texas so now I'm carrying the torch teaching youngers to play it. D&D is great routine activity to look forward to that I know has helped alot of people.

Just started playing with my family. My dad played some when he was younger and I recently bought the books because it looked super fun. Also a couple of my friends play and I'm thinking of joining them via Skype at some point. Super fun!

If you are playing online you should suggest using roll20, D&D without an efficient battle grid just isn't D&D

Will do thanks for the help!