Would You Upgrade From Intel and Nvidia to an All AMD Build?

x99 is a great platform, and like you said, it does offer great flexibility and flexibility. Virtualization is actually what I'm looking into in terms of my future career, so that will be something I'll have to think about when upgrading.

Because then they realy have a huge mountain to climb.And i´m not realy sure if they are in that financial state right now.

And yes, realistically it will be hard for AMD to pull through with Zen, but I think Intel may have gotten too lax over the years. Maybe not in terms of quality, but in terms of innovation. Perhaps, with enough enthusiasm and optimism as we can muster, AMD might be able to pull something out their rear ends and surprise us. In a good way, haha

Ah, I believe I speak for everyone when I say that we weep for our brothers and sisters down in Australia, when it comes to Internet service providers and cost of enthusiast computer components.
Hopefully Zen might offer a better price to performance over Intel in Australia. One can hope, right?

Certainly reasonable. With Intel you're purchasing a standard of performance that you can rely on.

I could have just as easily gone with the Intel platform (X79 or Z77 would have been the choices at the time), but I wanted to try my hand at wringing every ounce of performance out of the underdog chip (thermal output and power consumption were non-issues). I succeeded, and the resulting performance has been perfectly acceptable for what I use my machine for. Luckily for me, I do not suffer from, or concern myself with, benchmark-envy so I've been satisfied. And with my R9 290X having similar tuning magic applied, I've been chugging along happily both through my work as an engineering major and gaming at 1440p.

Plus the ol' girl doesn't look too shabby in her age, doesn't she? 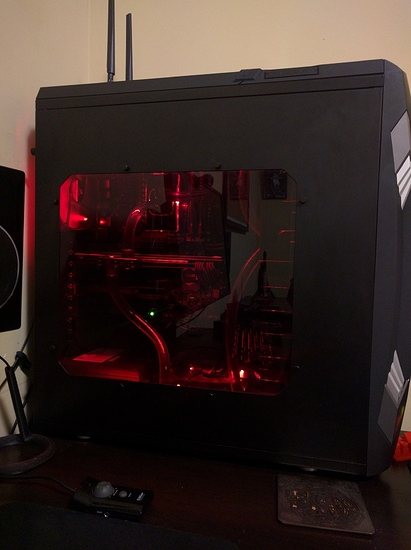 And yes, realistically it will be hard for AMD to pull through with Zen, but I think Intel may have gotten too lax over the years. Maybe not in terms of quality, but in terms of innovation. Perhaps, with enough enthusiasm and optimism as we can muster, AMD might be able to pull something out their rear ends and surprise us. In a good way, haha

Well it depends a bit on how look at the the term "innovation"
Intel might now have been that innovative wenn it comes to raw cpu performance in the mainstream desktop market.
But they did add a few very usefull instruction sets to their cpu´s since Haswell, like avx2.0 for example.
This instruction set realy does improve certain workloads like rendering for example allot.
And they also added vt-d support to their Unlocked sku´s since devils canyon.
Also with the newest Skylake Z170 platform, the dmi bus is now pci-e gen3, which also is a realy nice improvement in terms of flexability with connectivity arround the board.
And ofc there are also some other things like NVME etc.

Good points all around, but I can't help but think that AMD would have those features as well if they had the kind money to throw at that kind of tech. AMD simply can't afford to change their chipsets and architecture that often to support those new features.
I guess I was thinking "per core performance" when I said "innovation". Thanks for that correction.

i could build a new system today....
but i am holding out for ZEN i really don't want AMD to go under.

i would go AMD cpu & GPU if it's worth the cash

heck if i see a AMD re-brand SSD at a good price ill add that to my cart.

Whats your experience with virtualization on AMD (if any)? Im currently planning on getting APU based rig and getting dedicated GPU (in the long run) to run more demanding games and toying with Windows VM with full hardware passthru for max performance but im regularly reading on how AMD drivers (open source or not) are "not great" in some cases (Fury X for example) and that leaves me in a position where on one hand i want to support AMDs push for open source and on the other hand - i dont want to get hardware that gives me problems or just cant do what i`m planning.

I`m asking mainly because i have zero experience with virtualization on AMD hardware and passing thru GPU to VM.

Zen will definitely be allot better then the current Buldozer architecture.
Even the CMT design on Buldozer wasnt that bad exaly.
But that cpu design basicly started as a server chip design, and there for they were exaly realy good that time.
But for the desktop it was a bit of a diffrent story.

I personaly dont have that much experiance with gpu passtrough wenn it comes to a windows vm under linux host yet.
Because i currently have only one gpu, which means that i cannot passtrough.
However AMD allways had a pretty good support for virtualization and pci-e pass trough.
I have runned a couple of linux vms under a windows host, which works pretty well.

But if i read your current idea´s.
I´m not sure if an apu system based on current kaveri or carrizo apu´s would be your best bet.
I think that your best bet might be Skylake if you could afford.
The Skylake 6700K has an igpu aswell which you can use for your linux host.
And then you only need 1 gpu to passtrough to your windows container.
This is basicly the same with an apu based system.
But The big plus of the skylake chip will be it comes with 4 cores 8 threads, so that will be handy for your virtual machine.
And the per core performance and ipc is also allot better then current amd apu´s.
Which will only be better for your games that you want to run within the vm.

Of course with Zen this might be a diffrent story.
Specs wise zen looks pretty promissing.
But ofc only time will tell.

Broadwell-E. 6800K or 6850K probably.X99 platform.The reason for this, is that i like to play arround with virtualization

Whoah, wait, wuht... Broadwell-E 6850K, u gotta use that puppy, like at least passthrough graphics to a gaming vm running something escapist like FO4 or such so u can flip outta Debiansville™ & into the wastes while u wait for apt-get upgrades to finish... I mean...

I use le Dell Vostro 430 d'Shitte for Xen and it skips along with multiple vm's doing a harvest dance...

My idea was indeed, to grab one of the broadwell-E sku´s.
And buy one of the new polaris or pascal gpu´s.
Planning on using the 7870GHz for the linux host, and the new upcomming gpu for the windows kvm container
Atleast thats the idea i have in my head.

Seriously, most modern hardware supports at least vtx, some even vt-d and more, actually that's a point ensure you check BIOS/CMOS carefully as many desktop & often enough even rack servers have these features turned off.

You'd seldom attempt the above on the new Mr ShinyBum 9000 desktop of loveliness, would you? Old parts are great, because you're not afriad to cause the kind of shiz that you will one day need experience in dealing with.

Trust me when the back end falls out of a production system you will need to be able to remain calm and walk things through their paces, all around you other techs may, & definitely a bunch of managers will, be completely and not-so-silently having a nervous breakdown and requesting updates and explanations and guarantees from you every, oh I don't know, 27 seconds to 3.33 minutes...

So you will find yourself supporting some ridiculous stuff that is actual production HW. I saw an ISA port only a couple years back. Fo real reals. Yeah, I know, right?

ISA port? I had to look it up, lol. Then again, I'm a bit of a noob in the tech space, having only built my first computer less than a year ago. 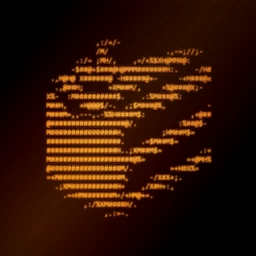 A year and a day ago it was a thing you had yet to do, and possibly caused you a little trepidation. Now you're all like "Hey, nothing on TV, I'm going to build me a hypervisor out of spare parts, see if I don't"

But if i read your current idea´s.
I´m not sure if an apu system based on current kaveri or carrizo apu´s would be your best bet.
I think that your best bet might be Skylake if you could afford.
The Skylake 6700K has an igpu aswell which you can use for your linux host.
And then you only need 1 gpu to passtrough to your windows container.
This is basicly the same with an apu based system.
But The big plus of the skylake chip will be it comes with 4 cores 8 threads, so that will be handy for your virtual machine.

That is a v.good advice imo, but - i can build A10-7870K based system for cheap and that system can play "older" games with no problem, second thing - i can add GPU as time passes to get better performance (orsell that APU system and simply get a new rig). Getting a Windows VM is not my main goal, so im not that focused on that (and that APU has "only" 4 cores). Another thing is voting with my wallet - even tho AMDs open source drivers can be hit and miss i still prefer that to nVidia route - Gsync may be interesting piece of tech, but its still proprietary bullshit and for what it does Freesync is not only cheaper, its a VESA standard and generally it looks like nVidia wants to make it a walled garden sort-of which i don`t like - AFAIK there is no nVidia - Freeesync compatibility, so they just are pissing on a standard. It just seems childish.

As you see there is some ideological bias in my decision making, thats why im sharing my thoughts - i want to go open source (GPU drivers in this case) as much as it is possible, and i`m on a tight budget ;)

Well thats fair enough.
V-synq is indeed definitely cheaper. G-synq monitors are rediculous expensive.
The AMD drivers for linux seem to be a bit buggy indeed.
Hopefully AMD or someone else fixes that someday.
Since i personaly also own a AMD gpu.