While on some boards that is the case, that isn't always necessarily true. Some may be physically 16x, but not electrically. The contacts may simply not go anywhere. it doesn't look like there are any electronics next to the connector beyond a 4x connection, whereas the blue slot has PCIe circuitry all the way down the side of the connector.

@chiefshane could you tell us what model of Dell desktop you have there? That would make it a lot easier to tell if it's 4x or 8x. It shouldn't matter all that much anyway - Electrically the graphics card won't care if it's 16x, 8x, 4x, 2x or even 1x. It's whether the card will physically fit into the case, which doesn't seem to be too much of an issue.

While on some boards that is the case, that isn't always necessarily true. Some may be physically 16x, but not electrically. The contacts may simply not go anywhere. it doesn't look like there are a

You see the pins on the top side(on the black connector in the original picture), if they weren't there it would be be only physical not electrical, but they are. No manufacture would put the pins on the top side to no where. Please provide an example where they pins are on the top of the board and not actually wired, that extra pins cost money and no manufacture would add them if they weren't electrically connected.

I can offer you two examples immediately, one full and one partial.

First example, from a piece of hardware that I myself own: 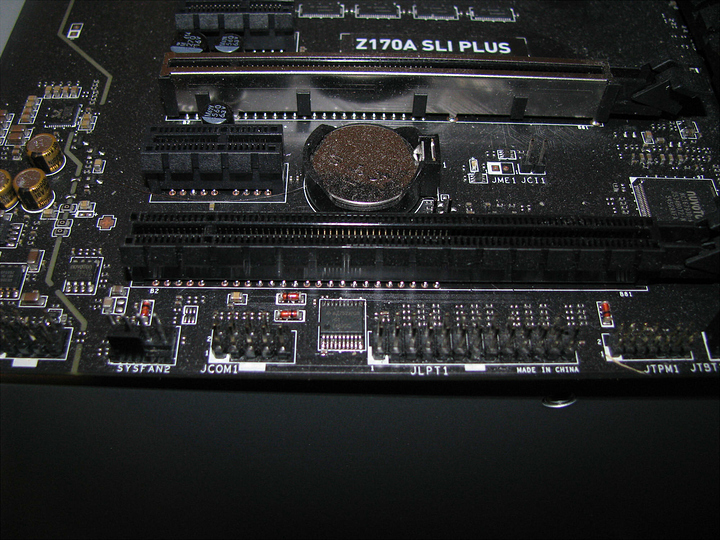 The second example is from Dell themselves.

Look closely at the contacts. All four slots have x16 contacts soldered directly to the board, but only two are wired electrically for x16. The other are x8. The way to tell how many lanes a connector has is by looking carefully at the line of resistors that come before the traces reach the connector. Contacts on PCIe connectors don't just serve an electrical purpose, either - they provide extra rigidity.

In any case, none of this matters - the card will work with the connector, albeit with reduced bandwidth.

Bottom pick works, top one is the standard stuff. Never saw it like that before but I dont deal with oem shit all that often.

I dont see a model number on the motherboard but I got this from a recycling center so it would be unknown if this was its original case.

check the case for stickers or something

All the talk about pcie lanes... It just doesn't really matter: https://www.pugetsystems.com/labs/articles/Titan-X-Performance-PCI-E-3-0-x8-vs-x16-851/

Just remember that this is for a work rig not a gaming rig.

What do you mean by work?

Sure, if you get one of those low profile card that use only one slot you can fit it and use it no problem. I think it would work only in the first slot and not in the last one.

What's your PSU wattage? You want at least 250+ with 300 being the recommended.

I'm just going to say it
RX460 is both faster and cheaper...
Example:

No idea why folks keep suggesting these when someone states 1050 or 1050ti. The biggest appeal to those are the lack of power input since it runs off the PCI-E lanes power.

Well I ordered the card, I will let you guys know how it goes and if I will need to do anything to get it going.

I might look into it but I heard that the Linux drivers are bad?

People say Linux drivers for AMD are bad, but as long as you're running a recent kernel (just keep up to date with latest), you'll be fine. The tricky thing about AMD is which card you choose. With 4.8, you should have good support for the 460, but check this thread for more info. Aremis has done a great job compiling a lot of info.

AMD open source drivers definitely leave something to be desired in the performance market. They're not as fast as dx12 on Windows, but that's because it's open source and part of them were reverse engineered. If you're using it mainly for office type applications where the worst load you'll have is multiple monitors and [email protected] video, you'll be fine with a 460.

Also, keep in mind that I play on a 970 in PCIe3.0 with 4 lanes on a 4k monitor (with some games), so you won't really notice any major hiccups with it unless you try to do something stupid like crossfire. (Don't do crossfire, it's bad for you)

Well I ordered the card, I will let you guys know how it goes and if I will need to do anything to get it going.

Which card dd you wind up ordering?

I ordered the 1050 for the most part because I dont have allot of room to work with so I needed a small card but dont get me wrong I intend at some point to give AMD a fair shot in the future.

Sounds good, just curious on which you got. I'm not really a fanboy for either vendor. I just like the card that gets the job done for the best price. If the 1050 fits better (physically), that's the right card for the job.

Let us know how it works out. I'm curious about the low-end GPUs. 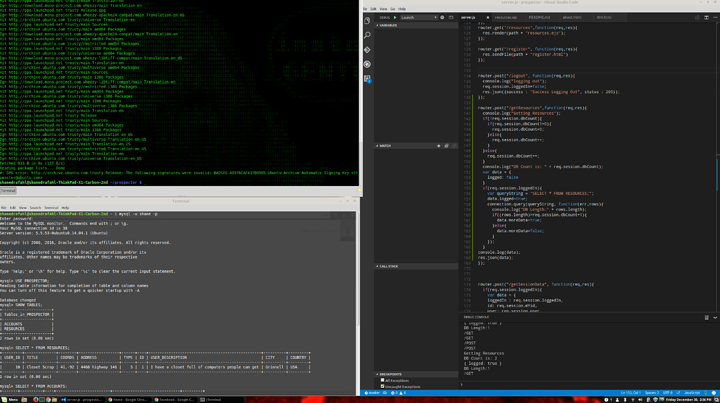 Hoping it could allow me to do some Android Emulation.

Yeh but I didnt pay much out of pocket for it. Most of the money towards it came from a Amazon Christmas Card.

And the total cost of the machine and the card is cheaper than a gaming console because the machine only costed 75$ for an older i5-3.2ghz, I think 8gb of ram.

Not bad. You're going to be able to run android emulation fine on it. If you do run into trouble with it, however, it's not going to be the GPU. Overclock the CPU and you should be fine.