Working on a new x470 build, watched the youtubes, how am I doing?

Things I’m totally sure about are the board (thanks to Crosshair VII video) and the cpu (2700x). I already have the NZXT Source 210 case from my last build.

EDIT- Made some changes based on responses. Got price down $100, improved/refined specs. Thanks!!!

CPU Cooler: Leaning toward a Noctua air cooler since it doesn’t seem AIO is needed for the 2700x, but am open to debate. I don’t plan to do any serious overclocking, more interested in stability. Seems like 4.2 OC is mostly stable… was going to switch out the included Noctua fans with one of the Noctua Redux to test since I needed case fans… but honestly am nearing the price of a decent water cooler setup. Any advice here?

Ram: Wanted low timing and high clocks. cl14 was lowest I found at 3200, which seemed to be stable for most, although I’m wondering if there’s a better price/performance combo someone knows of I’m all ears. I do want 32GB, and understand 2x16 is better than 4x8, at least that’s my current understanding.

Dual M.2 Samsung 970 Evo vs Single M.2 970 Pro with single GPU: Two Evo were about the same price, or a little cheaper than one Pro. My thinking was this might be more performant than a single 970, I just hate to spend more than the price of a single Pro. Also, I wasn’t totally sure if on the Crosshair VII if using M.2 in RAID 0 meant I couldn’t run the GPU at 16x or was it you can’t run more than one GPU? Didn’t quite understand this in the video. So, if I can’t run GPU at full performance, would simply going with a single Pro M.2 be better? Sounded like even running the 1080 at x8 wasn’t a big deal, but again, I’m obviously confused on this topic.

I’ve never built an AMD desktop, am switching from Intel this round. Honestly, I’m more excited about this AMD build than any other Intel I’ve done.

-Thanks to LevelOneTechs for the informative video reviews on these parts. Super helpful. Got me hyped about AMD. Hope you are getting some AMD kick backs!!!

Why so many SSDs and fans?

What do you need the PC for? Anything besides gaming like game streaming?

Plan to move to 1440 or 4K in the near future, need high fps. Read the section on the Raid 0 M.2 vs Single M.2 section for my reasoning on that. Fans going in case, although that many might be overkill for this build, however, if I’m going with the air cooler instead of liquid, I think it might help with overall heat to have more… they are relatively cheap too. I have a case already, sorry should have mentioned that. Yes, I will be mostly using this for gaming and game streaming, and also as a workstation with 3-4 screens. Thanks!

Either I missed it or there is no mention of the case this build will live in.

Fan wise:
I am running all Noctua (except GPU and PSU) myself. They are good fans, but have you considered NoiseBlocker, BeQuiet or EK Vardar?

Why so many SSDs?

A friend of mine is dual booting Win10 and Fedora. He spent more on SSDs and HDD than on his 2400G.

RAID 0 shouldn’t be used unless you know you have a bandwidth limit, and even then you’d want to use it on only the fastest drives. Not worth it.

You also probably don’t need 32GBs of RAM, nor is it likely that you need B-die unless you’re doing more extreme overclocking or tuning.

Do your workflow benefit from more cores? because you can easily get an X399 system with 12 or 16 cores.

Just ignore the case, though it has some of the best in class airflow.

Yeah already have a case from previous build. NZXT Source 210.

Thanks! Some good parts in here. I think I’ll use the 32GB, and would rather have more than not enough. 64GB would be too much probably, but would like the option to do that later by simply rebuying the same 2 stick kit, and not having to upgrade them all. I don’t mind spending more to get the most out of this platform, to a reasonable point anyway. Like to stay near $1800-2000, and I don’t need the case, so there’s a little wiggle room there.

Don’t do raid0 with nvme complete waste of money.
Don’t need 32gb of ram unless you are doing some serious work that requires it.
Basically don’t get caught up in the latest and greatest and fastest. Not worth it in the end.
1 512gb or 1tb nvme.
Graphics card may be worth the 1080 or 1080ti if you want nvidia and will be moving to higher resolution soon.

Nothing particularly wrong that I see. Only a couple that I think could be better

But what exactly do you need your PC for that you might need 32GBs of RAM, but not a high core count CPU?

You folks are really making me second guess the raid 0 m.2 so glad I asked.

Lol I just switched to an EVGA SuperNOVA G2 550W PSU before reading your post. I’ll check out the 650. Seems like a much better deal, and the reviews are stellar.

Seasonic Focus Gold are the best PSUs to buy for now IMO based on real PSU reviews and just being modern tech.

Running VMs, IDEs, & a few live data browser tabs without having to shutdown everything to game and stream… I bump 16GB already and this CPU will have twice as many cores as what I have. I agree that having more cores for that amount of ram would be beneficial, but if I keep this board for a couple CPU gens, I won’t need to add ram later. Basically one and done the ram… with the option to go to 64GB later when they release a 10 core (or whatever they release) and I need more cores and/or ram. Gut is saying the 16x2 vs 2x8/4x8 is a wiser choice with this setup, even if a slight overkill initially.

Looks/sounds good. Slightly more than the EVGA, but maybe worth the money. Still less than the NZXT one I had picked initially. This the one?

If you’re considering more cores in the future just buy them now given how relatively cheap the 1920X is, or rather it was $400 not too long ago at least…

Was looking on the Seasonic… one cool thing I spotted was it does have is a 10 yr warranty vs a 7 + 2 yr (whatever that means) on the EVGA. So, most likely will go with the Seasonic.

But, yeah, maybe go ahead an do a threadripper build plan B. Seems like the general consensus is both the x470 and x399 should be supported for a couple more years, so as far as that goes, seems equally future-resistant.

Vega 56 would save money with free-sync whenever you upgrade your display.

Should probably just grab the high air flow H500 case if you go X399 for the better cooling.

There’s one TR4 cooler missing from this, being the Silver Arrow TR4 below which may be the best if it fits the motherboard. The taichi has a rather tall VRM heatsink

I do 3d modelling / rendering as my hobby and game elsewhen

I dont think I have even gone over 16gb of ram, I mean its NICE having 32GB of ram but not necessary

I dont even bother trying to overclock.

Cool thanks. Yeah not planning to push the CPU, don’t really need to, but nice to be able to if I wanted. If I go with a liquid cooler, I was actually wondering if the dual fan was even necessary, and sounds like the single fan is fine, probably quieter too.

I have crazy cooling on my case anyways, 2 silent ghetto extrator fans at the top + 3 intakes on the front and the h90 with an extra fan on the rear

sadly it looks like 8/16 (and it usually only ever needs 16 for un-optimised garbage) are going to be the most we are ever going to need for gaming for a looooong time. 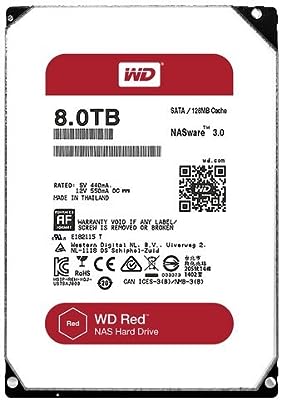 It has my entire steam, gog, battle.net, origin library on it.

Reason for the large ssd is that I needed enough storage to handle ‘hot data’ (data that is routinely accessed) so that I wasnt accessing the cold data on the slower drive too often… tried it with a 256gb drive and it was less than ideal s(izes of modern games are just too damned big).

at the end of the day, fuzedrive is nothing more than a custom sshd with gobs of ram added on top to help with deferred writes but it does the job amazingly.

…I realise these two drives alone cost more than most pc’s but I consider it worth it.

I did not pay those prices… just needed something to link to, I actually got them a bit cheaper in store in central london / tottenham court road.