Working on a new pc build I'm looking for opinions/suggestions?

Hey I'm working on my second build and I'm looking for some suggestions/opinions on the build. I have a budget of about $850. Most the parts marked purchased are what I'm taking off my previous build except the GPU. I got it at Bestbuy for cheap. I also already have all my peripherals i.e. keyboard, mouse, etc. I MUST have a genuine version of windows for college and work.

edit: I'll be using this for gaming and CAD. I also reside in the U.S. I'll also be crossfiring two 390's early next year. Apologize for not originally posting this.

edit 2: Thank you everyone for your input and help!!!

Get a better cooler, or cheaper one... Those Corsair 120/140s are, let's try to be nice, poop...
For that system you don't need more than 650W... 1050 is overkill of an overkill...
If you don't really love this case, you can also go with slightly cheaper one without loosing much in terms of quality, and get yourself into i7 territory.
Not sure if your software will take advantage of the hyperthreading though, so you may want to check that...

Ok, I haven't had much experience with Corsair water coolers. Any other brand you'd recommend. The reasoning behind the PSU is that I'll be crossfiring two 390's early next year(sorry I forgot to put this in OP). The website isn't very clear if it does or doesn't though I'm assuming it does since it recommends a XEON E3 and/or i7.

I would get away from an all in one watercooler and use a good noctua, corsair, or other nice air cooler until the budget allows for a true custom loop. the all in ones do not really cool any better than the better air coolers out there, and the air coolers do it for %60-%90 of the cost. there is an all in one out there that is expansible, but it's name eludes me.

there is an all in one out there that is expansible, but it's name eludes me.

There are a few... First in my mind came Fractal Kelvin...

I'll look up Alphacool thanks. I already have a xigmatek Dark Knight II from my previous build. I'll see if I can reuse
it and if* I have all the mounting brackets still.
http://www.newegg.com/Product/Product.aspx?Item=N82E16835233029

Or EK's Predator. It's $199, but it's an AIO built from their custom loop accessories and allows you to change out parts if you decide to make a custom loop later. That way you don't have to start from scratch. 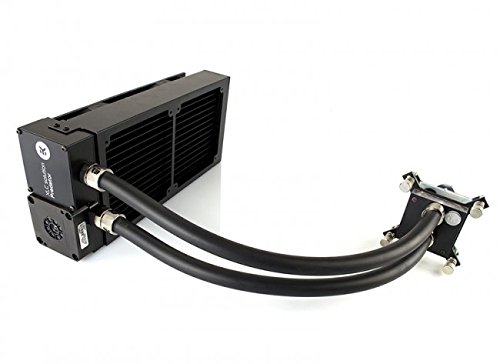 I don't have the mounting brackets for the xigmatek... Just found an intel water cooler that's in my budget. I've never heard of it. Has anyone heard/used it??

You would get better cooling with the Noctua, The rad on that Intel thing is realy thin and it is only a 120mm

I just looked at them. I really don't like how they look... Though the reviews for them are good. I'll consider them.

Join the NH-D15 master race.
I get mine tomorrow.
It shall be gloriously poop coloured.

To be honest, why the holy nutbars would you be bothering with anything over a 212 EVO with that CPU and mobo? You can't overclock with those... no? Or is skylake a special snowflake?
If you're using it for CAD get a 1231v3 (it's essentially a 4790 without the iGPU) - extra threads should help, no? Or, if you can afford it, a 4790k. Only with the former option should you consider anything over a 212 EVO really for cooling.

...you're using up more money buying a 6500 and a badass cooler only to throw out the 6500 later on.
Do it the other way round, worse cooler and a 6600k. Loss of throwing the cooler out will be much less, and so gives you more money to spend from the get go considering the savings from getting a worse cooler will probably outweight the price increase from a 6500 to a 6600k...

True didn't think about it like that... Let me see what I can do...

I decided to give a little on my budget and grab the Noctau. All hail the poop master race!!!!
http://pcpartpicker.com/p/mZ4rFT

Oh ye, that PSU? Are you planning to go crossfire? If not get something like this

way cheaper. Or you could go for a cheaper rosewill semi modular one.

Even if you are after crossfire:

Yeah, I'm planning on doing crossfire at a later date. I considered going cheaper, but the only manufactures I trust are Corsair and XFX. At least as far as PSU's go. But thank you for the recommendations.

Rosewill and seasonic are gooduns.
One or the other makes the PSUs for like all the other brands. My memory's flaky af. Some google-fu'd help.
It's seasonic.

Ok, I don't trust rosewell. I used a few of them at work last year and had a lot of issues because of them. I'd maybe give seasonic a try.

Edit: Just did a price check. The xfx is still cheaper than the seasonic. So I'm going to go with that one. But again thank you!