I switched on a ramcache (8gb set to fast reads - software is called primocache) for the conventional 7200 rpm drive it was installed on, no other change.

It went from poor framerate with noticeable npc pop in to being buttery smooth, even with hairworks on.

Guessing I could have had the same fix if I had just installed it onto the main ssd drive I have.. but still.

For texture and asset streaming to effect a games play ability by this much seems ludicrous.

What are your other specs? I'm asking because hairworks is almost utterly GPU bound, which means that without a potent GPU a ramcache wouldn't help you very much.

I knew hairworks wasn't an issue

it was only though drastically speeding up the hd read speed that the problem went away... and I am now playing happily at 1440p with most settings on ultra with hairworks on.

Something might be wrong with your HDD. I have no problems whatsoever and I have it installed on a 1Tb WD Blue HDD.

Likely caused of your stuttering was Witcher 3 writing to page file, instead of keeping everything in memory.
If you have over 12GB of memory you should turn off your page file. Windows is needlessly writing to your drive while you have enough memory for everything. (some services like nvidia shadowplay is writing to your drive constantly recording your game footage - disabling it, will grant you considerable performance on hdd as well.)

8GB for hdd cache is a lot, not sure if you need it that much though. Still its very cool solution to your read speeds on hdd.

Think your problem is located somewhere else then your HDs cache, atm im running witcher 3 off some cheap mechanical hard drive with no problems at all, can't even remember the maker of it.
Albeit i turned off hairworks since i'm running a AMD GPU.
Witcher doesn't require much loading on your hard drive, it loads most of what it uses by using trickery, and magic when moving across the map, or when the load screen is shown.

If you have over 12GB of memory you should turn off your page file.

Agree but do so by making it small not off. Im not sure if it carried on to Windows 10 or not but if you disable the page file windows will make one anyway for kernel reasons it needs one I believe. Even if it's 512M it can't thrash.

no it will not make one if you completely disable it. It will force keep everything in memory.

you just need to be sure you never run out of memory. (you'll likely get bsod with IRQL equal or not less)

In my case its not an issue as i run windows as kvm, and whole thing is running off memory including drives.
(got 384GB of LRDDR3)

Turning off paging file completely is not a good idea. Windows is designed to work with it. And some programs expect it to be there and they will simply refuse to run without it, regardless of how much RAM you have. What is the Windows Page File, and Should You Disable It?

Windows uses a page file to store data that can’t be held by your computer’s random-access memory when it fills up. While you can tweak the page file settings, Windows can manage the page file fine on its own.

Ok, I misunderstood that. That being said, I recently moved W3 from my SSD to my HDD since I've finished the game. Aside from (in comparison) annoyingly long loading times, the overall performace seems to be the same.

i am aware of those claims, nevertheless if you have enough memory you can simply stop caring. It was implemented for times when there was not enough memory. They stated 'people have tested' and they don't point to any actual, factual tests.

In reality it does affect performance a lot on specific events.

by default windows will move un-used software paged pool to virtual memory page file.
Lets say you haven't used firefox/chrome in 30min and you started playing a game, windows proceeds by moving it to page file - even if you have and had enough memory to keep it in memory.Once you close your game or minimize it, it will load it from page file. It will take considerable longer than if it was in memory.

There's much more to it, not only your application processes can use page file. As windows is designed to keep 3 types of page pools. (all of those page pools can be contained in memory only, but devices IRQL's might be mapped to your page file... and this is just a horror story for performance of that device - unless it doesn't require performance right now)

Thus it does affect burst performance; running actual benchmarks etc won't show anything being slower or faster - as windows will keep everything in memory.

Same goes to witcher, if some specific file thats open isn't being used for a while - whats the point of keeping it in memory? move to page file...

@flazza: my HDD has 5400rpm, so in fact it should be slower than yours.

(this was the time where i had more memory than i required.)

I haz zis drive! (I think this link contains everything one needs to know xD ) 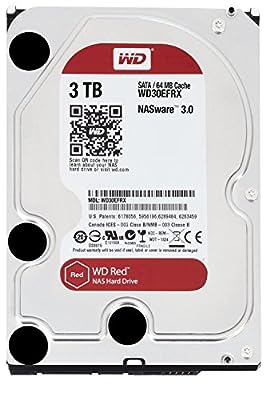 there are plenty of factors that may result in better or worse performance (not only cache.)

Cylinder-head-sector, also known as CHS, is an early method for giving addresses to each physical block of data on a hard disk drive. In the case of floppy drives, for which the same exact diskette medium can be truly low-level formatted to different capacities, this is still true. Though CHS values no longer have a direct physical relationship to the data stored on modern storage media except for floppy disks, virtual CHS values (which can be translated by disk electronics or software) are still...

all of those specifications have some impact on actual hdd.

it is over 80% full though, which could be causing the abysmal streaming / loading of the newer installed games.

tbh I cannot be arsed though

I have memory to spare (32gb) and this easily 'fixed' the problem (I am aware that this is just covering up an underlying problem) .

I just thought it was odd enough to share.

btw, the rpm was wrong

I just thought it was odd enough to share.

That's true indeed - it would still be interesting what the precise issue is, but discovering that could take some time :D