i work in pc repair, i’ve been getting annoyed by all the excess wiring with all these new rgb pcs.

I’ve crappily mocked up an idea in gimp, maybe someone could use this, 3d print parts and do it for their own cases/fans.

I messaged wendell, maybe he can forward it to case/fan manufacturers.

i think i saw corsair sort of do something along this idea on a radiator for the fans, maybe somones computex video. 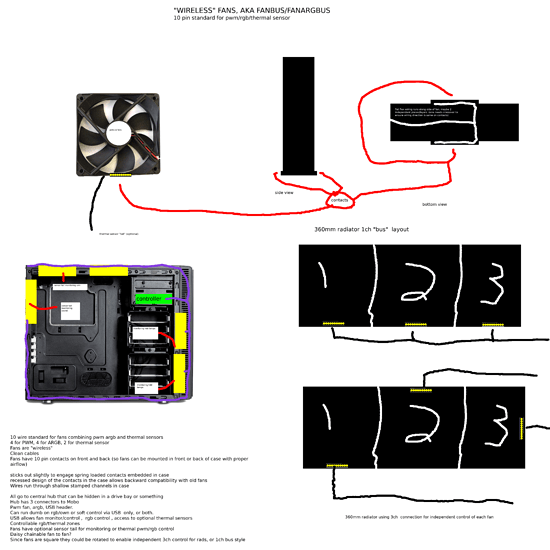 So you basically want to modernize the 9 years old concept from NZXT? 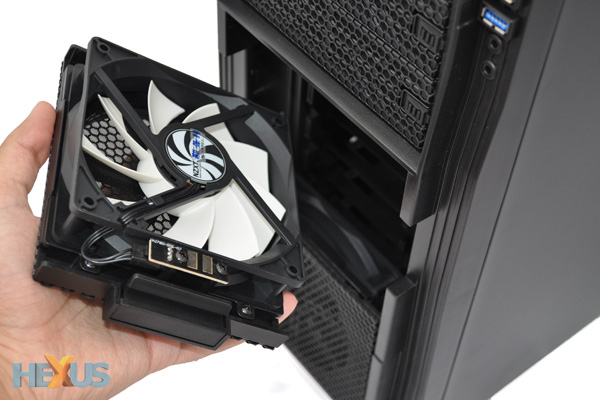 I’ll put on my bean-counter hat for a moment

I really don’t think this is economically viable. The only people who are likely to care about the convenience are DIY PC builders. DIY PC builders are often wanting best bang for buck. An extra $5-15 per fan and a special radiator to plug them into (vendor lock in) = money to spend on more fans, better gpu, better cpu, better case, etc.

Fans use so little power they need to make them Daisy chainable, and have short cables

You mean like NoiseBlocker, where you can unplug the cable? 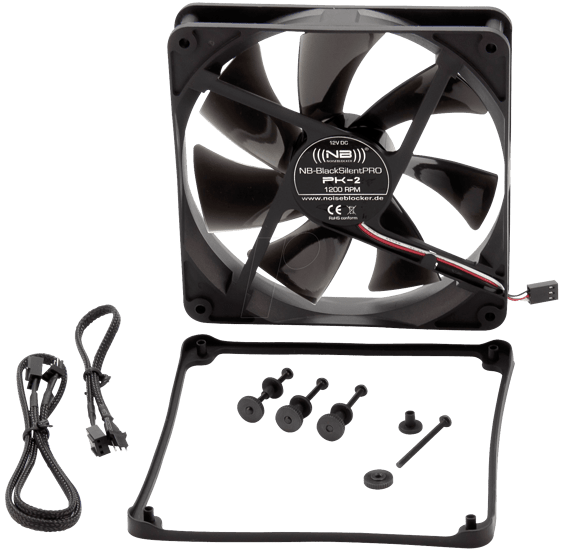 So you basically want to modernize the 9 years old concept from NZXT?

InWin Aurora is another attempt at having daisy-chained fans.

Sorta but also another cable for Daisy chaining, so you can plug two of three into each other that way only one cable goes to Mobo

What happened to them? I used to see them here and there, but for a while now I haven’t seen anything about them?

Can still get their stuff at my regular shopping places (Reichelt.de and Mindfactory.de).
As the eLoop fans are available in black, my next build may have them instead of Noctua

Those I remember reading about being noisy fuckers…
So they just stopped importing them in my country. I see…

yep, basically. that wasn’t the best of execution, and it was only one vendor, but its a good idea IMO.

make it an open standard so all case manufacturers can do it, instead of the first to do it throw a copyright/patent on it to prevent other manufacturers from doing it and trying to lock customers in to their fan/case combo.

This is not a closed standard. It’s pin to pad contact. Super simple. It just requires effort and for most manufacturers glass and rgb are more important than actual innovation.

I really don’t think this is economically viable. The only people who are likely to care about the convenience are DIY PC builders. DIY PC builders are often wanting best bang for buck. An extra $5-15 per fan and a special radiator to plug them into (vendor lock in) = money to spend on more fans, better gpu, better cpu, better case, etc.

No need for a special radiator, the wiring would be integrated into the case, the

whole thing is a standards agreement between case/fan manufacturers.
cases to include the wiring/contacts for the fans, fans to have the connections.

You may be right on the extra cost. I’d assume the flat flex cables cost more than standard wire, not to mention the additional tooling compared to regular fans.

Even then, it could be a costlier option on higher end cases, and traditional fans could still be used if the user didn’t wanna use the newer fans.

Isn’t that already standard in the server world? 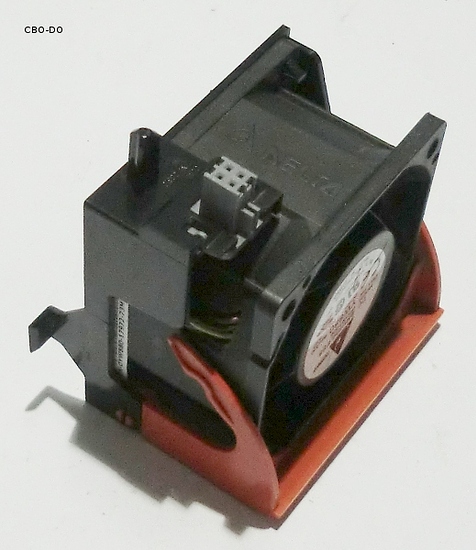 But there it’s on the motherboard PCB or a separate PCB.

it definitely exists. by no means as any sort of standard tho

i.e. every OEM does their own version.

I meant the fact that you can yank a fan out of a server without having to mess with cables. That is the standard feature. Not how they do it en detail.

I’m not a fan of pogo pins, over time they seem to lose their spring and you start getting flaky connections

A sample size of one here, but I have yet to see issues with the pogo-pins of Macbook charger cables. My cable in particular has been used continuously for going on 10 years without issue.

Pogo pins in case usage would probably experience substantially less wear and tear than MagSafe both from reduced [dis]connection cycles and be better aligned when connected.

Well the Server fans are are “socketed” so you can’t accidentally bend any pins.

I think any system would realistically use the pin system I pictured above. Magsafe or Pogo pins (the German for them is “Federkontaktstifte”) are used for more plug-unplug-cycles. If you want to relentlessly overbuild the system like apple does then they might make sense. Otherwise they are just too expensive for the maximum of 50 expected plug-unplug-cycles.

Sadly not all parts of the things they build, as Louis Rossmann often points out; I do really like when they do though.

I would happily pay a premium for a consistent use of “no kill like overkill”, assuming repair-ability was not intentionally hampered. Overkill + repair-able is the stuff my dreams are made of.

Okay. I kind of only meant the magsafe power adaptor. They did that when everybody else used barrel jacks.

Back to topic:
A similar concept is used for the fractal water coolers. Although they do not go the extra mile with it.

You can probably 3D-Print a shroud that clips on the radioator that has 3 Pin connectors for fans with short power leads. And then there would be fractal-like a single 4-Pin connector cable.