Hello,
I am installing a game on Arch Linux called Darkest Dungeon. According to WineHQ it’s platinum-rated. I am using the GOG version as well. After installation the game doesn’t start at all and here are the errors I get. 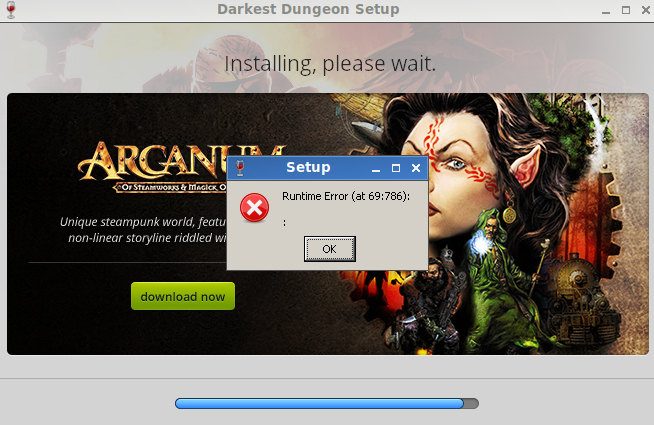 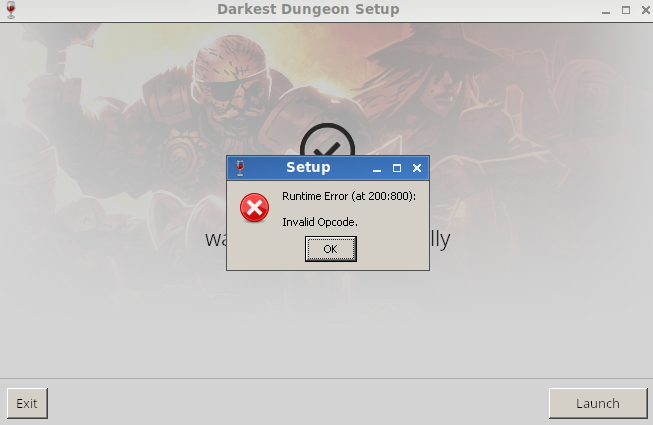 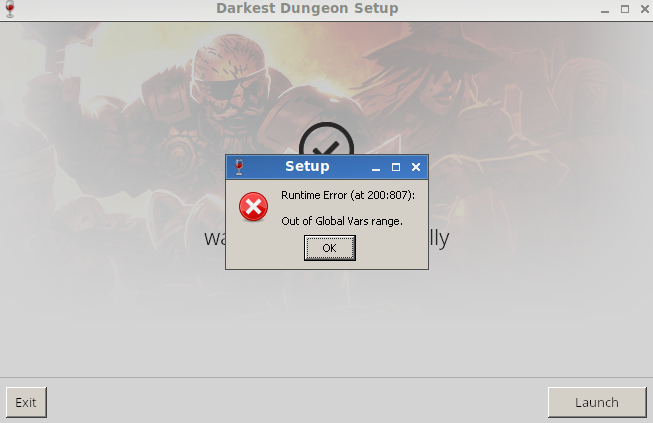 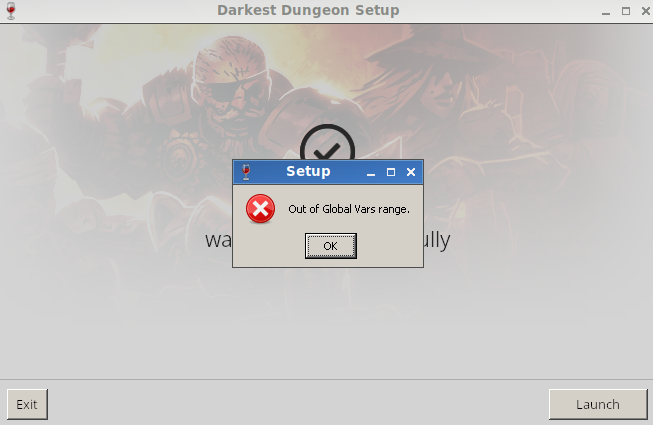 Looks like I am missing some dlls but not sure what to do about it.

According to GOG there is a Linux version, so why bother with Wine in the first place?

Anyway, the platinum result on wineHQ is for Mint, the latest Arch test result is from 2015, gold, and.says it needs msvcr120.DLL in wineconfig.

So yeah either use GOG’s Linux version or try PlayonLinux (or Lutris) maybe.