I am dual booting Windows 7 & 10 on my AMD Ryzen 5 PC (it was an Intel P55 system which got upgraded to Ryzen 5 after MB failure). Both OSes happily accepted the new hardware after appropriate driver installations.

I am not yet ready to say goodbye to Windows 7 completely. I just prefer the user interface and work flow much better on Win 7 environment. Win 10 plus Office 365 makes me want to

Win 7 + Office 2013 is still where it’s at for me when it comes to Windows productivity.

Now I know that Windows 7 is no longer supported and shouldn’t be using it anymore. To make matters worse Windows 7 actively blocks updates from being installed on machines with new generation AMD and Intel CPUs under the guise of “unsupported hardware”.

I have largely gotten around this by installing the wufuc patch by zeffy on github which disables the nagging messages in Windows and allow windows updates to be used. 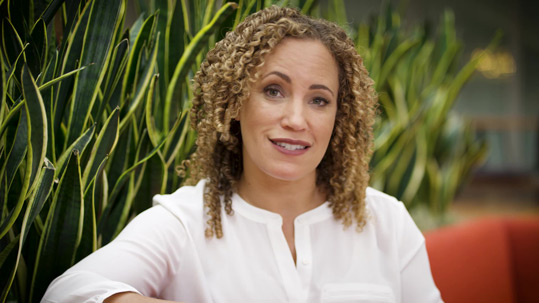 See when the Windows 7 end of support date is and get help from Microsoft on how to navigate the transition. Learn why Windows 10 might be right for you.

read that…and upgrade to something newer…sigh

if you must have the 7 machine hooked to the net its time to go to 8.1 get start is back or something that does the same thing. or pull the cord while using it. only let it online for the shortest amount of time… or save all work to windows 10.microshaft hates you using 7 and to be honest 8 as they can not info grab as much as they do on 10. so yeah 7 is now insecure LTSB is kinda secure but will not be supported for much longer.

Yep, well aware it is unsupported but MS are still issuing few security patches which I would like to have up to date. I think MS are really making it hard to get these updates for people on new hardware platforms. I do use Win 10 for most web browsing and recreational use. I intend to preserve the 7 installation for long as I can because I have a pretty good setup for productivity work which I can’t get to my taste from Win 10 + Office 365. Office 365 with it’s constant UI changes drive me up the wall. There are some inexplicable things like how Gmail IMAP access is completely broken in Outlook 365. I guess I am the last person on this Windows 7 hill.

8.1 is still supported till 2023 by MS.
The only problem is that there is almost no hardware support,
from AMD nor Nvidia for it.
So you still stuck with the same issue, which is an unsupported OS.

It’s simply either 10 or migrating over to Linux or BSD at this point.

IIRC, there’s actually a patch for Windows Update on Windows 7 that you need to install to make it work on “unsupported hardware”. Not sure where to get it anymore.

Be aware that MS will be not supporting Office 2013 for any sort of 365 connectivity (if you need that) as of… real soon if not now.

It’s officially unsupported and they did send a memo around to anyone with a 365 tenant that compatibility back to 2013 office will be broken at some point.

If you must run WIndows 7 i think there are unofficial patches for it, i can’t remember the site though.

I’d very much suggest containing your web browsing to a linux VM however, and use 7 only for things that do not involve a browser and the internet.

i wouldnt worry about the updates, just find a good point in time that your happy with win7 (possibly now) secure it with a good AV keep it behind a good firewall and use best user practices and it will serve you until you can find a suitable replacement… and no windows 10 is still full of jank a recent update costed me 3 hours in trying to find why it broke something that was working perfectly fine before.

win 7 is the best platform period. as its the one that respects user settings rarely if ever breaks things (even more so now since less first and third party changes)

one is that you have to trust the software you run on it. but thats true for everything.

and two is the real gotcha,
artificial dev obsolescence which is bearing its ugly head far to often now making software that dont work with windows 7 either arbitrarily or because it legitimately needs something from win10 because of MS…

so just “freeze” windows 7 and use it untill the web breaks completely or desperately need new software, hopefully by then you will have some if not already great linux distros and tools that will make skipping win 10 completely possible. (pretty close but not just there yet)

uninstall any AV backup your system and you can still do A free windows 10 upgrade.

do any necessary updates. then i highly recommend locking down the windows 10 unnecessary services telemtry and absolute junk with

The by default highly questionable set options concerning privacy and data protection in Windows 10 brought me to the idea to develop this program. Microsoft generously enables everybody to change the concerning settings, but hides them in countless...


(Back up First though)

after that ensure you have uninstalled office 365 and onedrive one note and other w10 office applications after that you can check and see if your office 2013 is working as expected.

reinstall your desired antivirus and you can be happy for at least a while until microsoft starts forcing people to have to go to a newer version of win10 .

but with the aforementioned w10 privacy tool you get to choose when that happens.

honestly its easier just to stay with win7 but 2021 and beyond more will be pushed into windows 10 or into a new os. at least now we have tools and better options than what we did when this first became an issue

Setup your own RemoteApp server for Office365? Although Office365 on Windows Server can require special licensing.

Or use a Windows 10 Pro VM and use Remote Desktop.

from AMD nor Nvidia for it.

Luckily or “sadly” I am still sporting a Nvidia GT 640. Drivers are not an issues. I was going to upgrade to an RTX 3070 this year but man prices… I will hold.

Have you tried manually Installing the update from the catalog

Yes I tried to install the standalone quality roll up msi download but it failed.

IIRC, there’s actually a patch for Windows Update on Windows 7 that you need to install to make it work on “unsupported hardware”. Not sure where to get it anymore.

If you must run WIndows 7 i think there are unofficial patches for it, i can’t remember the site though.

I think it is the wufuc patch by zeffy I mentioned earlier but I think even the developer of that has now sunset the project and MS have figured it out.

secure it with a good AV keep

behind a good firewall

until you can find a suitable replacement

Strongly considering Debian at this stage. I had to use it in university as it was the default OS in our labs and I am familiar with it. Unfortunately Libre Office is still not just there.

I think going forward I will use common sense to use the Windows 7 environment sparingly without visiting risky web sites etc. Again not a defense against 0 days but hey a 0 day in any OS you’re not protected against.

Can you not just run Win7 in a VM and RDC to it so that you can lock it down in it’s own sandbox? Has Oracle fixed the seamless mode for Win10 yet?

What you are doing goes against every Cyber Security bone in my body. I mean, you do you, but it sounds like either you have a very niche workflow, or you are just not interested in making Win10 work for you.

You could always jump ship and come to the dark side, but it sounds like you rely on MS products. You may be the exact customer that Crossover Office caters to.

I still have W7, on a '2010 laptop, with older software… But just won’t hook to interwebs
I’d just yank files, from an external drive, whenever they’re needed

Yes, I do miss W7s flow [and lack of persistent fuccery]

Can you not just run Win7 in a VM

Considered this but another reason I am hanging on to WIn 7 is legacy software with user data that is going to be a massive pain to migrate to a VM. For example where I live, the tax department produce a free application to file taxes every year. I have about 5 different versions of that software (each year) with the tax database files which is going to be a pain to migrate. Just in the odd chance I may get audited (we’re required to keep records for the past 10 years) it is too much hassle.

If I had another Win 7 license, I would deprecate/archive the physical install with network adapters disabled and then install the second license in a VM under Win 10 for my day to day productivity.

Considered this but another reason I am hanging on to WIn 7 is legacy software with user data that is going to be a massive pain to migrate to a VM.

how much pain when it gets leaked on the internet and/or crypto locked?

because that’s a real risk that you’re running by relying on windows 7 to run it whilst connected to the internet in any way.

stick the tax stuff in a vm (that you can isolate) and move on. running anything you care about or that has any bearing on your actual livelihood under windows 7 as a host platform at this point is just a bad idea.

you can clone physical machines into vms with tools. it doesn’t have to be painful.

starwind v2v converter is free and does physical to virtual conversions.

starwind v2v converter is free and does physical to virtual conversions.

Hyper-V is basically free in Win10 Pro (Developer Preview) and does physical to virtual conversions for MS systems. At the very least, you can create a VxD and boot to that image and never have to touch the physical system except for historical purposes.

Yeah, win10 pro isn’t cheap though as an upgrade. But yeah, its the way i’ve gone at the moment due to server stuff using hyperv at work.

Either way, p2v is no big deal and not an excuse.

So if I get this right, starwind v2v converter is the free way to create a VMDK hard drive image of the physical install and then I would use something like VirtualBox to boot it?

I have Win 10 home so don’t have the virtualization features.

Yup, you can do exactly that. I haven’t used it for p2v myself, but the options are there, i’m using it for VMDK to VHDX conversion in a lab at the moment.

VMware player is cheap (i think even free without support?), If you upgrade to Windows 10 Pro (i know, it hurts) you get Hyper-V which is actually pretty good. Either that or convert to virtualbox disk format and use that as your hypervisor.