Windows road to linux and KVM

I’m ready to make the switch from win to linux but I’m still learning. My objective:

So far I installed Fedora33 and I will go about step one mentioned above. I updated the OS and installed Nvidia proprietary drivers.
Is there anything I can do to improve performance further on Linux? What’s your opinion on the benchmarks?

BENCHMARKS SUMMARY
1 is the baseline and the % corresponds to the ammount of improved performance. 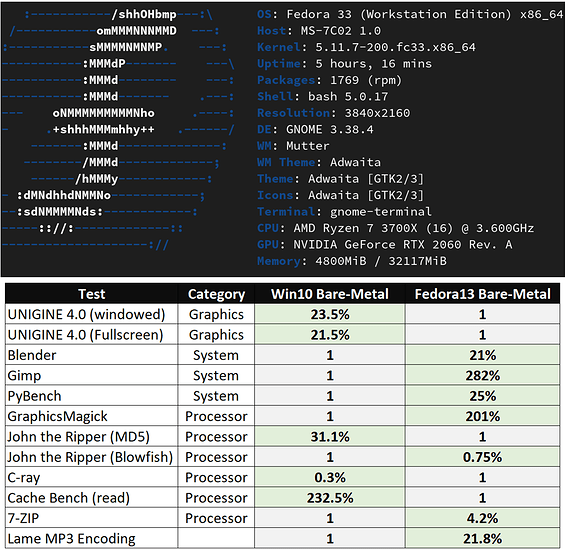 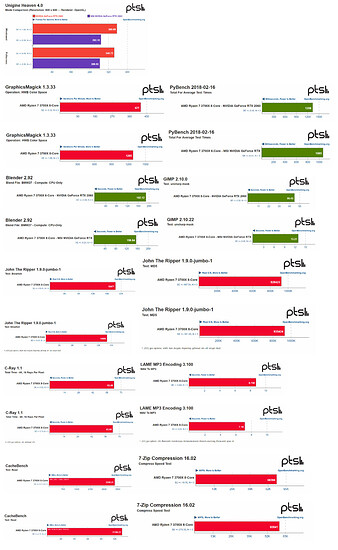 Im curious why you chose Fedora with an RTX2060?

As a guest or as a host?
To be honest there is no valid reason for choosing Fedora over other distros. Do you recommend another distro for this GPU?

My experience with Linux is very limited but I am getting so sick of using windows10 that I’m trying to gradually make the switch.
Working with software from Adobe seems to be my biggest difficulty when it comes to that. I’ve been reading and watching some videos related to KVM and single GPU passthrough and that got me interested so I thought about the following setup:

HOST - Fedora33 where I would install only drivers and KVM.

I figured this way I could effectively divide work / personal bringing more efficiency and security. I would not need to dual boot and I could switch between setups quickly or even run some at the same time.
I was thinking about going with Mint Cinnamon but I kind of like the clean look from gnome. I thought Fedora had better integration with KVM/QEMU (boxes also got my attention although I ended up going with virt manager. I figured I would only need to install and configure one distro and then clone it.

I already got everything to work with Fedora as a guest but I cannot enable openGL without getting a black screen (I searched and a lot of people have the same problem without being able to fix it).
With windows I did not have success setting up a single GPU passthrough but I will leave that for later.

Sorry for the long post but I had to explain myself because maybe I’m approaching the problem the wrong way.