So i ordered the steelseries FLUX Luxury headset (I Love it.) Because my laptop only has one audio/mic port i have been using the single jack cord, and wondering if it has a mic. There is a mic looking thing with a button that seems to do nothing.

"Connectivity is provided in two ways, either with a cable that has the microphone and audio split into separate 3.5mm jacks, or the cable that has both integrated onto the one jack. The first cable is typically used with PCs while the second one is used with smartphones or portable music players"


Is windows not recognizing the mic, or is this site wrong?

The single cable has both the audio and mic in one connector. The plug itself has more divisions for additional contacts than a standard 3.5mm plug.

Whether or not your laptop has the appropriate jack I'm not sure.

It specifically shows a headset icon.

Might mean that you are expected to use a USB mic then. 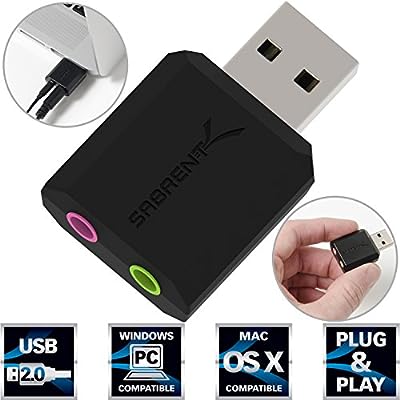 Description: This Sabrent AU-MMSA 2.1 Audio Sound Card Adapter is a highly flexible audio interface, which can be used with either laptop or desktop system. No driver required, plug-and-play for insta ...

I have one of these lying around somewhere, I can test it out to see if the audio is any good if you like.

I think there might be a system setting i may or may not have messed up a while ago, but sure, i am sure someday i might need one.

Ok, so i fixed it, note to anyone with dell audio drivers: They suck.
Any suggestions for proper speaker/headpones/mic control?

Not too sure really, the software that comes with my chipset is surprisingly good so I've just been using that.

Do you know what it is?
Everything Dell makes is usable, but shitty.

Haha, thats what i had on the previous laptop. Im actually looking for that.

@Rango I have one of those adapters as well. It is quite good. I purchased it to eliminate background noise on my microphone.