I would love to hear everyone's opinions on this article I found?

I am a little weirded out by this. Kinda frightened maybe.

I think it is a good thing. Most of the open source stuff they have done are more for the enterprise environment and not based towards consumers so Microsoft are less apt to do scary shit with these products.

This could be a trend towards greater altruism, soon the NSA CIA and FSB may also join to help with privacy and security. 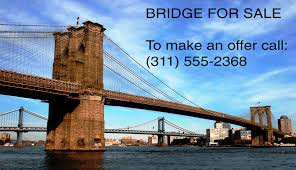 Welp. That just happened Linux - Other

http://www.phoronix.com/scan.php?page=news_item&px=Microsoft-Joins-Linux-F Trump is president. Russia wants to be friends. And Microsoft is supporting linux. Does gravity still work?

and another aspect of that in more recent news:

So Microsoft is doing Linux now Linux - Other

http://ianduffy.ie/blog/2016/11/27/azure-bug-bounty-root-to-storage-account-administrator/ Probably they should take it more seriously though.... Basically the problem lies with a bug in the administrations agent of Azure, an application that is added to a standard RHEL install to allow Azure to push updates (yeah, no simple Cron tasks for Microsoft, they insist on neing able to push updates), and what's much worse, allows Microsoft to push system installed software (no flatpacks, no dockers, system software in a linux install!) to a RHEL VM in Azure. Because of the bug, any attacker could have gained full root access to any RHEL VM on Azure... So maybe Microsoft coming closer to Linux is not such a great idea after all...

I'm closing this discussion though.