Hello guys and gals. I’m looking for something that isn’t quite windows 10 ameliorated. I’d like to run windows 10 without the store, ads, telemetry, and potentially forced updates. I initially wanted to run ameliorated edition, but it steps a little bit too far and the steps it takes for internet access make it unable to run anti-cheat software properly, or so I have been told. Before you guys tell me to run linux, my main OS install on the nvme drive is manjaro linux. I’d love to run some sort of GPU passthrough solution, but so far you can’t pass through a partial card (though intel’s stuff looks promising). I’m on a mini-itx motherboard, an asrock x570 itx tb3 running a ryzen 3800x and a zotac 1080 ti. I’ve seen a couple of chris titus tech’s videos and they seem helpful but he has so many windows 10 videos that I almost don’t know where to start. My install will primarily be for the handful of games that need windows to function, as well as a few pieces of software like teamspeak, firefox, etc. On an unrelated note, when the 8 core ryzen apu is released would I be able to run a full time linux build using the apu and pass through then entire 1080 ti gpu to a vm? (is that even possible?)

Would something like this be what you’re after? As to not knowing where to start… it’s his most recent, and is basically his scripts with a GUI on it now. 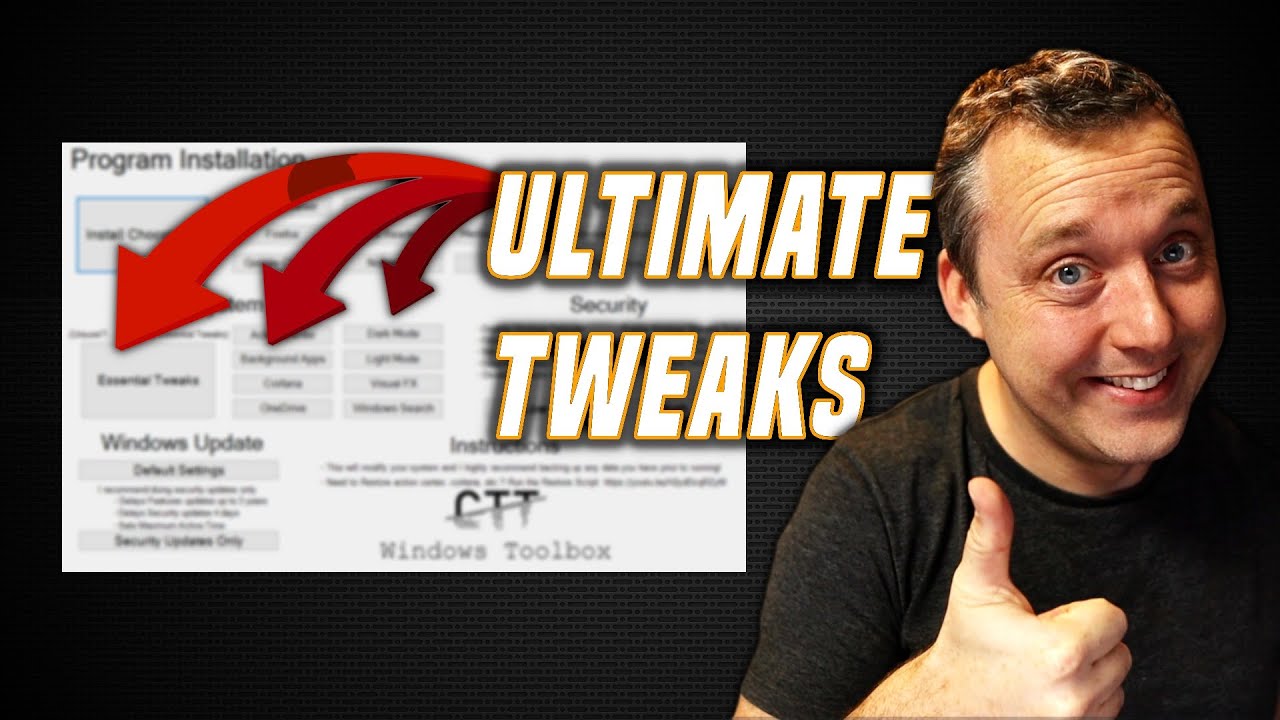 Craft Computing also has a video on creating an install from scratch using deployment services, but that may be a bit too involved unless you really want to dig in. 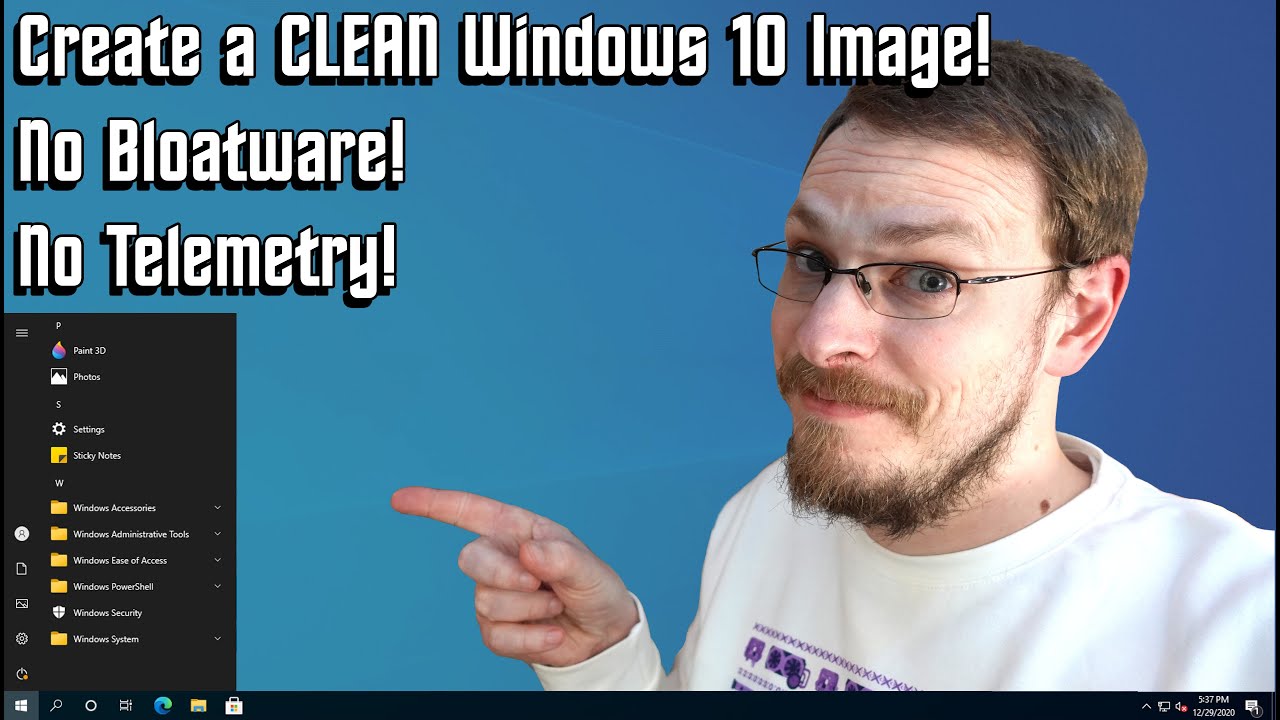 I like and use Win 10 Privacy as it gives me the control needed to jump through the hoops you create when disabling telemetry and unwanted windows 10 features.

Case in point: after setting up and shutting down all the unwanted win10 crap, i found i had inhibited the abillity to install hardware that relies on the Microsoft app store to function.
the Xbox elite controler…
and the tobii eyetracker…

i was able to undo the changes and get the functionality needed to get the required apps installed and make the devices function.

then reenable my profile that locks the system down again .

i will however state that even when you allow small changes from micorsoft you may end up having something break because they (microsoft) are coding up crap that breaks things for no apparent reason … after getting the xbox controller working which required some xbox live junk update.
i soon found out that for some reason the reshade i had working in a game in forever had just stopped working. i had to rename the reshade library to make it work …

so basically if possible avoid hardware that requires microsoft store apps to function . get your system working as you want.
lock it down back it up keep the back ups updated for the dreadful day when your forced to update something cause it will be necessary at some point. (and that backup may buy you time to find a work around)

and pray your setup will have the longevity you require before we can jump ship to an OS that dont pull shenigans and routinely break things it has no business breaking.
while meeting our obscure requirements that keep us tied to windows

Hello guys and gals. I’m looking for something that isn’t quite windows 10 ameliorated

But the telemetry and general data collection is so deeply embedded into the platform and services that you either need to accept it and/or limit your data left on the box to collect or move platform. Or a mix of both.

You won’t get rid of all of it, and as soon as you start messing with this stuff beyond the very basics, random shit like windows update may break at any point - and you won’t know why and no one will be able to help you fix it.

So what I do;
Run windows for games only and non personal stuff I don’t care too much about

Run all my personal stuff on Linux or macOS.

For me that is different physical machines; yeah it’s more expense but I wanted a laptop and desktop anyway and laptops suck for gaming so… laptop is for personal stuff. Desktop is for games and test lab stuff. Neatly avoids the need for vm passthrough, etc.

Give it up. MS aint gonna change and the telemetry will just get worse over time.

Best you could do is get 2 machines (1 dedicated gaming setup with Win10 and a separate Linux box).

Consider moving over to Linux if you are just playing single player mostly (but I see you have teamspeak requirements and anti cheat so you are likely playing online multiplayer). Not sure if LTSC versions are still as nice as before but you could try those.

If you’re gonna go to that extent, running qubes on the Linux side wouldn’t be too far from feasible either.

Qubes is a bit too much IMHO, maybe either plain Debian or Fedora if you want cleaner code base with no telemetry. I wont even argue against Manjaro because it works for me as well.

Yeah me too. I can’t give up GPU acceleration and qubes doesn’t support it

You should try windows 10 LTSC. It’s an enterprise versiin without store and most of the telemetry removed. Havent seen ads in it and have been running ltsc them for at least 4 years.

It does not get features only security updates. Every 3 or so years they release a new ltsc based on the features at time of release. I believe the newest is 1809.

Look up Leo Laporte’s decrapify guide for windows 10. I do it all the time, strips out all the crap.

Well the only problem with that is LTSC isn’t available for the general public.
And most of the system based telemetry is still present.

I think that the toolbox that Chris Titus made is a fairly decent one for regular windows10 versions.
I don´t think that people should really mess deeper with it.
Because it will likely breake at some point.

I was actually looking into the craft computing video and had it bookmarked, but I think I recall him using a server to set it up, which I don’t have.

I’m not going to be moving to 2 machines, and linux isn’t working for what I’d like to run. I appreciate the suggestions there but I’d like to keep this windows focused. I’ve looked a bit into LTSC, as well as ameliorated, and the decrapify script. Amongst solutions that are similar to these, do you have any suggestions. I don’t need the microsoft app store, and I’d still like the system to run easy-anticheat, battleye, and whatever the third one is that’s escaping me at the moment. I don’t use an xbox one controller, I use an old xbox 360 controller, and that’s only for a small handful of games, most of which I can play on linux now. I can live without the app store drivers if I have to. I was really looking for a comparison of the various debloat scripts and youtube videos, windows LTSC, and windows ameliorated.

Thank you guys for your help and advice.

at first i was drawn to the ltsc option, but microsoft probably purposefully keeps it way to far behind home and pro that you most likely come across software that will not run on it because its not version whatever of win10.
(there is a newre version of ltsc coming later this year however)

i would use whatever script/program your comfortable with to get the system working as you need and keep it that way till the need arises to make changes.

Telemetry and other crap can be tweaked with these two apps. 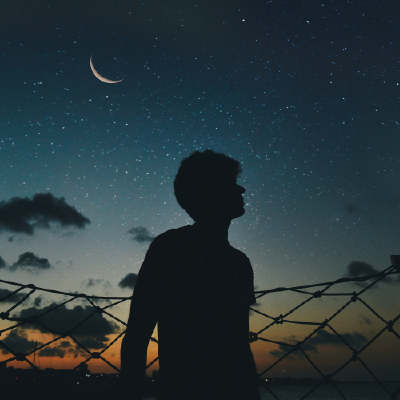 ☑️🌠 Remove Bloatwares from Windows 10. Contribute to builtbybel/bloatbox development by creating an account on GitHub. 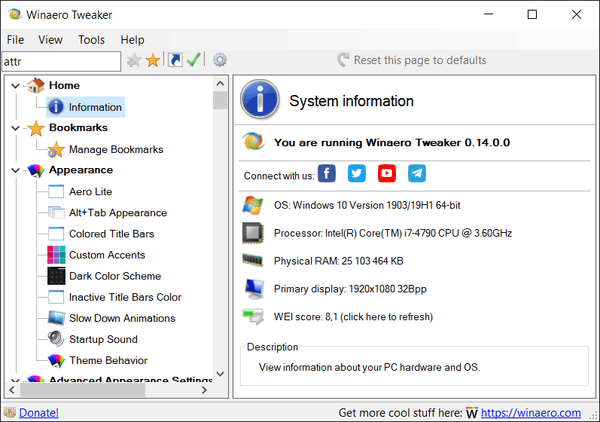 After years of development, I decided to release an all-in-one application which will include most options available in my free Winaero apps and extend it as much as possible. I would like to introduce Winaero Tweaker - universal tweaker software...

Thank you for advice

yall need to be careful with these anti trackers. most of them track you themselves or worse add you to a bot net.

the best option ive found that actually works.
is go into your group policys and turn off tracking and telemetry.
then into your task scheduler and remove the crap there.
disable sharing.
then open your powershell and start removing the bloatwear.
once done clean your reg.
now winodws fire wall…
block cortana, explorer.exe, search and indexing.

now into services and make sure the telemetry services have stopped.
stop things like fax, remote desktop, spooler and such.
google is your friend pllz use it as it would take up to much space to type everything here…

run something like tcpview and see if you have disabled most of the listeners.

lastly the pain in the arse… start renaming xml files in windows associated with starting up the servers on your system that send the info. (you may have to do this from outside the o.s as windows will try to tell you you aint the owner so cant rename this or that)

or you get a decent antivirus that black holes all of microsofts garbage.
last option… spy bot anti beacon.

or you get a decent antivirus that black holes all of microsofts garbage.
last option… spy bot anti beacon.

Doesn’t Micro$oft bypath any firewall stuff at the kernel level now? I doubt any firewall can really prevent their stuff from phoning home. THe only way is to stop it at the router level.

bypasses windows fire wall yes. but you can use a 3rd party one like comodo and it should block any internet traffic you dont allow.
if it doesnt then there’s nothing you can do except not use windows.