16:10 has been dead on the desktop for a while. it didn't take off as much as OEMS though it would. HOWEVER for most tablets these days. 16:10 is still a thing. simply because it's wide enough for widescreen and reasonable for portrait mode. though the way Microsoft is trying to Push the 3:2 aspect ratio. (which I personally feel it's superior to 16:10 for mobile usage) 16:10 will go away on mobile devices as well.

We're going to most likely see a future where 16:9 will be used for Phones. 3:2 will be for tablets/laptops. and 4:3 will strictly be used for tablets.

it was a lot more expensive for the consumer, b

Not necessarily, it just didn't make sense. it wasn't worth an upgrade from 16:9 and of course most if not all content is in 16:9 anyways, so a lot of people were aggravated by the black bars while watching content. most 16:10 monitors were like $100 or so more dollars then your average 16:9.

I love 16:10 but it never caught on some it was never more than a gimmik on the laptop side. Hopfully 3:2 will take off.

I get black bars when I watch 4:3 shows. Also, most 3D games are aspect ration independent and there's also another thing, people also use monitors for work and with the higher ratio of vertical pixels, you can see more text without scrolling making you see more code or text from an email or typing documents.

I saw 16:9 as the gimmick, it's an inferior aspect ratio and it only caught on because it was the aspect ratio that you could maximize the diagonal space while minimizing the pixel area. (Gotta love maths)

16:9 sucks but it is so supported that it is no longer a gimmick.

The problem with 16:10 or just 16:9 on mobile is that it's absolutely un-reasonable for portrait once you go past a certain length. once you use 16:10 for portrait for anything above 10 inches it starts to look weird. the tablet starts to look really long. 3:2 is excellent for portrait and landscape. most tablets now are becoming productivity machines more than little "Toys" for entertainment.

Yeah, but it's still an issue on laptops. (I've actually done this before) 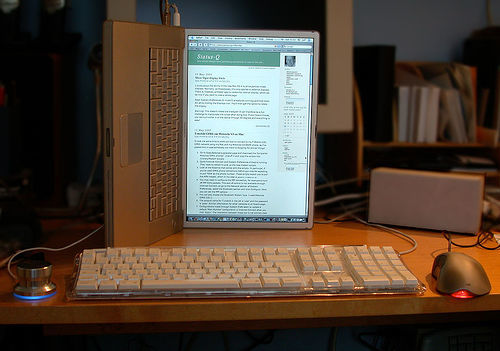 what do you mean by issues?

You can't really flip a laptop to in portrait mode to see more text without using another keyboard and mouse.

that's probably a Mac Problem I guess. I can flip my laptop to portrait mode from the built in keyboard.

I had the same problem with a Toshiba Laptop.

I don't know. I don't have the problem. though I don't understand why you would run a non-touch based laptop in portrait mode to begin with.

yeah but the problem is they are not made for that. if you want more real-estate you need to choose something other than a plain old laptop.

true but for me laptops are WAY better than a desktop. i have used a laptop in portrait mode before. not ideal but it works. much easier to use a separate screen.

Yeah, but jobs require having a laptop for work would be optimal to have an aspect ratio that allows more vertical space. Those same people would rather use a desktop and put their monitor in portrait mode on a VESA mount, but they're out and about and when you have a mobile workstation, you want it to be as optimized for work as possible.

And that's what tablets with 3:2 or 4:3 are for. since CES there are many laptop convertibles that are coming with the 3:2 aspect ratio which is excellent for portrait mode, and excellent for landscape.