Will the cost of GPU ever return to MSRP level?

I’m kicking myself because late last year when I tried to buy a RTX3080, the price was already at $1200. I told myself that I’m not paying almost twice of the original amount for this. I checked the price last night it’s now at $1800. That’s more than the MSRP for RTX3090. The market is literally retarded at the moment.

Not for a while. Shortages are expected by TSMC till 2023 and crypto is not going away so we are stuck waiting.

Really? man that sucks. I didn’t think that it would be that long and I still haven’t played Cyberpunk 2077

They are constantly trying to get more supply, well AMD are but nVidia are busy segmenting their own line ups and using the same die for multiple cards reducing over all supply but that another story.

Unfortunately even if supply increases, as long as retail operates as it does right now miners and scalpers will just buy them and flip them for profit.

Do you think its gonna get worst before it gets any better? I’ve been holding out since last year. I don’t think I can wait until post 2023.

As much as I want to use an AMD card, I use Premiere Pro heavily and they’re just not as good as Nvidia cards some says the difference is night and day.

Do I just suck it up and buy it now? (I know at the end its my decision but every inputs or opinions counts)

Yup it sucks, but it’s going to be like this for while.
And as long as card manufacturers don’t limit their gaming cards for miners.
I suppose those prices for the top end gpu’s might not go back to normal again.

I was kinda hoping that AMD and Nvidia would limit their gaming cards for mining,
so that miners would only be able to mine on the workstation line up of cards.
So that regular consumer can get a gaming card at a fair price.
Because i personally not gonna pay €600+ for a €300,- mid range gaming card.
Then i’d rather buy a console.

Sure it will. Next set of cards will have an even higher MSRP, and the next after that will be higher, until MSRP is the highest amount people continue to pay.

I think this is the MMO online subscription moment of GPUs…
Remember how when WoW became really successful and started making tons of money everyone wanted to have an MMO and then moved on to online subscription model and now everything is live service so they can constantly squeeze money wit mostly garbage products?

Well, here we are.
I don’t blame the chip shortage. Global GPU shipping have increased 35% from last year or something… This ain’t shortage. It’s just all selling. We will never see 500$ GPU until it stops selling. And it doesn’t.
I checked yesterday and I see RX 5500 for 750 euros… We aren’t going back to normal prices any time soon…

And as long as card manufacturers don’t limit their gaming cards for miners.

ASICS is the answer…
As soon as there are more power efficient cheaper ASICS that allows you to mine more for lower price and power - the GPU mining will die. It did once before. There was a point where GPU mining was not profitable at all.

until MSRP is the highest amount people continue to pay.

The thing is most people aren’t really paying… It’s all mining operations. Nvidia and AMD have been selling everything they can manufacture and there are no GPUs in stores. People can’t buy GPUs. Of course when something shows up everyone on the chain will try and profit from it…

Yeah i personally don’t really follow gpu launches anymore.
Because you cannot get one at a fair price anyways.
AMD recently announced a liquid cooled 6900XT i believe.
But i don’t care really.

Even the used market on gpu’s is insane.

If you’re after something usable for games that isn’t as badly impacted by crypto tax, try AMD.

The hash rate for ether isn’t as good (guessing it is to do with the infinity cache vs. GDDR6 on higher bandwidth bus - works for games not so much for ethereum), but they’re still good for gaming.

We are in this for the long run. If prices do go down, I doubt it will be by much. Even before the chip shortage, companies like nvidia were already pricing their products up to the sky, testing the customer reaction. And it’s not just miners or scalpers: 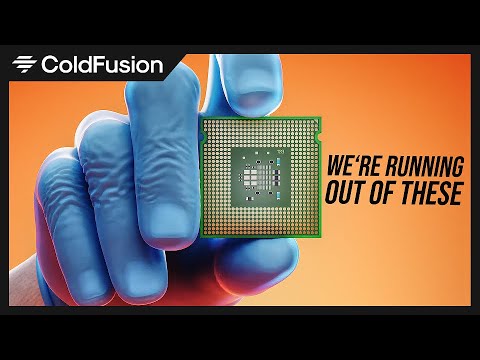 Invest in crypto currencies that use ASIC miners to discourage both premining and mining with consumer GPUs. Pirate Chain (ARRR) is one I’d recommend

I would argue this is an equally good time to not upgrade. The big game studios aint releasing graphics hungry games because of people like us stuck in limbo while waiting to upgrade. Consequently, good indie games with low/reasonable graphics requirements are coming out left and right.

Like crypto hodlers, we can GPU hodl as well. Because there is no need. I can delay playing Metro Exodus, Cyberpunk 2033 and the like.

“Invest in crypto currencies that use ASIC miners to discourage both premining and mining with consumer GPUs. Pirate Chain (ARRR) is one I’d recommend”

The current cryptocurrency market is over $1.5 trillion. There are over 11,000 cryptocurrencies. Unless several members of this forum are worth 100s of billions and willing to risk a large protion of their wealth, they will not be able to influence the market through purchases enough to move the needle a gnat’s eyelash…

You could always be in Canada,

Crypto currencies are just in a bubble. Problem is, nobody can guess when it will pop. When it does, prices of both the currencies and the equipment people bought will go through the floor.

With the dollar strengthening in the past few days, it’s reasonable to expect crypto coins to start declining soon. Tesla can cause a major drop in bitcoin any time it wants to. Doge will go the way of Gamestop stocks.

A GPU is a terrible investment. Just because they’ve gone up in the past doesn’t mean they won’t start dropping the day after you buy it. If you need it, you need it. If you can survive without it, you can be part of the solution (reduced demand lowering prices) rather than part of the problem.

If you’re on something like Pascal or prior to big Navi on the AMD side i think you’re going to need to consider upgrading in the next 12-18 months. Well… “need”… first world problem, etc.

Navi 1, Vega and Polaris along with Pascal and previous do not support them. Both the new consoles do, and likely WILL be making heavy use of this tech in order to get 4k60 or faster running the new consoles with good detail, RT, etc.

When used, mesh shader based culling can be a massive, massive performance improvement (like multiples of 100% improvement). i.e., in games using mesh shaders, you may well find the low end discrete cards (from RDNA2 or Turing onwards architecture) outperforming high end cards from the above lines quite handily - despite being down massively on raw horsepower. When these features are used (software change required) they’re working smarter, not harder.

So you might not need or be able to go from an old top end card to new top end card. But it may well be the case in DX12 ultimate titles that its very much worth going to something with the supporting architecture even if it is lower down on the performance tree. Because those features can be such a performance boost.

Seriously, i really think this is going to be one of those major jumps, like when T&L went onto the GPU, or when unified shaders started becoming a thing in the early-mid 2000s. There was a huge leap in performance due to the change in the rendering pipeline. I’m not sure what UE5 is doing, but their nanite engine sounds like it may be doing something similar. I’m not sure, but it would not surprise me if it needs the same hardware support.

Also, due to the change in rendering pipeline, new games may eventually no longer support older hardware, or do such a half-assed job of it, that no one wants it.

This definitely happened not too long after the Geforce 8000 series cards for example, i remember my 7800GT becoming old-hat very fast and no longer able to run newer titles due to lack of unified shader support. I upgraded to a new 8800GTS, so it didn’t take that long to happen.

On the flip side, if you have a card that supports these features today, i suspect it will get a second major boost in performance once these features get used more in the near future with newer titles optimized for the new consoles. 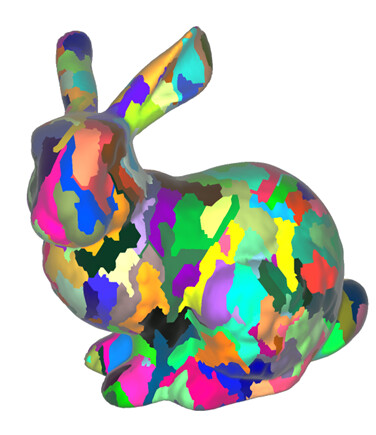 I totally feel you man, as I mentioned earlier I really don’t feel like paying $1800 for a $700 card. But I’m also a video editor that edits on a daily basis. At the moment editing 4K videos on my GTX1080 is still okay-ish. Render time is getting longer and longer and upgrading to the RTX3080 will definitely save me a lot of time.

I think I can survive for at least another year and by that time RTX 40 series should be on its way. What I just don’t want is to wait all that time just to have the same pricing problem as we do as of this moment. Because if thats the case then I might just buy the damn GPU right now