Why was BTC ever a thing

I mean its a good stress test utility if anything. How much shit can this blob of hardware do? 285 megahash? Ok thats neat. Howabout the 8 core? 350?! Woo!

You're undoing a blob of code that is supposedly worth something that doesn't actually do anything. I have 0 clue why anyone cared about BTC.

Don't get me started.. no in fact do, but create a thread about BTC viability and il drop my hat in.

So, why. I feel this is an easy thing to answer if so many people care about it. I won't accept "Because cash yo lolololololl" or replacement currency.

Why should it be considered a currency, why is it important, what is its worth other than all the heat inside a box for 3 days. What is the worth of a blob of calculated code that does absolutely nothing. Would a better replacement of it be a distributed share of a "Coin" in an environment like folding at home?

My thought is that its pointless as it is. If it were something that was given flexing worth based on a market all of that firepower was used for then that would mean something to me. Instead of a block chain, what about 3D analytics? Folding @HOME? Traffic jam redirection systems? Federal to State Legislature / Communications systems? Power Grid analytics? Analytics in total?

What the hell is the point of something designed around a payout for processing code and math when the code and math doesn't mean anything in the first place?

"What is a dollar" -Ron Paul

I'll tell you what it isn't. It's not backed by gold or silver, or even a percent share of anything.

So, how is a dollar different than a buttcoin?

Don't say issued by government, because the federal reserve is a PRIVATE bank.

So get this, a dollar, is a unit of currency, created out of thin air, backed by nothing, except confidence in the banking system. The laws were than made so that you cannot create your own money.

How are dollars created? BY DEBT. Someone needs a loan, they go to a bank. The bank types numbers in which magically appear in the persons account. Then, through the magic of fractional reserve banking, every dollar created can be made into 10.

Back to buttcoin. What is buttcoin? It is credit for a unit of work. We are paid in our jobs with dollars, which represent our value for the work we do. Etc. etc etc.

Anyway, I can't explain all this shit, but you should watch this video if you haven't already.

I'll tell you what it isn't. It's not backed by gold or silver, or even a percent share of anything.

Which is why I said

Would a better replacement of it be a distributed share of a "Coin" in an environment like folding at home?

My point is, yes, it does a thing, but the end result isn't anything immediately worth it, is it?

Also I hadn't seen that set of vids for a very long time lol. Not since HS.

Bitcoins are basically the energy put into them, right? I mean, having some piece of metall in your hand is a value. You can make something from that. But a piece of "de-blobbed" code? What is that worth? 2.6kW/h?
All BTC is is electricity that got put through some fancy piece of hardware to become a number in a database. Depending on the efficency of the equipment used, you might get a rate of 1BTC per 1kW/h or burn something but generater a coin per 100kW/h. So...
Waste is all that produces! There is an imense effort keeping overaged powerlines intact to prevent the whole grid from dying. And people make that effort into a number in a data base? Great F***ing Job world! You solved your very first world problem!

"But the American dollar is not backed by anything aswell."
If you get a coin, you got a value. Take 200 coins, melt them down and make a knife from that. Try that with bitcoins (or any other virtuall currency)! Guess what! Does not happen!

"The amount of bitcoins is limited, so they got a value."
The limit on how much there can be is great. That way, on a fixed date, you could make sure every debt is payed back. Nobody ever gets lossed in dept. Score 1 for Bitcoins. Now the problem: That could be done with any currency. Just fix the total ammount and be done. Then get some value behind those numbers by letting people work for it!

"There is a list of any transaction ever done."
And? Does that help anything?

Money is a representation of value. Except in rare cases, money has no intrinsic value. You can't eat a bill. The reason money is accepted in exchange for objects that do have intrinsic value is because it is accepted by others, so it can be exchanged again. Some money may be backed by a standard, for example a US Dollar once entitled the owner to a certain amount of gold, but in the end these are artificial "Absolute" intrinsic values applied to an object that only has subjective value.

The flow of capital, through all types of financial instruments, is controlled by the governing bodies that regulate the markets. Even though the actual value of money is controlled by the free market, and hence the value of all services and goods, there is no way for individuals to exercise their rights to freely purchase and freely sell. Because of the manipulation of the governing bodies which control the regulation of currency people are not free to use money the way they want.

Bitcoin exists because it represents a free currency, unbound by traditional structures of bureaucracy and governance. Because of the massive corruption and obvious manipulation associated with traditional financial infrastructure, a secure and anonymous currency free from constraint is a powerful and sound idea which can only help the world become a better place.

Freedom is dangerous in many ways, but it is most dangerous to those who would keep others enslaved in some way.

Yea I had the same thought as you did. It doesn't matter what the initial thing or work done now is. Everybody agrees now that it is 'legit' and now it's a 9 billion dollar entity. That doesn't stop you say form making more legit currency like [email protected] or [email protected] or PiCoins.

The original argument was if bitcoin was worth anything / if bitcoin should have even had any attention brought to it in the first place.

I believe I answered those questions.

Why is bitcoin every a thing? Well we had one of the biggest stock market crash in 2008 and the bailout. If you've awaken to the petro-dollar paradigm and money manipulation of the federal reserve you'll understand why people use this currency.

I remember my first video I've watch 5-6 years ago. Vagrants, anarchist and libertarians are using the currency to undermine the power of the federal government. Notably for commodity/work/labor and exchanges that could be illegal or taxable.

Bitcoin came around the right time and enough people used it and it just blossomed around 2010 and onwards.

because it is an admirable ideal to make a currency which is free from oversight by a governing body, secure, and anonymous.

But it is not secure, over and over again this has been proven ( Not from a pure binary encryption stand point ). Financial oversight is a very good thing but please explain why you think it is not. 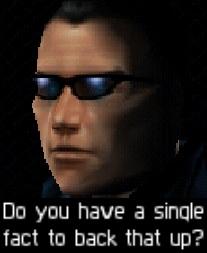 The Bitcoin blockchain itself is secure. We have seen vendors and service providers fail at implementation, Silk Road 2.0, Mt. Gox, Inputs.IO, the meltdowns at these firms were not the result of a problem with Bitcoin, but a problem with these companies.

If you can find an instance of the BTC algorithms/blockchain being breached, I'm all ears.

Financial oversight is a very good thing but please explain why you think it is not.

As far as financial oversight being "Bad", I would not lay claim to this statement. Rather I believe it right to state that the current regime of economic leadership is massively corrupt and cannot regulate themselves.

It is common knowledge, in fact, that corruption is rampant at the highest levels of government and corporate finance, in every nation. Now I can make a case for free-market economics based on the Austrian school (Mises) and contrast that with the approach of a government which heavily regulates the people, but believing in the efficacy and ethical rightness of economic freedom is not a necessary presupposition. You may still accept that the current financial system is opaque to the laymen, and rigged against him, without sharing my beliefs in this regard. Once again this truth is widely accepted and well understood.

We are left with the unassailable conclusion that since the financial system is massively corrupt, and is heavily regulated, that the regulators themselves are corrupt. Since the continuance of further regulation only increase the level of collusion, to the point where the "Regulated" body is writing the very regulations that would govern its behavior.

If you can find an instance of the BTC algorithms/blockchain being breached, I'm all ears.

I didn't claim that to be the case. See below.

We have seen vendors and service providers fail at implementation,

And that will continue to happen without proper regulation. Not self regulation or some sort of idealistic 'good of the people' Internet 'understanding' , nor the kind of regulation self imposed by the service vendors / providers themselves. But officiated independent regulation with (international) governmental oversight.

I'd love to see an re-write of Eastern Standard Tribe to include it.

Etherium is interesting at the moment

BTC was a thing because as a niche digital only currency it has none of the fees asociated with traditional banking. but since you now need a super computer to mine coins and banks are starting to accept them which takes away the no fee advantage the ability to use them as a currency has become non-existent.

now BTC basicly a stock where you hold on to the coins you mined when it was relatively easy and wait until you can sell them at peak value.

personally I like the Idea one guy had where you could basicly rent off part or all of a HDD/SSD as a encrypted storage space cache for a peer-to-peer fiber network and you get coins based on how much of your drive the network uses. at-least a system like that can guaranty you get somthing for your trouble not only in coins but in faster access to commonly used files/websites in your area.