Why is this TV still at my local store on clearence?

So at my local store there’s this Samsung M5300 32 inch TV. ITs open box and hase been there for many months now. Was 223, now is 140, and may drop again. I sorta forgot about it over all though until tonight. 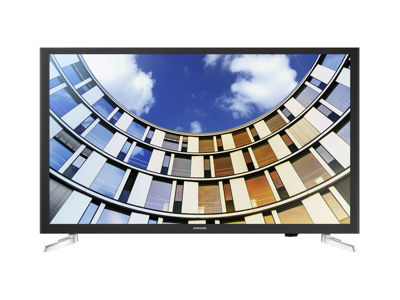 Discover the latest features and innovations available in the 32 inches Class M5300 Full HD TV . Find the perfect TVs for you!

I don’t see why it would get returned though… Theres no recall’s, theres no errors from the box I can see… Why would it get returned? I’m looking at getting an upgrade to my TV… Would it be better to look elsewhere?

It might have been returned for dead pixels at a guess.

The market has moved on from 1080p. I was waiting on GOOD 1080p panels to drop in price where i am and (it seems) virtually overnight that they virtually all disappeared and now you’re looking at various 4k specs as entry level.

(for what its worth i ended up with a HiSense 55" 4k HDR with 200hz interpolated - think it can do either 4k50-HDR or 4k60 native. Good panel for the price, menus are good, out-specs a lot of panels from more established brands…)

Overpriced Samsung smart tv with wifi would be my guess…shop around… My 40 inch 1080 60hz Hisense dumb tv was 150 dollars.

lol. That’s what I was going to tell you to do with that Samsung tv.

The response times for this tv 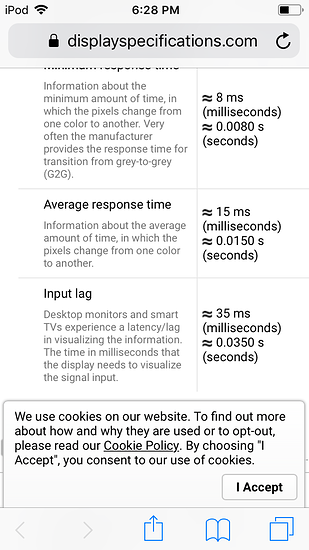 The 8ms is “minimum response time”. Sorry I didn’t get that in frame when I screenshot

Is minimum response the normal? If thats the freq I’d come to expect on avg I will def buy that TV and make it my monitor. Like, tonight maybe.

I’m used to CRT’s to be completely honest. I really don’t know that much about lcd screens.

I think the normal is the avg. which is 15 ms

Hmmm. Aight. Might go tonight if I can gather a bit of cans. Get a free 10 bucks LOL.

Actually I can buy it I get paid every week lol.

What 4K Samsung monitor do you have? If i remember correctly that thing was basically tv size at like 30 something inches. I don’t think it was under $200 tho. But I think the color gamut on that thing was big.

I’m also thinking of having a TV as a new monitor. I’m actually looking at a 40 inch 4K samsung screen at bestbuy. Buuuuut… This looks okay…

My new one is pretty frickin’ decent… They’ve come a long, long way…

I’ve decided that if its shill there next week it was meant to be. Been there since, like, april anyhow