Because I can't imagine navigating through my own computers operating system and running across an ad for something. That's all you have now , an ad machine.

Why not open your sock drawer and get a doritos ad.... we know you want doritos , you typed the word "doritos" before when you were coming up with a list of foods you don't like. We know you ultimately didn't feel like posting it , but you typed it..... 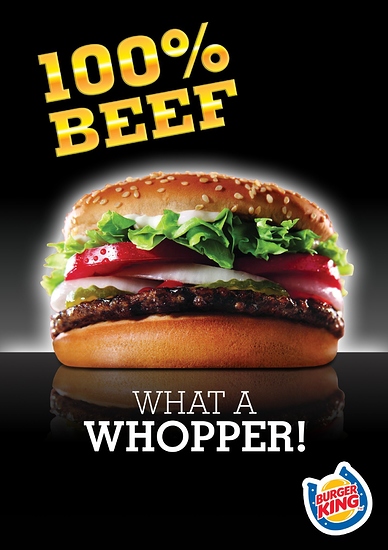 Oh I'm sorry , is there a burger king ad in the middle of something that shouldn't have an ad there? We're sorry..... you can turn that setting off and we'll never do it again...... just download this windows "security" update and it'll all be better.

Look say what you want about the few benefits but we know the reality.... they couldn't get away with it on xbox launch , it went viral and everyone called them out. But now , everyone just sort of forgot , and all of the sudden you get a totally free os that does nothing but ensure that it collects as much data as possible to sell you crap.

Is your computer your tool for things you need it to do , or is it theirs to do what they need to do.

I use it because I want to play games - and NO Linux fanboi's, Linux is great but it does NOT compare (yet)
I dont see ads in my install of Win 10.

As much as I've looked and tried, there really isn't any office software that is 100% compatible with Microsoft Office, other than itself of course.

I use it because I want to play games

As much as I've looked and tried, there really isn't any office software that is 100% compatible with Microsoft Office, other than itself of course.

Interestingly this is deliberate and by design by Microsoft. If you look at their 'open standard' ooxml what they push and use what you'd find is that libreoffice follows the standard set by Microsoft but Microsoft doesnt, They dont follow their own standard, each release of office has an altered ooxml standard with proprietary tweaks to make it deliberately incompatible with anyone using the ooxml standard.

The goal is to force people to stay with MS office, and obviously it works, as you said, you cant leave because you want to use Microsofts version of their own standard.

OK
10, because it was a free update from 8.1 and I FUCKING HATE HATE HATE the win 8/8.1 start menu
10 because DX12 - not relevant NOW, but in the future
Brand new AAA titles are just not going to work on Linux yet (such as Just Cause 3, Armored Warfare, The Witcher 3)
Sure some games can be made to work, like ESO, TSW, but require a LOT of dicking around, yuo have to know what you are doing, and they still crash from time to time and are buggy.

Maybe its because I'm lazy, but Linux and games are just not worth the effort as things stand right now.

After watching Barna's video on unfucking win 10, I installed and ran Spybot Anti Beacon and I dont get ads, and Microsoft doesnt get any of my data.

Really the only thing that made me upgrade to 10 at all was the fact that I wanted DX12, and because I never thought it could be worse than 8.

Because it works for my needs, isn't that really what matters? We don't need another windows vs linux thread, seen far too many of them.

After watching Barna's video on unfucking win 10, I installed and ran Spybot Anti Beacon and I dont get ads, and Microsoft doesnt get any of my data.

Let me guess , you left windows updates on though

Did you know that windows 8.1 had a way to get rid of the "get windows 10" icon in the corner , people wrote nice long articles showing how to get rid of it. Microsoft then released an update for 8.1 and bundled a small change that prevented the file from ever being modified even with admin permissions.

So sure , you turned it all off..... There's no way they wrote the os and simply turned it back on with every single update....

where was linux mentioned

I still use windows for some games, but thats becoming increasingly rare.

if you want to steer it that way go for it , i dont use linux.

No I'd rather it not, just trying to preempt.

Yeah, it's damn annoying. I'd just use LibreOffice, but being in business school and people griping about GAAP/IFRS it's a lot safer to use Microsoft Office.

Yes I keep Windows updated, but I also keep Spybot updated and run it everyday to check and re immunize if required.
So microsoft can update and add spy crap as much as they like, they still arent getting any of my data.

Just because you use Linux, that doesn't mean that you're not getting tracked. Every singe website that you visit has the potential to track you. Every e-mail server can read your e-mails. Every instant messaging server can read your messages. If you want privacy, just stop using the Internet.

Now I know what you're going to say: "just use end to end encryption for e-mail and IM". But how do you exchange encryption keys without man-in-the-middle attacks ? Will every single person have a certificate signed by a certificate authority ? I don't think that's possible. The only safe way is to meet in person and exchange the key.

you're using their os every day. they already have it. lol Unless spybot blocks windows updates it's essentially doing nothing.