Why did Logan say not to buy Kingston SSDs for?

But in a recent video Logan said Kingston lied about the speed or something like that. Is the SSD that I linked above applied here?

Should I not buy it? Im on a budget and it seems very good value for money however I do not know much about SSDs.

Well Logan was recommending it but then people in the community, myself included, warned him not to and he stopped.

The issue is that the original V300s were made using a different flash technology and used better firmware. However, in a classic bait and switch, Kingston went with cheaper and slower flash memory and crappy firmware to cut costs and boost profits.

Now the V300 drives are absolute garbage. They are slow to the point of hilarity. Some people have reported read and write speeds that are no better than a mechanical HDD. The cheap flash and bad firmware, coupled with the fact that it is Sandforce based (meaning it uses data compression and data that can't be compressed IE lots of it, will be slow) means that these drives are junk.

Basically everything DerKrieger here mentioned, Logan called up Kingston, and they were like uhhhh.... what? we don't even... and then he just stopped recommending them after all the non-sense 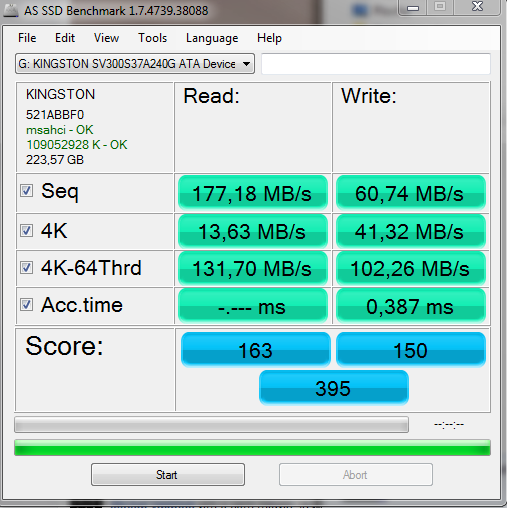 Wow does this apply to the Kingston SSD I linked above?

Also do you suggest any decent budget SSDs if possible? Or maybe I should just stick to mechanical hard drives for now.

The SSD you linked is the same one Bad posted. Here's a spreadsheet of the SSDs that TekSyndicate users are running. You'll notice that the Kingston SSD V300 pales in comparison to pretty much every other SSD listed currently.

The two best cheap SSDs in the UK appear to be the OCZ ARC100 and the Crucial BX100. Both are a little more expensive than the Kingston SSD V300, but they will be much better performers.