Who's your favorite Anime hero and why?

My personal favorite definitely has to be Itachi Uchiha from Naruto. His story was so well secretly kept that I didn't know he was innocent until he was already dead, even the way he acted to play the villain was convincing. It's such a shame that not a lot of people know he did everything to save the hidden leaf village from the uchiha clan and protect his little brother Sasuke.

I've never understood the appeal of anime, its just one of those things that doesn't compute within my mind XD. Care to explain why it's so good? not being a hater just genuinely asking cause who knows I might love it and just not have given it a good enough chance.

because the infinite variety of shows.

and my favorite is Lelouch VI Britannia from Code Geass

Define Hero... cause in anime its a broad stretch in my opinion. if you mean someone who does good deeds then my personal favorite "Hero" in all of Anime is Yuuko Ichihara from xxxHolic. Shes Funny, She can Be serious and is almost like a "College professor of sorts" who teaches Watanuki (The Protagonist of the anime) to think outside the box and to learn nothing is ever a coincidence.

Also I HIGHLY recommend this anime if you've never seen it, it has atmosphere and and has an interesting story. it also tends to crossover with another anime "Tsubasa: Reservoir Chronicle" Which is another interesting show as well.

I should be able to come up with someone better than Gintoki, but Sakata Gintoki.

I didn't say why, he isn't someone especially known for his honor or wits or bravery, but man,  he is a kind person dude and you can tell he is being himself . He is also a player :)

on a side note

GamerJOSH.. What genres do you find most interesting, Then maybe we can offer you some recommendations on what to check out.

I on the other hand love everything, I love the way it's presented and so refined.. backgrounds, Smoke, fluids, contact effects, emotions, sound... the stories are also a lot more genuine and less linear compared to what comes from the US. Finishing an anime is like going through a life changing experience while with everything else its like... "waw oh.. that was cool.. now let me get back to my usual life". 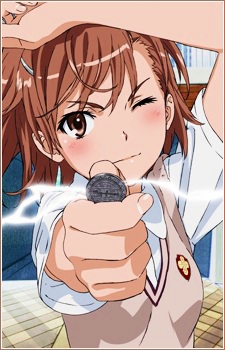 Major Motoko Kusanagi from Ghost in the Shell: Stand Alone Complex. I don't really think this needs much explanation.

+1 for Spike, the Space Cowboy I'm not sure if he qualifies as a hero though...

hmm. I think a lot of what I don't like about it is that I prefer to be looking at real people not animation. Although I like a whole lot of Genres I like 80s action movies probably more than most other stuff although recently I have been watching a lot of gangster movies. Thing is though I don't usually watch series' other than classic doctor who. I think another part of my dislike of it is that I just kind of prefer the western approach to stuff. :P

/).(\ someone please assist GamerJOSH. I'm clueless on what to recommending for an 80s western theme.

Dude.. try Blackjack... its very old fashioned and has a lot of advanced medical talk >_>;

lol. I told you so XD. I guess anime is versatile and can appeal to many people but not quite everyone :P. Anyway it was nice hearing some input from a not so militant anime guy. :D hopefully someone else can give me some more input on it though. ****EDIT: btw although I don't watch it anymore the pokemon tv show technically counts as anime right? Not that I would be interested in watching it again.*****