Who is boiler snake

who is boiler snake I don’t under stand

Boiler snake lives in the pipes of their hot water heating system and likes to chime in during their shows.

Boiler Snake is a running joke. The house/studio has a boiler and since it is old, it works basically mechanically. I could be wrong but I think it’s just the bi-metal bending inside which is used for temperature regulation.

I think the pipes expand when the hot water goes through, then contract again when it cools off - so they rub agains their brackets etc. Our building has that too.

I think its air that’s trapped in the heating system.

Wait, you are all pretending it is not the rogue sys-admin that L1T keeps locked in the basement?
Occasionally fed scraps of pcb’s/keyboards/USB chips through the gap at the bottom of the door?

The very valuable sysadmin that keeps the cogs greased and the hamsters wheeling so that the forum doesn’t break down?

We are all to imagine the site keeps running as if by magic and blue pixie dust?

Pfft, you cruel people, leading OP on so…

If you have to ask your not old enough ! 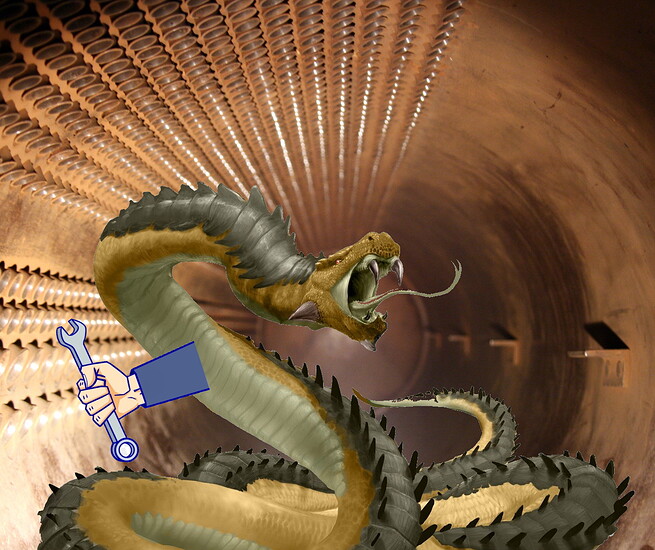 It’s a mythological creature that lives inside their boiler.

I am waiting for them to make a boiler snake t-shirt or something. They could make it the official mascot but, Ru may get jealous.

I fixed almost all the pipe banging. the boilersnake here is when steam encounters trapped condensed water inside the return pipes for the boiler. You have to tilt the boilers to run down hill but they’re so old debris and stuff in them sometimes pevents all the water from running out even though it is tilted and balanced properly!

the iron pipes are juuuust old enough they’re starting to fail. I’ve replaced about 300 feet of pipe. Ther’es probably 10k feet of pipe in this place, though. I’ve got about 8-10 feet to replace and when I do I’ll clean out the radiator thats banging and that’ll probably fix it.

I’ll clean out the radiator thats banging and that’ll probably fix it.

it’ll just slither into another section of pipe to get away from you. You cant catch the boiler snake.

Record the boiler snake noises. Make him the mascot. He must live on in future shows even if it then actually becomes any of your additional personal agreeing with something or for you guys to makeup a remark about. I don’t want to see him disappear I would be disappointed.

I agree, it would not be the same without the boilersnake. They could dedicate a raspberry pi or ESP to have a random generator that would have a 1/100 chance of triggering, say every 1-10 minutes during a live stream. If those were recorded live each time they could do a donation goal trigger.

This seems a bad idea…

So what’s stopping @wendell from making the fake boiler snake from making banging sounds every 15 mins to drive more donations?

EDIT: I mean he pretty much have all the knowledge from all the dark pattern requests he has accross all clients.

It’s a mythological creature that lives inside their boiler. 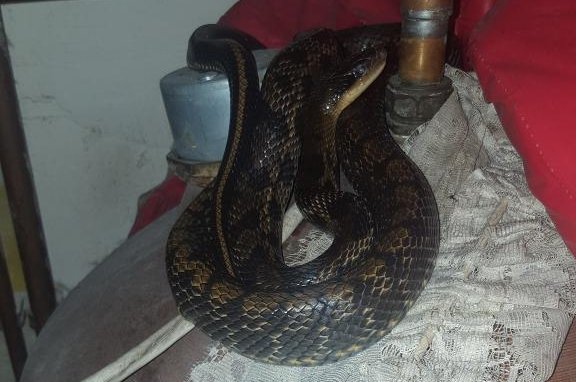 This seems a bad idea…

So what’s stopping @wendell from making the fake boiler snake from making banging sounds every 15 mins to drive more donations?

EDIT: I mean he pretty much have all the knowledge from all the dark pattern requests he has accross all clients.

No, I meant like if 100-300 dollars in donations are reached then the boilersnake will appear. (like the Godzilla) It has to be a sufficiently large number to not overstimulate the audience. Boilersnake experience must remain as authentic as possible. Also, most level1techs news are pre-recorded, so donation wouldn’t work. However, if the appearances are randomized so that even the crew are unaware of the next appearance, then it can work I think. The element of surprise is absolutely crucial.

Well it is true the boiler snake no longer appears in any of the apartments where people sleep, which is a welcome thing I’m sure. Prettymuch only appears in the studio and an adjacent conference room now.