Which network equipment is suitable for my home network

I want to create this simple network in my home, I do have more than basic knowledge of networking, but I do not know much about NW equipment, so, please help me buy the right ones
I’m ok for any design modification.

what I want is a router, switch, 2 AP … any vendor is ok
please recommend me devices that is cost-effective
my budget is 600$ max
POE is a must

Mmmmm… I would say at that price point to look at Ubiquity. 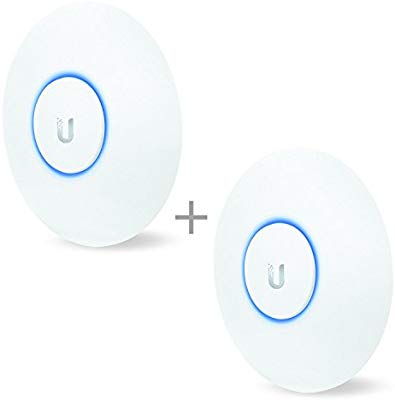 something along the lines of this with maybe this:

I was thinking i might get dd-wrt router, what is the difference between this gateway and edgerouter of ubiquity?

and does this gateway offers all basic router functionalities?

It supports basic routing functions, but you should still look at your use case.

What functions do you plan on using? (PPPOE over wan, QOS, vpn etc.) and what speeds you expect.

I started to look at ubi website and found Edgerouter X , and i think it’s a better router than th gateway.

basically, i want to internet pass-through from modem to router (pppoe)
a switch with poe to power the APs

Edgerouter should work fine as well, and it has been on the market for longer so firmware should be more mature.

2 4 port eth nics and 1 2port nic in server will allow server to do jobs of ddwrt and switch,see netsh ras for setting windows ip4rtrtype/ip6rtrtype
Run windows as vmachine under server even if server is windows for extra security(yet extra setup time)

after some research and reviews i might go with
Edgerouter X

ok then what about edgerouter4…
and can you please give more details about pc router thing? what hardware and software

I have hear good thing about Ubiquiti products. I am more for getting away from IoT devices however. If Ubiquiti is lazy patching or just EOL a product. Your buying gear again or are unpatched on the internet. A router / modem can last a decade easy.

A PC-router is what your DD-WRT router is. Linux based alternative OpenSource firmware suitable for a great variety of WLAN routers and embedded systems.
PFsense is one of the popular open source PC-router software. Maintained and patched.
PC-router as in it just any pc with a network card’s

This is the setup I run, Pfsense on a VM. I gave ubiquity as a more drop in and forget solution and very easy to setup. Don’t think most users are into the setup and control of Pfsense but if OP feels up to the task I would definitely say do it!

If Ubiquiti is lazy patching or just EOL a product.

If you’re going with 2APs+switch+router and paying ubiquiti, you might consider getting unifi variants instead of edgemax variants of products just so you could manage them all together from the same ui.

This home server you’re mentioning on vlan10 could be useful for running the unifi controller, otherwise throw a raspberry pi b+ and an SD card in your shopping basket

Another vendor you may want to consider is Mikrotik. Get a hAP ac2 and a pair of cap ac, and you’re done)

They’re in a similar class as ubiquiti (ie. long term upgrades), their UI is not as friendly and their wifi is typically lower spec; but they are cheaper.

Windows netsh
And microsoft tech documents sites(load balancing with netsh)
But as stated theirs setup time involved
And things are totally not under menus you would expect them to be
Netsh ras set (type, user, wanports) are few things needing setup
Need to link interfaces used to “router” being built
Netsh interface --have many things to set here as well as netsh netio and netsh rpc for remote admins and routers use firewalls so netsh advfirewall need router have a profile and rules setup
If wireless radios then neth wlan interfaces need setups(or mbn if mobile)
Need netsh dhcpserver(non server os doest not have by default)
Need to goto windows add programs and then add features/components and install internet tools and such for services needed(smb direct/multichan, ftp, etc)