Which is better processor for Virtualization AMD's or Intel's?

I am planning to build My Desktop PC/Server with AMD 3950X or above to build my home lab to practice most of IT related stuff on simulator , I will be having almost 20 VMs running parallel to practice all stuff .

Here is what I want to achieve

What I want to practice on my Home Lab Server is as follows:

I will be assigning the Storage from NetApp ONTAP OS to Windows , Linux and Solaris system.
Configure Cluster between Windows & between Linux system.
Setting up the common mail server across all VMs.
Setting up common Domain Server, NTP server.
Taking Backup of all VMs through Backup Server to virtual disks assigned from storage through scsi protocol, doing restore of file level, Entire VM level ,snapshot Restore
Replicating data from one Storage Cluster Node 1 to another Storage Cluster Node 2
Perform Database Restore.
and other all possible stuff which can be configured on lab.

I hope I will be able to do this with

But need suggestion and guidence on buying AMD or Intel procesor…

What is your use case for this machine after you’re done learning. Gaming, or will it live in a closet and be a server?

I’m a big fan of bandwidth, and that’s one thing AMD’s popular desktop line is missing. A lot of cores and IPC but nothing to feed it with, a paltry 20 pcie lanes and dual channel memory.

An old Threadripper with get you 60 lanes and quad channel memory (x399), up to 16 cores decently priced

As above x79/x99 with xeons is the way forward.

Spending $1500+ on a machine that is a ‘beast’ may sound like a good idea but why do so when spending $500 does exactly the same other than total processing grunt.

Would probably go 3960x with your needs

If you want to run all that i’d say that X399 may be the platform for you. TRX40 just dropped so expect prices on TR4 gear to drop shortly.

The first/second gen threadripper NUMA issues won’t be a big deal for your VM workload.

Threadripper will also have plenty of lanes for m.2 storage, etc. With that many VMs, you want as much fast SSD as you can get.

X79 is a dead end, ancient cpus, susceptible to spectre/meltdown/etc. and maybe not even patched, or significant slowdowns if so.

Agreed a dead end that cost 30% of the new build.

Yeah, I understand that. Just I doubt a 8/10 core ivy bridge is going to be too shabby unless you have a high CPU requirement and they are very very cheap.

Best imho would be a 3960x but be prepared to bend over on prices… Best depends on future use, in addition to current educational goals.

If all the OP wants to do is run VM’s to learn how to sys admin, well, IPC isn’t a big deal… a 12C/24T xeon with 40 pcie lanes is plenty for the proposed workload. x99/c612 provides an inexpensive path to huge ram and lots of lanes for storage (biggest bottle neck for a virtual host is storage not cpu)

Now if the OP plans to game on the machine while not using it for learning, that gets harder. Machines that make good servers don’t make good gamers, or you need to spend boatloads to get both.

Do you intend to slam all those VMs at once? Do you anticipate needing to add in more IO than x470/x570 can support?

biggest bottle neck for a virtual host is storage not cpu

This, especially as you’re intending to virtualize everything on a single host. Additional SSDs to test your migration/failover/cluster interaction would likely give you the biggest bang for buck in terms of reducing time spent waiting for an test operation to finish

Would probably go 3960x with your needs

I kinda agree for the things that topic starter mentioned,
i would likely go with 3960X TRX40 setup, plenty of cores then.

Another option could be x399 Threadripper with a 2970X 2990WX.
The only downside of a 2990WX and 2970X is that they use allot of power,
so you are kinda stuck with only two decent board choices.
The Asus x399 Zenith extreme Alpha or the Msi x399 MEG Creation.
So yeah depending on the prices of those cpu’s and motherboards in comparison to the new TRx40 stuff.
It might be a viable alternative to consider.

But if money isn’t an issue, then i would go with a trx40 straight away.
Simple because of the great performance of the new cpu’s al round.
And of course pci-e gen4 which can be a benefit if you truly need allot of storage.

the 32 GB DIMMs are rare and expensive 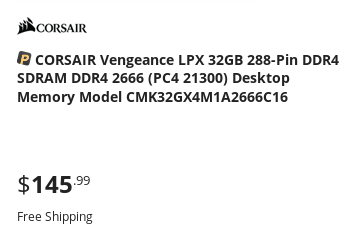 I will configure 3 Node ORACLE RAC and configure Database.

sorry if i derail the topic

I did not mention anything about gaming on this machine, this is purely for educational purpose,

Mixed replies making me confused, Intel Xeon / Thread ripper?
I want to know the best CPU to handle all my workload ,But I cant go beyond 3960X as byond that all are out of my budget.

I want to know the best CPU to handle all my workload ,But I cant go beyond 3960X as byond that all are out of my budget.

If you can afford the 3960x, go for it. It’s the best offering right now in mainstream for the workloads you’re proposing.

Neither. The big advantage to virtualization is over-commitment of hardware. The CPU is so fast it spends most of its time twiddling thumbs, so give it more machines to take care of. A 8c/16t CPU could easily handle the list of guest-machines you proposed in your first post. None of those VMs are going to be pegged to 100% cpu all the time, most will be sitting idle.

None of those VMs are going to be pegged to 100% cpu all the time, most will be sitting idle.

That’s pretty sweet, I don’t see it listed on the QVL for my ancient x399 motherboard, wonder if I could run four of those, maybe relax timings a bit.

Wow when did that change? Last i checked they were… many $$$

I’ve run many VMs on a regular basis (cisco virl + vm lab) - and agree, your priorities for a LAB are generally RAM + storage IO speed, CPU comes… somewhat after that. Threadripper is attractive due to the IO and memory slots imho, a 1900x would be plenty for most in a small/medium VM lab type environment.

More cores is definitely nice, but for a bunch of lab server VMs you can get away with acceptable performance on a fairly low core count so long as they aren’t all trying to do dumb shit like AV scan or Windows update at the same time.

But I cant go beyond 3960X as byond that all are out of my budget.

A 3960X should basically be plenty for your needs.
And in terms of motherboards it kinda depends,
on what you need in terms of io.
Because you don’t nessesarly need to pickup a $700 / $800+ board.

There are also cheaper options depending on what you,
like to have in terms of connectivity.
None of the TRX40 boards really suck vrm wise.
So yeah it just kinda depends on features you need.

Considering that you said you like to use this for the next 5-6 years. Get the 3960X, it will give you 24 cores, great IPC. And you will have the ability to upgrade in 2-3 years to a 4th gen processor if you like. Then you’ll probably have 64 cores at a reasonable price. Also, you’ll have the ability to go up to 256GB RAM in the future when 32GB DIMMs drop.

And finally, if you want some budget, just for learning, I might look at the used Xeon route. You can probably build it for much cheaper and get much better return on your investment.