Where to buy drives in bulk for a good price?

I’m looking to buy around 20 18Tb SAS drives. Does that count as bulk? I’m in Canada and the local places here don’t carry SAS drives. And to special order them is crazy expensive. I know there’s newegg & amazon but I was wondering if there was some other vendors. Also I do have an address I can send them to in the states, so anywhere in NA would be preferred.

I just bought 15 mg08’s off of provantage. For me the biggest sticking point is packing; I wouldn’t trust amazon to use the proper OEM packing with the special carrier for hdds.

Personally I would go Amazon just for the fact that you can easily return them. Every drive I’ve bought off Amazon has been packed properly, and if its not just return it

Is this for one server? Have you considered a larger number of a smaller capacity? You may find the most storage for your money is in the smaller sizes although you will need additional support for extra drives. I would say 10 drives is the smallest ‘bulk’ order and that would be pretty small.

More smaller capacity hdds typically gets you more performance too, but less reliability in terms of number of hdd failures over time.

A bulk order to me is whatever gets you the proper oem hdd packing, for toshiba that happens to be 12 hdds and up: 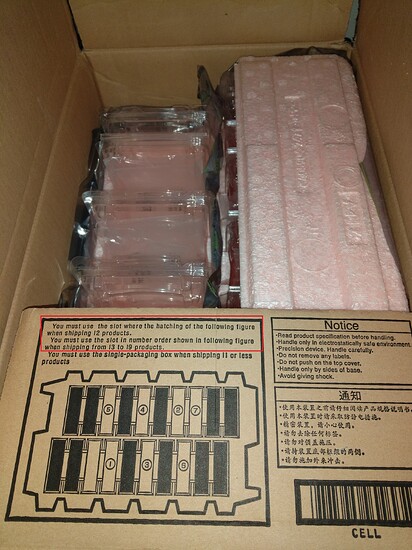 Rough handling can have an insidious effect on hdds that doesn’t always show up right away; It can brinell the spindle bearing so slightly that it doesn’t fail until months later.

20 18TB SAS drives would likely be considered a bulk purchase. Some vendors that may offer bulk discounts include CDW, Tech Data, and Synnex. You may also want to check with manufacturers such as Seagate and Western Digital directly, as they may have authorized resellers that could offer bulk pricing. Additionally, it may be worth looking into online marketplaces such as eBay or Rakuten for bulk deals on SAS drives. Keep in mind that some resellers may have restrictions on shipping to Canada, so be sure to check the terms of sale before making your purchase.

I suggest you do the sums for various size drives. More drives is obviously more expensive to support but the drives are cheaper. Swings and roundabouts. The advantage of smaller drives is they are quicker to replace when one breaks. Drives will break so you need to make sure that replacing them is fairly easy. I don’t really mean hot swap which is nice, I mean re-silvering the array in a reasonable time.

I think hard drives started to become a bit crazy at 1TB. I use 3TB drives and they are still manageable. By the stage of a 20TB drive you’ve got a very long wait for the re-silver to complete. It’s still pretty much the same electronics, mechanicals and data speed but now you expect many times more storage.

Just picked up a bunch of refurbished HGST 8TB SAS drives off eBay for $48/each. I expect 1 or 2 of the 10 I ordered to be defect on arrival and the rest to work for my purposes of backup storage. The RMA process is mostly painless.

Good enough for me. May not work for you.