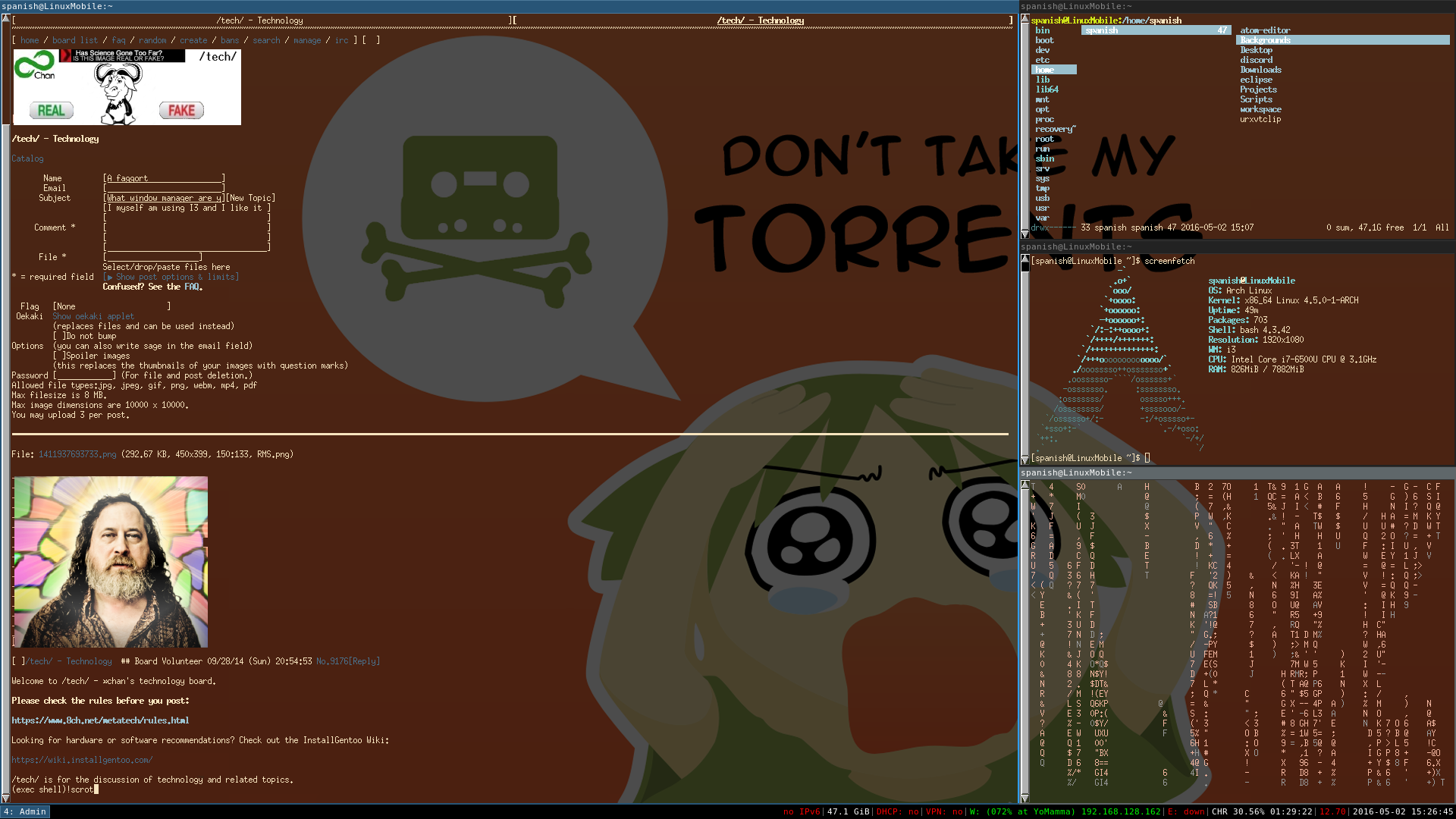 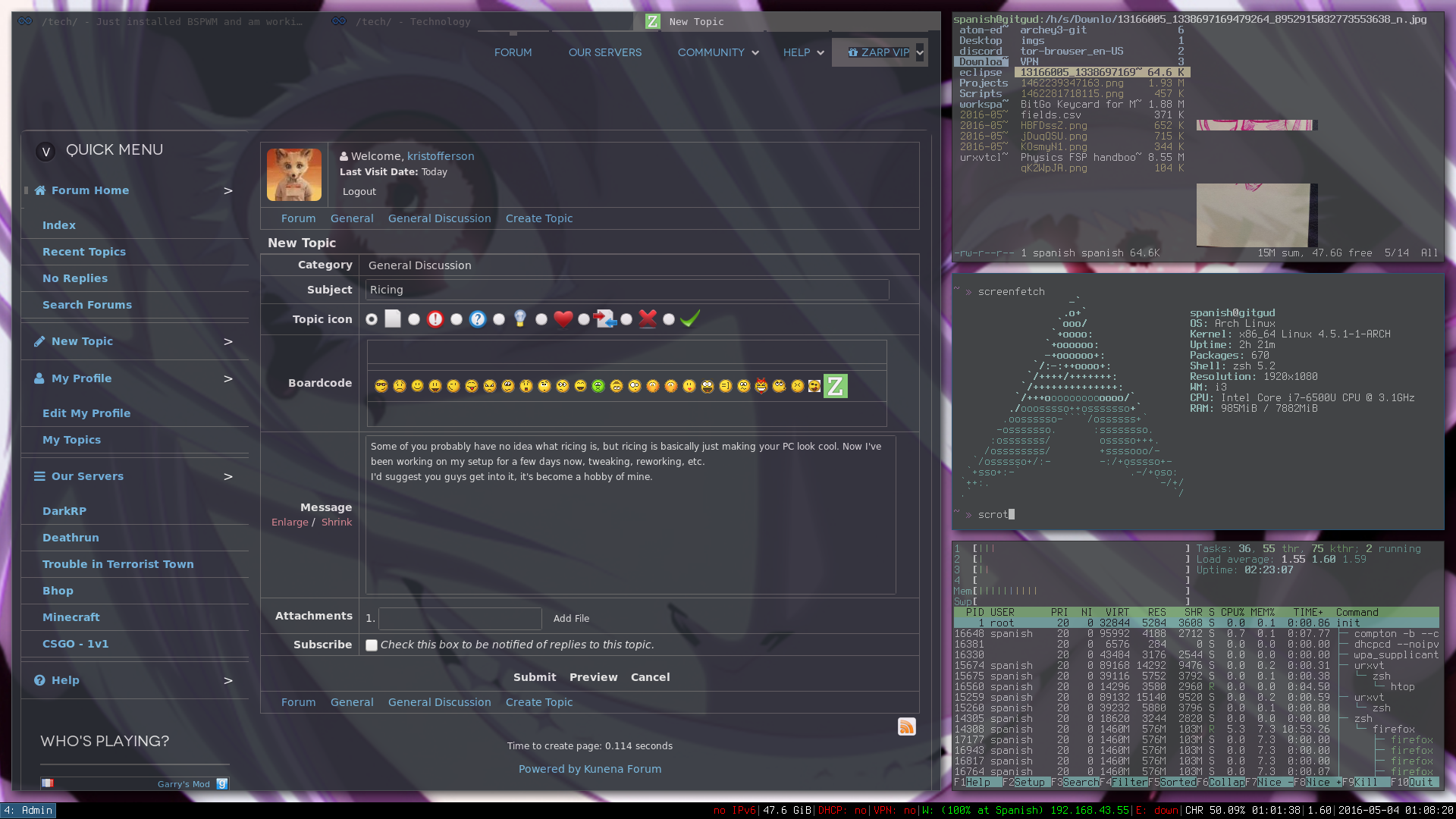 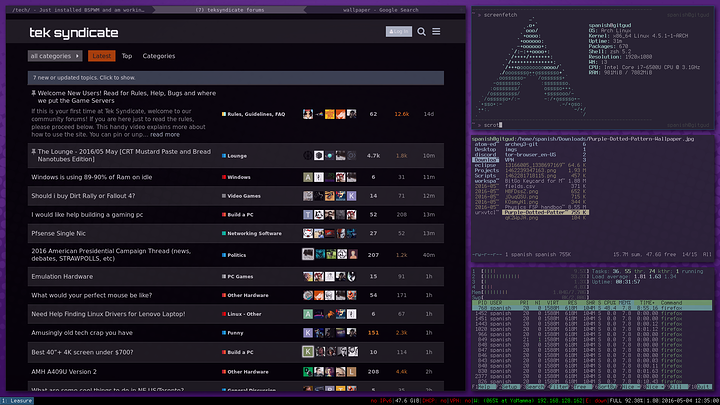 Also I just noticed that it the image upload allows me to post an img html tag, that's gonna end well...

not sure what I am supposed to be seeing...

Me failing at ricing my linux distro
The second one is the first attempt. I need to swap them around.

In linux it is not called ricing ? It is calling setting it up however the you want. :)

Ricing is what you do to waterdamaged electronics. You know, put the device in a ball of rice over night. The rice attracts asians who will fix the device while you sleep.

I thought those guys were messing with you lol... I can't see the first two pictures because I'm at school, but your current one looks great! Is your browser transparent though??? How'd you do that?

Well obviously. But how do you apply the setting is what i'm asking. Also, you know you can customize your i3 bar colors, right?

Alright cool, I'll check that out

This is what I had in mind at the title - wondered when ricing ever goes right. lol

Did not know this was a thing :) I would consider making it look like windows as ricing. lol

Making it look like anything is ricing
There's some great looking osx themes for ubuntu and mint.