You should also make sure your vm host storage over IP timeout settings are set appropriately.

So Apple went from 1Gbps to 10Gbps on some iMac’s and you say the rest of the world is incapable of doing that ?
How can this be the worst company moved to 10G and rest cant !!! WTF ?

So Apple went from 1Gbps to 10Gbps on some iMac’s and you say the rest of the world is incapable of doing that ?
How can this be the worst company moved to 10G and rest cant !!! WTF ?

Apple has a habit of introducing newer standards on their gears, for two purposes:

All in the guise of “We’re making this better and faster for you!”

Remember the 3.5" jack removal? Or the cordless iPhone strategy? Now, in 2022, it’s quite nice when Bluetooth standards and Wifi 6 has caught up and all. Back in 2014, it caused a LOT of headache.

While I agree 10 GbE is better than 1 GbE, if 10 GbE increase the cost by 10x due to factors such as heating and chip costs, is it really worth it? Especially if your house is wired on CAT5 and thus can only support 2.5 GbE? Only you can decide of course!

Because they, the big tech, the professional corporate greedy C* level execs, and the lazy incompetent pseudo engineers can make you do this, make you pay through your nose for network gear until they bleed your wallet dry, and you have no choice, all the while raising your cost of living while they get their raises, second house mortgages all paid off before they’re 35.

I think I’m pretty convinced you could do 25 Gbps over 100m over cat5e with technology available today (denser coding, smarter error correction, a bit more power delivered a bit more precisely), it just wouldn’t be as profitable for as many people.

A fellow person of culture, I see.

Just as a example of your stupid argument way not go back to Dual core CPU as according to you going to 10-20 core is to expensive more power use more heat more cooling but we still went to 10 Core !! Similar to going from 1G to 10G.

So for the excuses of some ppl we should be stoke at 4 Core CPU (like intel did not do this for 10 years) and 1Gb network as having more, cost allot to get more power more heat ?

I am not saying we should “go back to” anything. I am saying, do we really need to pay a 10x premium for New Shiny Schtuff™ when the Old Shiny Schtuff™ that we already own work perfectly well and already cover our needs/usecases?

Now I currently have 25GbE, even though 9600 was enough to play “Arrow Bridge” online on some BBS system

The apple customers ordering 10G are likely not cheaping out on DIY shit-tier cabling. They also have a 40% profit margin to cover their support costs.

But the price is not 10x it never was and it never will by only if we accept the paying what the sellers are imposing.
As I sed in the first topic they replaced the price for 10G with the price of 2.5 and make a new price higher for the 10G.

10x was an exaggeration to drive the point home. While I agree some premium is acceptable and especially if you have the need for it, at the other end there are those with 1 GbE network cabling and switches that have little need of anything faster (right now).

Part of why Apple is so pricey is because they put the latest and greatest tech in their computers and this in turn makes their computers more desirable, and well, pricey.

No one is making you buy 2.5G stuff. There are motherboard with 10G, there were motherboards before 2.5G that had 10G.

You are calling people arguments stupid but the only thing remostly close to that i see here is you stomping around and getting angry because you bought the wrong thing.

So eat your losses, buy the 10G you want and go away, stop being a noisy pain because you are offended by yourself.

Only the person buying can ultimately answer that.

All I want on my network is decent 2.5 GbE. I have no need for 10 GbE if it’s going to be 4x more expensive. Actually, if I had the option to expand my network with physical NICs instead of VLAN trunks, I would probably go that route. It was how I first started my first pfsense box, the router only had ports in mode access connected to the switch to different vlans, to allow for better throughput.

Nowadays I kinda want to save on ethernet ports, so I want 2x 2.5 GbE on my router, instead of 4x gigabit. Bonus that I can get a theoretical maximum throughput of 5 Gbps (in parallel operations). But the reason for going with 2x 2.5GbE instead of a single 10GbE is redundancy (planning on having two switches with some smart scripts to change the port configurations on ports going down). And buying 2x 10G is expensive and I have no need for that, especially if my switch is not 10G capable (which it is, but I want to use the 10G SFP+ ports to connect the switches, with the 2x 2.5GbE for the routers).

As mentioned above the switch cost is a huge thing too.

The other thing is that mast people at home simply aren’t doing anything Tver even pushes gig. Because most of the stuff they access is typically on the other side of a 100 meg or slower internet link.

Anyone with a NAS etc is an outlier.

Anyone with a NAS etc is an outlier.

That is why i went to fibre, plus now that fibre gear is not un-obtainium anymore, I figure that it will be a selling point in ten or so years, if we ever sell the house. I am seeing fiber USB/TB and Fibre HDMI start to be a thing now.

None of such needs ten gig. But yes still outliers

Well this thread’s a lot more screeching than I expected it to be.

I’m confused by people saying that 10G is so much more expensive than 2.5G. And can someone show some evidence of “2.5G pushing the price of 10G hardware up” if that’s the claim being made here? Because I’m not seeing it.

The adoption of 10G hardware happened a long, long time ago in the enterprise space and there’s an insane amount of retired or NOS hardware laying around that can be had for cheap just because there’s so much of it.

Hell my local network runs on 40G IPoIB for storage, because Mellanox ConnectX-3 cards are cheaper than dirt these days and you can get a retired Intel TrueScale 18-port IB switch for $60-70 because nobody wants them. 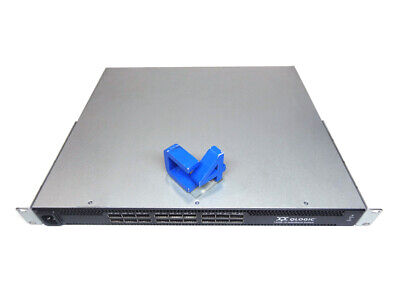 Get SMART about your IT™. A top rated IT hardware supplier. 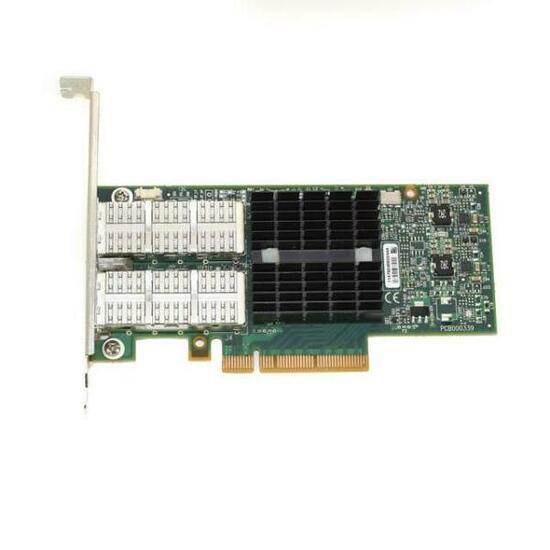 Find many great new & used options and get the best deals for Mellanox ConnectX-3 VPI 2 Port Network Adapter - MCX354AQCBT at the best online prices at eBay! Free shipping for many products!

There, done. Install an IB subnet manager on one of the things hooked to it.

No I’m not saying everyone should be running QDR IB in their house, but I am saying that arguing the value proposition between new different equipment faster than GBE is kinda pointless when stuff like this exists.

It still does. I prefer a RJ45 jack over Wifi in any hotel room. I’m in a hospital right now and the (payed) Wifi sucks (only got 17GB traffic over 12 hours) with multiple disconnects. This pretty much reflects my past experiences with non-home Wifi. Anyone remembering cafes/bars with power+LAN jack? Those were the days!

I only switched to wireless earbuds because modern phones lack 3.5" jacks. I always buy corded if I have a choice. WiFi on a stationary PC is a meme by itself.

I ran my stuff at home over WLAN to a hotspot on my mobile phone for years, without big issues.

No I’m not saying everyone should be running QDR IB in their house, but I am saying that arguing the value proposition between new different equipment faster than GBE is kinda pointless when stuff like this exists.

You are missing the point.
The ask/complaints is exactly why doesn’t consumer gear support 10gbit natively, while consuming less than 10w to run and cost less than 100$ new …
Apparently the answer ‘because 10g is hard on the cables/signalling and it requires a lot of power, hence noise, hence heat, hence mainstream only in the datacenter or in homelabber’s basements’ is not a valid one…