There are no kernel updates for rhel based distributions only patches. While could update to 7.8 this still would not pull a newer kernel. He would have to update to CentOS 8 which runs the 4.18 kernel.

He would have to update to CentOS 8 which runs the 4.18 kernel.

It’s one of those “you fix one problem, but break or create many other problems.”

It’s not a unique problem to Linux but yeah I feel your pain.

For a true apples to apples comparison it needs to stay with your exact hardware setup.

@alpha754293 why don’t you just get a live USB of some newer version of fedora running the 5.x kernel, and then run the test?

No you’re fine. It’s one of those things you pick up.

Each major release is supported for 10 years which is why it’s used so much in the enterprise.

Could it be that comparing my result to OP’s is “flawed”? My OpenSSL version is newer.

Your hardware, and software versions are different than his.

It would be interesting if you spun up a CentOS 7.8 live USB and ran the test again to see your performance delta. 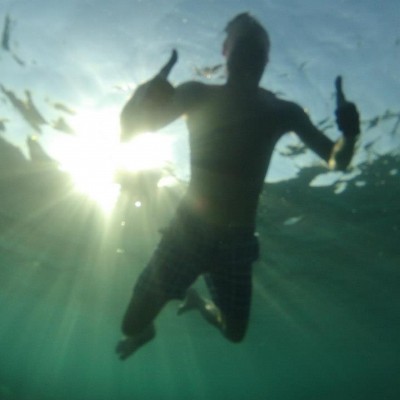 Simple tool to calculate sha256 on GPU using Cuda. Contribute to Horkyze/CudaSHA256 development by creating an account on GitHub.

Do you think that Cinebench single thread is really a good, representative benchmark of sha256sum performance?

I don’t know, that’s why I gave the disclaimer. It is a pretty solid way to judge maximum single core performance between CPUs in general. And when averaging out a couple runs back to back it is also very consistent. But I have no experience with benchmarking hashing algorithms and most of my systems are packed up for moving currently. So I can’t even run stuff myself right now.

In case its relevant, here’s what my 2700x puts out

It is a pretty solid way to judge maximum single core performance between CPUs in general.

Yes and no, I do seem to recall zen is particularly good at openssl related tasks, maybe its the huge cache vs. intel, maybe its just instruction set optimisation. Either way, it was one of the benchmarks AMD cherry picked to illustrate zen performance back in the day IIRC.

In any case, if you’re wanting fast hashing performance maybe checking performance on a Zen2 part might be worth it. For single thread, even something like a 3300x. Apparently they clock like a champ.

I am not aware of any GPU accelerated sha256sum computations

hashcat is one such implementation, but not sure how useful it’d be to you.

Are you sure you need sha256? Also, why limit yourself to single core?

(I’m thinking it might be faster to encrypt/decrypt using aes-gcm or some such thing, not sure, but it might be)

It’s not a unique problem to Linux but yeah I feel your pain.

It appears to be more of a Linux problem in my experience than it is with Windows.

Like I can upgrade the entire Windows OS and my CAE applications would still be certified to run on it without any issues.

With Linux, that’s generally NOT the case due to specific incompatibilities, not only BETWEEN packages, but also between different versions of the same package (which just seems crazy to me).

In other words, suppose that a Linux application needed a specific version of a package or another application or software or something, you would think that the newer version would be able to do everything that the older versions can do, but that is certainly not the case, especially with some of the more “core” or basic libraries like libpng and/or libjpeg. It HAS to use that specific, older version for the application to work. And then you’re on rpmfind.net HOPING that someone would have uploaded that specific version of the package individually so that you can download it and force it to install on your system.

I think that the list of packages now that I have, post OS install, is somewhere between like maybe 30-50 packages now. (I’ve dumped the names of all of the packages that I need into a OneNote notebook because it got to be too many for me to remember off the top of my head.)

With Windows, I don’t have this kind of a problem.

My application doesn’t run on MacOS.

why don’t you just get a live USB of some newer version of fedora running the 5.x kernel

Again, because not all of the latest and greatest supports NFSoRDMA.

And it’s also my cluster headnode, so that system is used to manage my cluster, which again, goes back to the whole point about application compatibility.

Those are some really good numbers.

In any case, if you’re wanting fast hashing performance maybe checking performance on a Zen2 part might be worth it. For single thread, even something like a 3300x. Apparently they clock like a champ.

Yeah…that’s why I wasn’t quite so sure.

The latest benchmarks for the Intel Core blah blah series 10XYZ series processors – according to Anandtech, the single core Cinebench R20 score is maybe like 1 point better than the Ryzen 3950X, which is statistically insignificant cuz it’s well within the noise space/test-to-test variation.

Thank you everybody for all of your contributions.

It would appear that Ryzen (and maybe EPYC? by extension) is just kicking Intel’s arse when it comes to hashing.

If there are other people who have and/or would like to run their test, that would be greatly appreciated.

The more data, the better.

Have you decided on a budget for a new system?

And so does sha128 technically (although the official SHA-1 spec shows that the minimum bit size for SHA is actually 160 bits, but even then, at sha160, there are collisions with that as well). sha256 is more secure against collisions.

why limit yourself to single core?

Mostly because I haven’t figured out a way to parallelise the sha256sum tool/application and I’m not sure that one exists when it is working on a single, large file.

I already have a script that will run it in parallel for many, many files, but I don’t have a way to parallelise it (yet), for a single, large file.

By default, when you fire up the sha256sum command, it only uses one core. I’m open to parallelising it (against a single, large file), but I don’t know enough about the SHA-2 algorithm to be able to do that myself (because I don’t know, for example, if you were to break up the file into n number of pieces, and then “sum up” the results of the individual pieces, whether you’d get the same answer if you just ran the sha256sum algorithm on the large file, without breaking it up.

Superficially, I wouldn’t think that you would get the same answer, but I don’t know enough about it to know how to begin to parallelise it. And I also think/trust that the people who do this for a living, the experts, if they haven’t parallelised it by now, there’s probably a really good reason for that.

Have you decided on a budget for a new system?

There’s a couple of different options and also factors that are outside of this.

So…for example, Ryzen 3950X might be able to have a really fast single core performance, but it doesn’t supply enough PCIe lanes for a GPU AND a 4x EDR Infiniband network card and also a 12 Gbps SAS RAID HBA. (My total demand between just those three devices alone require 48 PCIe 3.0 lanes, which the Ryzen 3950X can’t supply.)

So…that automatically puts me into AMD EPYC territory due to the PCIe 3.0 lane demands, but now I can’t get as high, in terms of single threaded performance.

But no such product exists.

There were older Intel processors that supplied up to 48 PCIe 3.0 lanes, but that also means that they’re not that much faster than what I currently have, which, kind of defeats the purpose of trying to get/use those.

And then, on TOP of that, because of the way that AMD EPYC is architected, using the chiplet/CCX design, so in order to maximize the total memory bandwidth, I think that I would need like a minimum of either 16 or 32 cores (on the EPYC) so that all of the CCXs would be directly connected to the IO die, etc., etc.

So, there are a lot of factors that go into that.

I’m trying to be methodical in my approach, when I am thinking about how to find a solution for this problem, but there just isn’t a product like that, in the market space, that actually does what I ACTUALLY want it to do (which is have the really fast single core performance, AND have like 64 PCIe 3.0 lanes at minimum.)

I can run the test on my Epyc server.

But no such product exists.

Well, what about Threadripper? 3960X for example. Clocks are pretty good, IPC is pretty much on par with AM4 Ryzen 3000, quad memory, lots of PCIe4…