If you were stranded on an island, with only one cd, one movie, and one entree, which would yours be?

Mine would be Chicken Diavolo from Bernellis / Portillos. Best pasta ever. 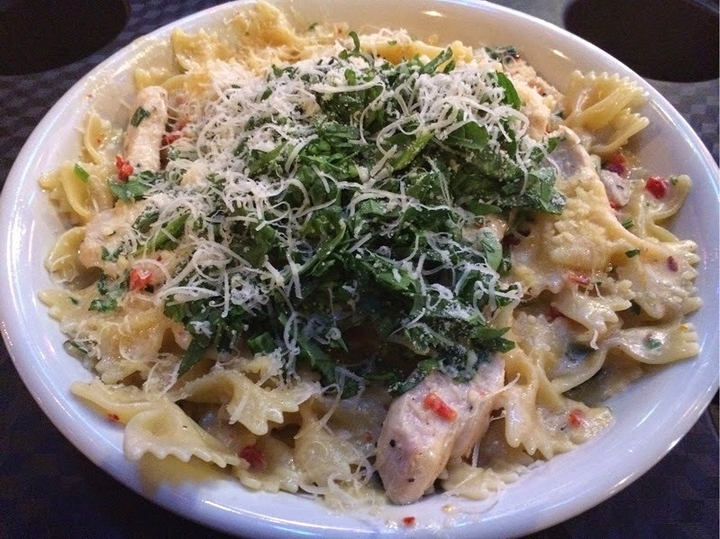 My movie would be 'The Departed,' or 'Empire Strikes Back'. I love both of those movies so much, because to me, they are movies you can watch countlessly. I also really like the Lord of the Rings trilogy. EDIT: Actually, I think Eyes Wide Shut is my favorite movie of all time. The dialogue used in the movie, the pacing, the colors, the suspense over nothing but dialogue, it's just masterful film making. I love the undertones in the movie about a shadow government and manipulation. It's just PERFECT.

My music... dang that's tough. Origins of Symmetry in 2001 by Muse(citizen erased being one of the greatest rock songs ever), or Rishloo : living as a ghost with buildings as teeth. (new band I've been into, but they are tool meets mars volta, they rock. For all you Metal Heads out there: I really like Devin Townsend, Born of Osiris, Katatonia, and more...

I actually don't think Muse is amazing anymore, but Origins of Symmetry really shaped my musical choice as a young adult.

Well....for food it would be Thai red curry chicken with jasmine rice. For the movie it would "The Grand Budapest Hotel" by Wes Anderson and for the album it would have to be"Ok Computer" by Radiohead

BBQ'd bacon, sirloin, takoyaki
Pulp Fiction is unrivalled in view count
Too many records to name, depends on my mood. Like film view count i guess Joy Division's unknown pleasures and warsaw are unrivalled.

I too am a big fan of Quentin. Have you had the chance to see The Hateful Eight? They aren't playing it anywhere near me, I'd have to drive an hour or two.

Same here, i want to see it at the theatre preferably so i'm hoping and waiting. Django was fab too. He's just so good at making films, my least fav ones would be the kill bill series and bastards but still... all good.
Defo will watch Hateful Eight though, i'm a huge fan, i think that my second favourite movie would also be a tarantino one (Death Proof). I'm also a big fan of Russ Meyer, Faster Pussycat Kill Kill would be third on the list.

I'll watch it on the first of February. There are only 4 or so cinemas in Germany showing it on 70 mm film. It's only an hours drive.

For the topics question; Buffalo Wings with Blue Cheese, Lord of the Rings (watched every movie about 40 times already)
and for the CD....that's really tough. It has to be diverse, suiting a lot of emotions. Probably a best of album I suppose.

A Best of 70ies Rock Album would be perfect....the Stones, Hendrix, Pink Floyd, Dylan....maybe Bob Marley. That would be nice.
For an Album of a single band. I'd choose 'A Weekend in the City' by Bloc Party. My favourite album ever