Im after a decent portable recorder preferably with at least 24bit 48khz audio recording in Stereo. I would like it to be high quality ( obviously ) semi-pro is fine. A sensitive Mic is a must it is not just for localised recordings it is more so for ambient.

I'm not sure of the specs, but I've been looking at those Zoom H1-series of portable field-recorders.

There is a Youtuber called 'Zoffinger' that utilises this portable recorder.

Thanks thats the phrase! portable field recorder. I m going to amend my OP

or not, because i hit my edit limit.

Logan had one of the larger portable field-recorders that he used on the earlier series of the Tek Syndicate.

This was a large rectangular black box with the furry windsock on it, I can't remember the brand.

I remember it well , I wasn't aware it was able to capture ambient. I am a noob here, I need to record stuff potentially upto a few hundred feet away, albeit in a quite environment, are these units capable of that ?

I think you need a recorder that is fairly sensitive to record audio that is a few 100ft away, I assumed that you were after a recorder to record a person close to the device.

No I need ambient ability :)

(I have one of these... they're VERY good for the price) 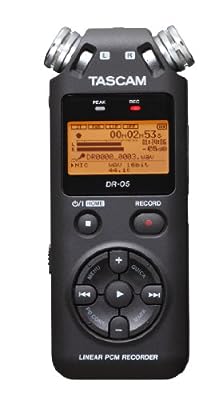 Pro: (add your choice of mic) 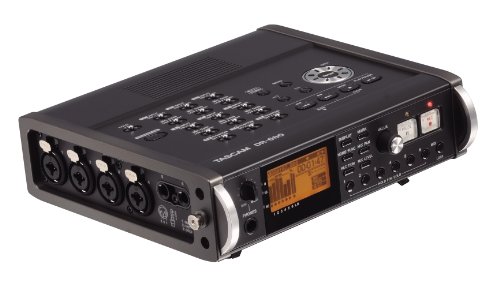 TASCAM's DR-680 brings multi-channel portable recording within reach of any musician for polished live, location and surround recordings. Up to eight tracks can be recorded to solid-state SD card medi ...

Im watching some reviews. The Zoom H5 is a touch over budget and i may go with the H4, they feature XLR . I shall go and watch some DR-05 reviews though.

The DR680 looks pretty sweet, im sure it won't take too long to find a good make. Multichannel might be something to consider given its usage scenario.

Zoom h4n and tascam dr40 fit the bill. I own the tascam, use the zooms regularly for work, both are great!

I don't know if this recorder is in the same league as the ones previously mentioned but the suggestion I can give you is to get the Sony ICD-UX533. I've been using one for two years now and it works great. Best quality setting available is LPCM 44.1KHz 16bit. I know it's lower than 48KHz and 24bit but the thing is really small and portable, works with a recharghable AAA battery (can be charget through USB too) and can record continuously for 6Hrs with said setting (tried myself). The mics are pretty sensible but I've never test them at the full sensitivity.

im leaning towards the newer h4n pro, it has the same preamps as the H5 much higher quality and lower noise floor, the only thing it misses are the two jog wheels for levels as you have to set with a button on the side as with the h4, no biggy.

Logan uses a Roland R26. It as 2 xlr inputs and 2 microphones for X/Y stereo and 2 omni microphones.
I believe it records in 3 stereo .wav pcm tracks (or mp3).

Logan plugs the headphone output of the R26 into 5d MkII microphone input so it's perfectly synced.

I read somewhere that the SNR is 2-5 dB lower than other units but listening to the early episodes of The Tek where Wendell plugged his condenser microphone into the R26, I could barely hear any noise floor over the computer fans. 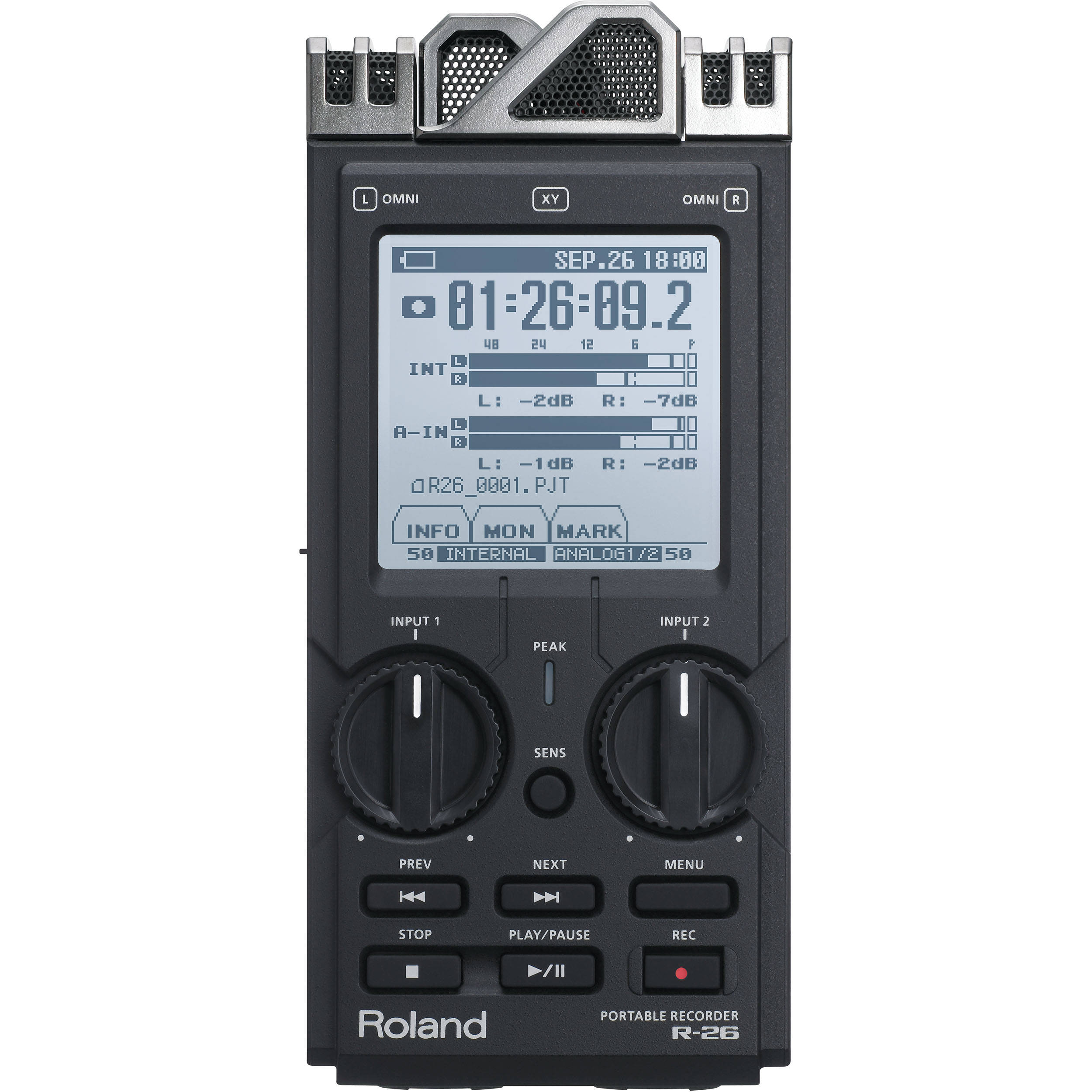 When you say 5D do you mean cannon 5d i.e he plugs the output into the camera for audio sync?

Yes. I saw the 3.5mm TRS cable connecting the microphone to the camera in some conventions. (CES ,PAX ect..)

From watching, all major professional video producers and film producers use a DFR + audio hook up to camera for sync. That Roland looks really great quality, but the H4N pro is $170 -$200 less and yes probably a few DB worse but the DB is already a high 92db afaik, the noise floor is very low so i suppose it might just come down to perceived quality differences.

Maybe when i get into it a bit more it is an upgrade path, thanks.