What was the last straw for you leaving Windows/MacOS?

I think everyone has a great rant about why they left Windows or MacOS including myself. For me, I was on a project that had to rewrite several win32 apps that would run on Windows Server 2012 R2, but were originally built for Windows XP. (We failed our network security audit that year because MS stopped supporting XP) Most of these applications automated Excel and Word functions through their COM objects, which Microsoft explicitly states that you should NOT use in server environments. Development was a hell hole since debugging issues were never straight forward, especially when they dealt with the Registry, UAC, or missing DLLs. I can't fully blame the project's failures on Windows due to the terrible decisions made by management. But it forced me to realize how unnecessarily complex Windows structure and tools are. Since then I have told management that I'd quit before developing for another windows server. Still have a Windows 10 partition for games but other than that its all Linux.

Performance - I overclocked my laptop and it never performed the same again. So I sought an alternate OS that could help it be at least a little more powerful.

Never be cheap kids, buy the performance you need in the first place.

Also protection - Back in the day I was downloading stuff and infected the computer. It had all of these pop ups and other junk on it.

I left Windows because it costs money for a license.

I went back because I need certain programs that are Windows only right now.

My last straw was that motherfucking menu breaking. How the actual fuck can the most crucial and marketed part of the operating system be the most cunting broken one. Beyond that, no fixes were ever offered and no one from Microsoft has even acknowledged the damn issue. That was my last straw. I really was excited when Windows 10 arrived, but that was some shit that made me saltier than the dead sea.

Yeah I still have a windows 10 partition for games and such. Can't get rid of it 100% until Linux gets more support.Thank God for VMs though!

I have a rant for why I left linux lol

Yes please! No OS should be safe from criticism!

I am still on Windows 7 but with Windows 10 getting more and more creepy you never know as maybe by a miracle I will switch over to some form of Linux. It is likely a longshot though.

Maybe the closest thing related to this would be when win8 hit the market, and I got a new laptop from my workplace, a small networking company, and it required the creation of a MS account.
At which point I said screw that and put Fedora on it, and not long after replaced win7 on another machine with linux as welI because I got tired of windows' slow updates... was more comfortable with linux anyway having used it as main platform since -05ish.

After that I had no windows at work anymore. At home Win7 only ran in the occasional VM.
Altho couple of months ago I got myself a new laptop, purely for Star Citizen lol. It's w10 but it's a game 'console' not a work/normal use machine. 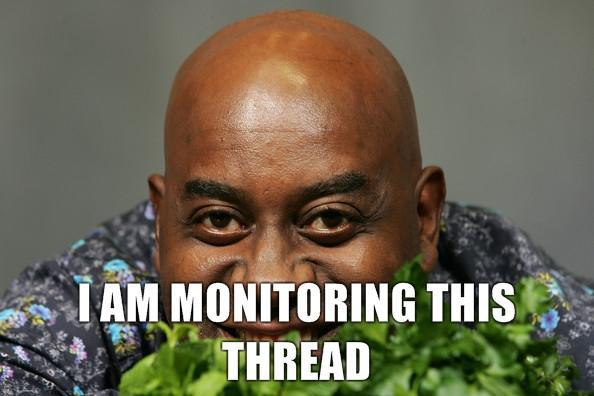 the spying thing. havesting data as a way to pay for the free product is one thing, but when you pay 100$+ for it and you cant even turn off the spying thats unacceptable. windows being broken as fuck and doing all this "only on windows ten" shit is just confirming i made the right decision.
and if zen or the new intel whatever or any other piece of hardware or software is windows only then i wont buy it.

At a certain moment I just realized I could do more with Linux, it was more efficiënt, and it protected my data in a better way, during the time Microsoft was pushing Vista. So yeah, as a lot of times it is just one of those moments where you take the leap.

Pimarily the spying stuff. I'm only using Windows for games now, ditched os x on my laptop and remote computer in exchange for Fedora 25, and dual booting my gaming PC with Fedora also.

It is likely a longshot though.

Holy shit haha wtf is that

For me it was the spying. But not the spying just from windows 10. The stuff that's been going on for years. Proprietary windows having government backdoors and severe virus vulnerabilities. I mean yes you can use common sense and not get a virus but in the event, you're completely defenseless unless you sell your computers data to a sketchy free antivirus app. Linux doesn't have that issue at all. Windows 10 was just the icing on the cake for my switch. No way in hell I'm putting my shit on an unstable piece of malware that tries to auto-update constantly and replace my grub boot loader. I'm so sick of windows to the point of considering a CPU upgrade just to be able to do PCI pass through to play my games, with my current evga 980 for windows and getting an amd GPU for Linux. I might wait a bit to see what CPUs amd has to offer..

I think I would have eventually switched fully to linux because of all of the open source benefits in the long run, but that transition was expedited by how bad Windows got for me in the short term. I don't still use linux because of the disadvantages of Windows but for the advantages that linux offers. The Windows negatives pushed me to discover the linux positives. So my journey was a little different from yours but I ended up in the same place as you ( linux > ).

I bought a new phone, it came with Android...