So my mainboard's (ASRock z68 pro3 ATX) PCIe slot died on monday and I'd like to turn my PC into something useful. I thought about either using it as pfsense box, or turning it into a btrfs NAS (raid1). Currently I'm undecided, but I'm leaning towards a NAS, because I wouldn't want to keep this rather power hungry pfsense box running 24/7. Aside from that, I have a couple of hard disk lying around somewhere, while I'd need to purchase two network adapters.

Do you guys know how much the CPU's power draw would decrease if I downclocked it to 2GHz? 4x2GHz should be enough for either, pfsense and btrfs NAS, shouldn't it?

Do you guys have any suggestions?

(As a side: I'm propably going to replace my PC with a Zen build, but more on that later)

Its more than enough for either task. AFAIK underclocking wont net you any less power draw unless you're pushing it to its max clock speed, whatever that may be.

If it were my build I would throw insert distro here on a raid setup and make it a storage box with samba shares and owncloud. Because thats exactly what I did with my old HTPC box.

I have a z68 2500k sitting here as well next to the shelf. IIRC with no drives in it the draw was around 60w, but it has been a while. Did you put it on a kill-a-watt or something and measure it yet?

This thing will have no issue doing what you want though. I have pfsense running on a Baytail Intel with no problems, drawing 15W though.

You could do more than one thing on it with virtualization/containers as well and combine some tasks.

If you have a more powerful processor, you could either sell it or make it way more useful by building another PC with it. Probably make it into a server computer?

IIRC with no drives in it the draw was around 60w

My own 2500 (non-K) with a Z77 MoBo and two SSDs is drawing 37-40W from the wall when at idle. That's at stock speeds (3.3GHz, although IIRC it goes all the way to 1.6 on idle) and without a graphics card.
I should verify the idle frequency, but I'm in the middle of ripping a bunch of blu-rays. Perhaps later tonight.

under clocking probably won't result in any power savings but under volting might well give some small benefits and a result in clockspeed might be necessary to make the cpu more stable at lower voltages.
However, I'd expect more significant power savings from enabling all those C-State/P-State/etc super-power-saver-etc features that you might have disabled when the system was your main rig.

Set the system to aggressively go to sleep, maybe even shut-down + Wake-On-Lan and you'll probably get some pretty decent power savings if you don't use the system frequently. Oh, and double check all the OS-level power saving features like shutting down idle hdds, make sure nothing is running that doesn't need to be running, etc.

Thanks for all the input.

@Adubs: I already have a seafile server, running therefore I won't be needing owncloud.

@willrun4fun: Haven't measured it, I don't even have a device to measure it. 60W doesn't sound like much, I've read that it draws about 75W when idle. Virtualisation is always a good idea :-)

@GRIMx: I don't really want to sell it, since there are so many fun things to do with a computer (pfsense, nas, ...)

I was considering doing the same with an i7 2700K but according to Ark it doesn't support ECC. Apparently Freenas needs ECC and lots of it.

Im voting for a NASbox, would not trade mine for anything.

I'd recommend not using standard raid. If you're going storage server, throw on there some RAM and use FreeNAS/NAS4Free with Raid2z or something depending on number of drives. It is soo nice.

Apparently Freenas needs ECC and lots of it

Not quite. For data security and logevity it is recommended. But for an initial start you can use non ecc ram.

Once you got your raid array going, you can save up money to get a server with ECC ram and turn the machine you currently have into a streaming box (and a bloody good one too). Software decode all the things and likely be able to do 4k without an issue.

Thanks again for all the recommendations.

@Yoinkerman: Good idea, but I'm already using my RP3 with LibreElec for this purpose (and my wife's old notebook for Netflix and various other tasks^^)

I think I'll propably build a btrfs NAS, because I don't need to buy anything additional for it. Also, my wife's not to fond of the idea of having a midi-tower in our anteroom where our router is. 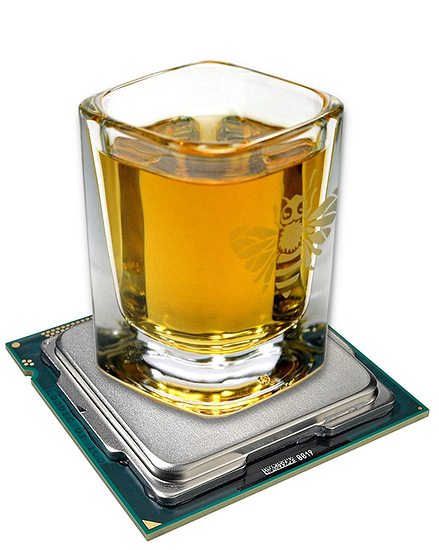 You could do more than one thing on it with virtualization/containers as well and combine some tasks.

That's also a good idea. Should I just install something like docker or a hypervisor? (Haven't done anything like that before)

Proxmox is a good place to start. It gives you a web gui for KVM and LXC containters on a Debian system.
http://www.proxmox.com/en/

You can also just jump in and run it bare on your linux distro of choice. There are some guides here IIRC.