What to do with free non-standard 1366 xeon board?

so my attempt to get in on this sandy bridge xeon action accidentally netted me a free S5520UR server board. my first thought was to build a monster rig with it for dirt cheap and sell it locally, which sounds like a neat idea, only its clearly not going to fit in any off the shelf case. so what should i do with it?

nobody is selling these where i live, so ive no idea what i should be charging for it if i wanted to just sell the thing. if i build a case for it ill be a pain in the arse and nobody will want to buy it.

Make a home server. Try out virtualization! Either that or buy a pizza box, build it up and sell it secondhand to someone in the SMB market.

ive got a laptop for the server, and a sandy bridge xeon coming soon for the virtualisation

Ahh, gotcha! Just did a quick search on the board and it is EOL so it's somewhat unlikely that any companies would pay much for a machine using it. Worst case? Make it a contemporary art piece!

RackMount the computer and use it as a NAS with ECC memory and some nice hard drives?

Wall Mount it in a custom case with a window and RGB lighting, hook it up to a surround sound system and make it your home media centre with dubstep lights

You can find used Xeon´s for that platform for pretty cheap.
So there is definitely some life left in it.

if youre in the UK sure, otherwise its probably cheaper to buy one near you off ebay

yeah, problem is all the ways i can think of using it involve a case that someone would actually like to have on their desk

dual xeons is a bit overkill for a media pc, isnt it?

heheh. definitely outside the UK.

amazon.com has it for around 100is $ so yeah, your not going to make a fortune selling it.

Fun thing is, this case claims to take the SSI TEB-leveraged form factor...(I doubt it though!) 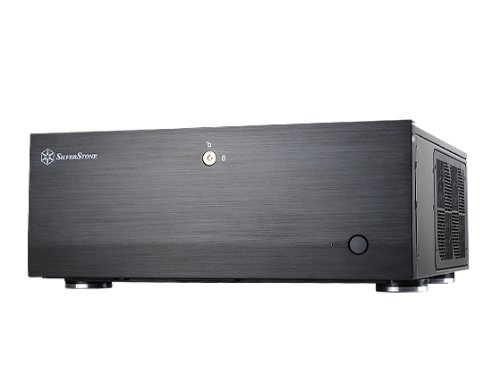 The introduction of Grandia GD07 and GD08 cases from SilverStone ushers in a new era of home theater computing like never before. For the first time, the power and storage capacity of a server can now ...

I would keep it and make it a VM host =)

ill look into it, see what the seller says about compatibility. if i can use it, i may well knock up a rig with my old parts and sell it on for a tidy bit of profit.

looks to me like any SSI EEB case should do, only my choices seem fairly limited there.

theres also the question of how to install a graphics card safely, in a manner that wont have the card bend from lack of adequate support or the ribbon cable im going to have to use to actually install it break from the graphics card weighing down on it.

or not, the slot pinout doesnt seem to be compatible

or not, the slot pinout doesnt seem to be compatible

Which slot pinout are you refering to?
ARK.intel.com has it that the mainboard has 1x PCIe x16 and 3x PCIe x8 (all of which are gen 2.x)

I'm sure it wouldn't be difficult to just find a case with a large enough motherboard pane and drill/tap motherboard standoffs that align with the proprietary board.

the strange port on the bottom of it, ive got some images of the board here
slots:

someone on the net said its a proprietary x24 pci-e slot with a different pinout to most, so i cant just slap a ribbon cable in there and call it a day