What to choose to boot into linux

hey ive got a asus X555L and ive managed to get into the bios but when i go to choose the boot device and choose the usb it asks for a directory to go to but i dont know what it wants me to point it to ive got ubuntu gnome on the usb stick so what do i point it at to boot it?

U sure you're setting the boot order? Sounds like you're now choosing to update the BIOS from a usb drive

You should be pressing Esc at boot to bring up the boot menu and selecting the usb from there, its the easiest way. It sounds like your doing what Baz is saying instead of actually booting a device. 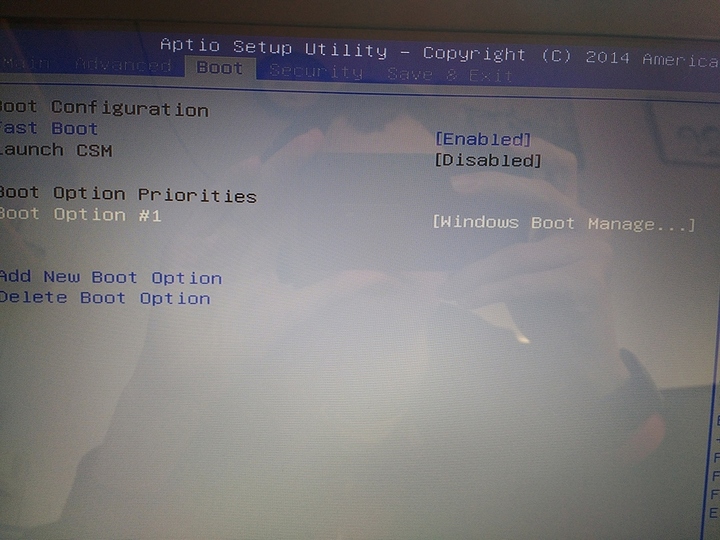 Thats the right menu, but it should just list several boot options (if available) when you go to change it. Try the Esc alternative that takes you right to the boot menu. 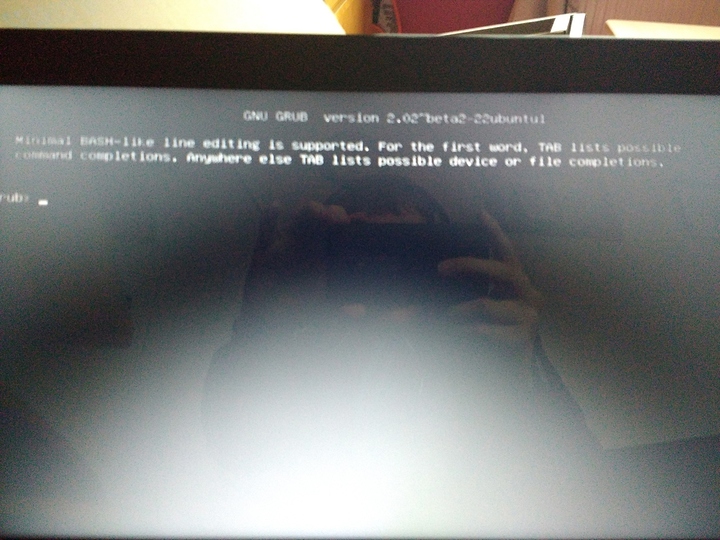 @Eden even when i use the LTS it still does that

Did you verify you had an un-corrupted download? What did you use to write the image to the USB?

i used unetbootin to write it to the usb and how do i check if ive got a un-corrubted download does it matter if i torrented it instead?

torrents have error checking built in, if you've used that its fine. Its unlikely it downloaded with an error but on the rare occasion it happens.

I would try again but using this to write the image http://rufus.akeo.ie/ I've found it reliable. If you have time time, and your still getting the same problem, id suggest also trying Fedora and see if you have the same issue booting to the live OS.

yeah this managed to get it working but ive got multiple partitions on the 1TB hdd because asus is stupid and splits the hdd up so could i fix that so its one partition?

Do you want to keep your old windows install? If you want to keep it you want to manually edit the partitions and reduce the largest one by the amount you want (be sure to leave space for whats already on it). Sometimes the live OS has a gui partition manager installed gparted, parted also works well its a CLI based one.

Sometimes what ill do it use the installer, edit the partitions to make room, go back one page and tell it to use the free space available automatically.

If you dont want to keep windows, delete them all.

Personal When ever I want to try out a new Linux distro I burn a copy to a disc and try it that way I have always run into issue when I use a usb stick to install an os. Thats just me though 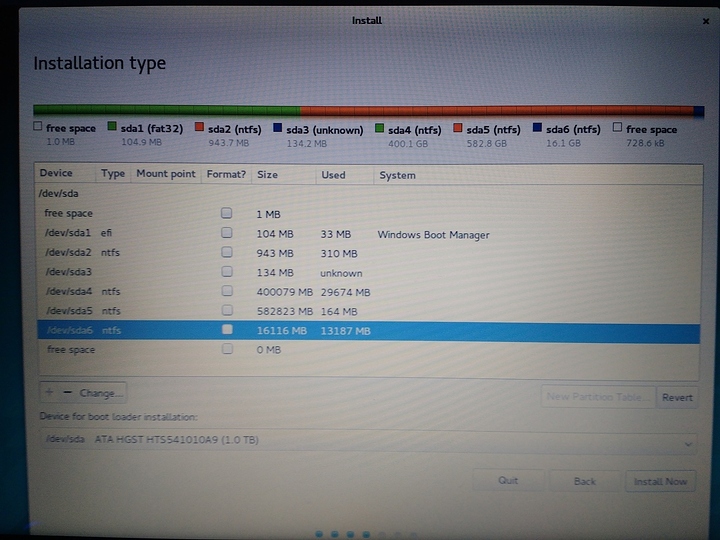 I agree with @shadowvengence22, i would boot to a liveCD (USB) and test it out. Even better would be a VM. Also, I shouldn't be this complicated. Did you watch a tutorial on youtube to review as a walk through? If you have more than 8GB of ram, ignore the swap option.

It looks like those are all partitions on one drive, hence /dev/sda1-6. If you don't care what’s on the disk then wipe away but based on your questions about I would take step back before you trash your windows install. Watch the linked tutorial.

In that case, its sda5 thats your second ntfs partition thats basically 500gb of empty space, you could reduce that, or if your not using it remove it, i assume its a D: partition? I would assume sda6 is a recovery partition, you might want to keep this if your precious about it.

Installs on the same disk as windows are always slightly more complicated because you have to make room first.

so if i want to delete my old os which is win 8.1 i just click new partition table then click install now?

I cant remember with the ubuntu installer. You can delete all the partitions (-), or selecting /dev/sda might give you the option to select new partition table which will likely remove the old partitions. Just remember to back up any data if you have any on the PC that you want as your windows will be gone :D

Then if you don't plan to use windows, delete away and start with a fresh hard disk and no partitions. Thats what I did with my laptop.