What software you instal on a fresh Windows PC

^ This is the basis.

In addition, depending on the needs and the machine:

Then why use it?

Rip them. MakeMKV to get it off the disc and then Handbrake to get a reasonable file size. Or just let Handbrake do all of that at once.

Or just let Handbrake do all of that at once.

Handbrake fails at the encryption.

Then MakeMKV first and Handbrake after that.

Currently creating an image so I don’t have to spend 30-60 minutes everytime I want to spin up a Windows 10 client/VM. Image contains:

Pre-staged apps/drivers:
Nvidia and AMD drivers
Intel Ethernet and wireless drivers
Immunet Anti-Virus (known problems with sysprepping with it installed)
Folder of decrapifying scripts to run after installation (most of this resets after oobe)

I know where to grab the calc, but where is the photoviewer? I would like that under Win10

I have never come across a cap and there must be a couple of TB a month going through it.

Thast everything i Need

I know you can do it via regedit, but reclaimWindows10.ps1 decrapify script automatically puts it in and sets it to default for most photo formats. I’ll paste the snippet for it below: 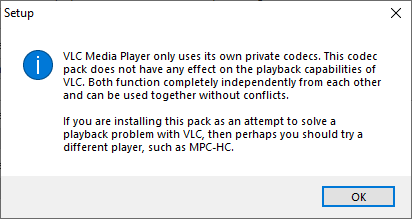 What’s the purpose of this codec pack then?

classic shell is dead my friend, open shell is a fork

Help IrfanView display anything that could possibly be out there.

Not in this particular order:

However I think I have done all that for the last time. I won’t be moving to Win10 and normally I shouldn’t have to reinstall Win7 anymore either.

First more or less in order:

Then I’m ready to import my folder of “portable” software that need not be installed in a regular manner. In there resides among other things:

Just curious, what made you choose this over VLC?

Ok so… lets make a list too just because why not

Im gonna go ahead and put these into groups. Because the majority of the programs I’ll install on Windows I’d install on Linux too.

Although a lot of these things I don’t actually remember to install all the time. I install them when I need them (it goes fast these days anyways). The two exceptions on Windows would be

Windows only with alternatives available

I’m mostly used to the minimalistic interface and how I’ve customised the controls over the years. The added ability to use additions like madVR can bump up the picture quality significantly, depending on the system hardware and personal preferences. For what I can see there’s nothing like that for VLC.