What SBCs are still available? - Another Raspberry Pi 4 & Co. discussion

This makes me cry: I paid 119€ for a Melopero (all official parts) kit with a Pi 4 8GB at the beginning of 2021. Now seeing stores charging 167€ for a 4GB kit is depressing. I felt like I was going in a bit too hard with the 8GB, but now I guess it almost doubled it’s value somehow.

To be fair the performance improvement between the original Pi and the later models is pretty huge.

We’ve come full circle to me wanting to just tell people to buy a damn Optiplex for like $100, put Linux on it, grab a $10 parallel card and boom, GPIO. There’s your dev board, have fun with it lol

Thing is there is massive amounts of support for the pi in terms of programming libraries, documentation, etc. to actually drive hardware with the Pi’s GPIO header. There are also kits to turn it into things for very little money (e.g., MT-32 Pi, RetroPi, etc.).

They’re MUCH more convenient to work with than some crusty old PC, make no noise and take up barely any space and use very little power. All the drivers work out of the box. No getting hung up with flaky/bad/unsupported hardware like you might with an old PC. Basically flash a pi distro to SD card, pop it in, boot - you’re up and running in literally 5-10 minutes including downloading the image. Swapping OS is a case of shutdown and swap SD card.

Sure, if your criteria is purely “learn linux” a Pi isn’t amazing value, but if you care about anything else… support, ease of setup, hardware reliability, ability to run ARM specific platforms like RiscOS, etc…

Performance isn’t amazing, but it is “good enough” for the money.

Proud owner of a RockPro64, an Odroid HC4 and an Odroid N2+. Depends on your preference, what do you want from a SBC? Desktop replacement? NAS? Home server? HomeAssistant box?

I have a few rule of thumbs:

There are some really nice boards coming out, the Radxa Rock 5 with the 8 core RK3588 and 4 to 16GB of RAM and the PINE64 QuartzPro64 with the same chip and same choices of RAM. They will be glorious and truly desktop replacements.

My choices? As of right now, the RockPro64 is the biggest contender for everything. It just works and is supported by many projects. Armbian, Void, Fedora, Alpine, FreeBSD, OpenBSD. All support it. N2+ is a close second contender, it is still supported by a lot of projects. Both of them with 2GB of RAM are around $75, with the 4GB versions being around $100. Highly recommend both, with the RockPro64 having the advantage.

Whatever you choose will be better than a Raspberry Pi 4 anyway. Besides, the Pi 4 is overrated, the bootloader is proprietary, so the distros have to support the boards, while most others, if you have a working u-boot or petitboot (I prefer the later because its versatile and easy to setup netboot), you can boot your distro as long as the kernel has been compiled with the proper flags (usually generic for all arm boards). But if not, you can use a kernel from a distro on another pretty easily.

I agree that the Pi holds the first place for most support for accessories and third party add-ons, like cameras and hats. But most people who I see buy RPis, buy them as a cheap home server to run pi-hole on. That’s just my experience. For that price, really not worth it. I’m not saying they should buy used Optiplexes, those have their uses, but not as 24/7 machines, the power draw will make the Pis make sense, since the ROI would be around a year or less compared to a PC.

The only thing that has been in stock was the Pi 400, which for a hardware tinkerer should be just fine. But everything else Raspberry just got scalped.

@NorthernWing if you live in the US, check ameridroid.

Other SBCs are a better option for home servers with low power consumption.

Running Pi-Hole is just a waste in most cases as you can just spin up a dns proxy daemon on pretty much anything and feed it adblock lists and whatnot.

Looks great going to be expensive as Hell.

So you’re saying I should dig out my box of Pis and put them up on eBay? It would offset the cost of the X570D4U board I just bought for an exorbitant amount of money.

I WIL soon have the odyssey blue to take a look at. Might be swanky… certainly a good deal relative to inflated cost of the various Pi that are available here and there.

It doesn’t really compete with ARM SBCs at all? Cheap mini PCs on the other hand…

supposedly there are rooms and rooms of qualcomm chips like the ones meant for the flop surface x… why dont we have rpi like devices out of those? might not be garbage… could be a lot of fun.

can you imagine the parallel timeline where someone other than apple finally doesnt screw up arm to the point that wait… this $35 arm machine with the soc from qualcomm is… actually mind blowing?

In some parallel universe we are not living the consumerist nightmare and those people are popping out the compute module out of their smart fridge and popping in the new one with Actual Features and good performance… the thing that stays with the fridge is just a display/input device.

The compute module thing sounds cool, but I don’t know if the qualcomm chips were made in great enough quantities to actually be used in other products. Besides, it’s qualcomm, so support for it is going to be garbage and drivers non-existent.

supposedly there are rooms and rooms of qualcomm chips like the ones meant for the flop surface x… why dont we have rpi like devices out of those?

Yeah I’ve thought about that one… there’s so much unused wasted supply chain tied behind vendor/NDA/non-compete agreements etc etc, it’s infuriating from an industry perspective how the biggest VLSI chip makers (I’m thinking Qualcomm, Marvell, ASMedia, etc) almost exclusively make SKUs under NDA specifically for- and available only to companies big enough to provide a specification and commit to those enormous quantities that just sit in a warehouse somewhere when the latest SuperUltraPhone++ flops.

My perfect world is where RISC-V took off and hit ARM levels of adoption, and someone like Lattice/NXP/Microchip/STMicro slapped the market with an inexpensive line of reasonably performant mass-market RISC-V processors since ‘no’ licensing 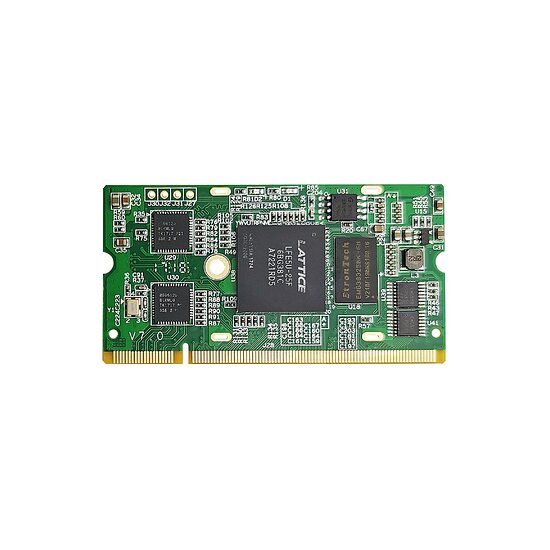 Not the same target market but these little SO-DIMMs are just my favorite thing, over any kind of development board or SBC… that one’s a Lattice ECP5 but it’s easy to get one with an ARM core on a SO-DIMM, or whatever… the card edge connector is less than $1 from LCSC, and with their 4x4" 4-layer board for $7 deal you can break it out into exactly the peripherals you need like an Ethernet controller or MMC flash storage/etc for like $20 of parts plus shipping.

Running Pi-Hole is just a waste in most cases

I have a RaspPi3 hidden in a TV stand. I use it for browsing on my TV for the weather, etc. when I can’t be bothered to fire up my workstation. That runs PiHole and keeps a lot of crap off my home network. YouTube ads disappear within a second. For the $100 or so that I spent, it has paid me back many times over keeping my network ad and malware free.

So you’re saying I should dig out my box of Pis and put them up on eBay?

No, we’re saying to put them all into a cluster and begin fulfilling your dreams of world domination. Oops, I mean develop your hardware skills.

You’re missing the point, what I said was that having a standalone device for such a task is a waste.

Instructions unclear. How do I make the cluster go? 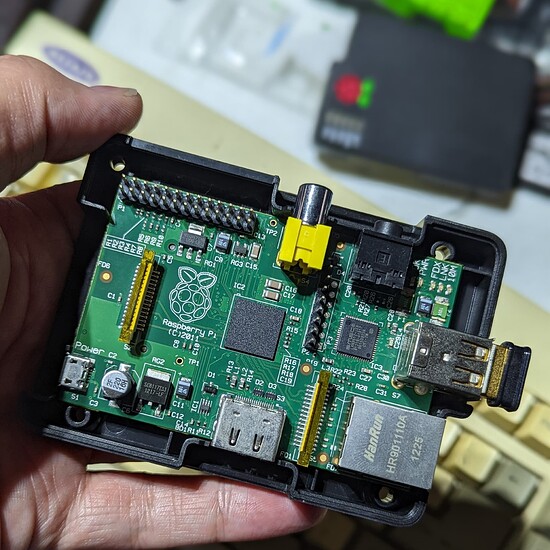