What is the most ridiculous mod you have seen done on a GPU?

I've seen a dude saw off PCI-e lanes here and have the card still work
and I have seen someone install a cpu cooler on one https://www.youtube.com/watch?v=Iegpwo9SqSg just to make it quiet and then there is the penny ram heatsink done by Afrotech mods (not sure if that mod is still online)

What ridiculous / weird mods have you seen done or have yourself done to GPUs? 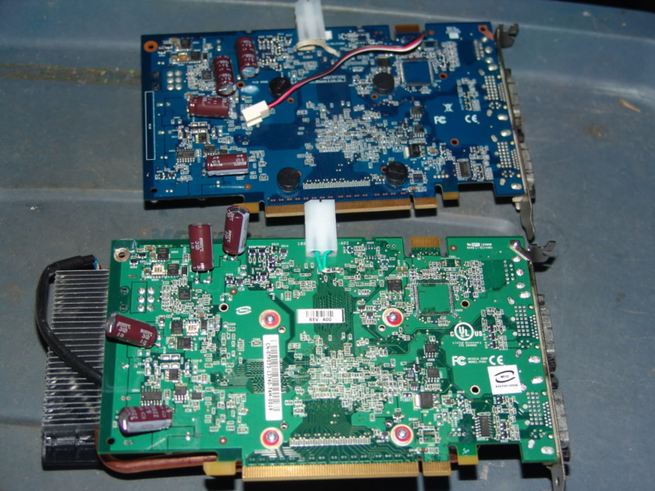 I used to have a EVGA GTX465 with a reference cooler. Those things are notoriously power hungry, loud and nuclear meltdown hot. It would crash if it touched 80C even though most people could run at over 90C (translation: crashed all the time), so I endlessly experimented with cooling mods.

I replaced the thermal paste.
I added a Noctua side case fan blowing directly on the GPU.
I bent up the fins by twisting a screwdriver in the gaps and roughed them up with sandpaper.
I chopped off the end of the shroud and bent the fins apart to get more airflow out of the case.
I replaced the PCI slot covers with ventilated ones.
I drilled the shroud full of holes, duct taped half a plastic bottle to the shroud and screwed a fan on the end of the GPU, blowing into the bottle that blew onto the side of the GPU. That didn't really work.
Finally I just screwed a fan over the squirrel cage fan (after taping up all the holes I made) and that sort of worked. I called it the Double-Turbo cooler. 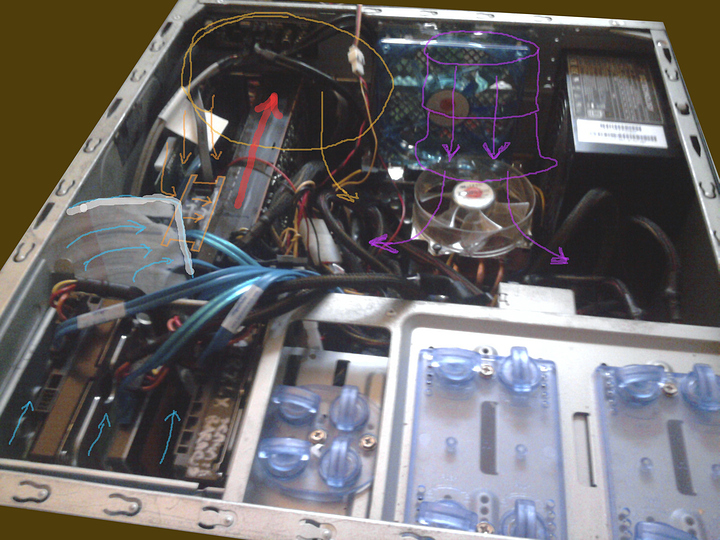 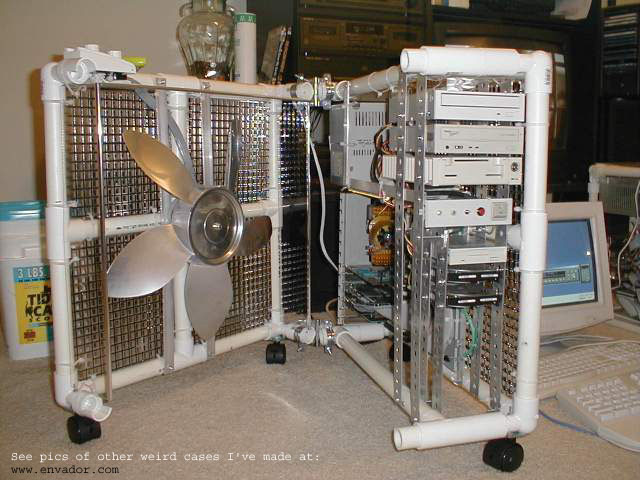 Not a gpu mod, but I made something identical to this. It's pretty awesome. 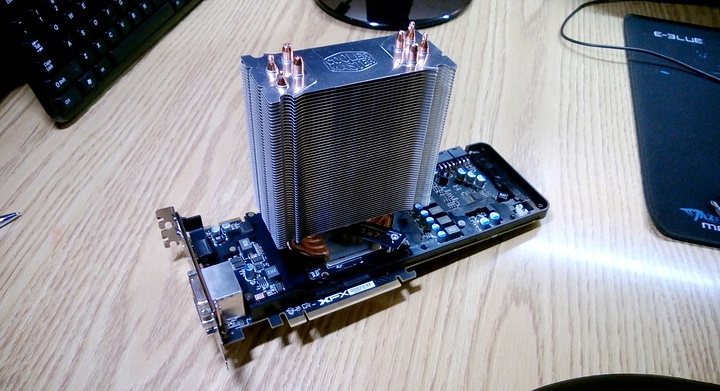 The feeling you get when you log into a forum for one the first times go look at something and someone has linked a thing you have done... I made that PCI-express "mod" more than 2 years ago. Internet is weird.

The interwebs never forgive, never forget and always will trolololo =)

quite some nice (getto) mods; like them. I had a open frame case way back.. but sadly no image and physical evidence lasted through the decade :(

Cutting the PCI 1x slot on the motherboard open in the back would also have worked I assume?

Actually no, there components in the way on that particular board, thus a 16x would never had reached the bottom of the connector. This of course varies by motherboard, but if one is to attempt a mod like this, the likelihood of the GFX-card being the least expensive part to mod rises.

that has to be my favorite :)~ 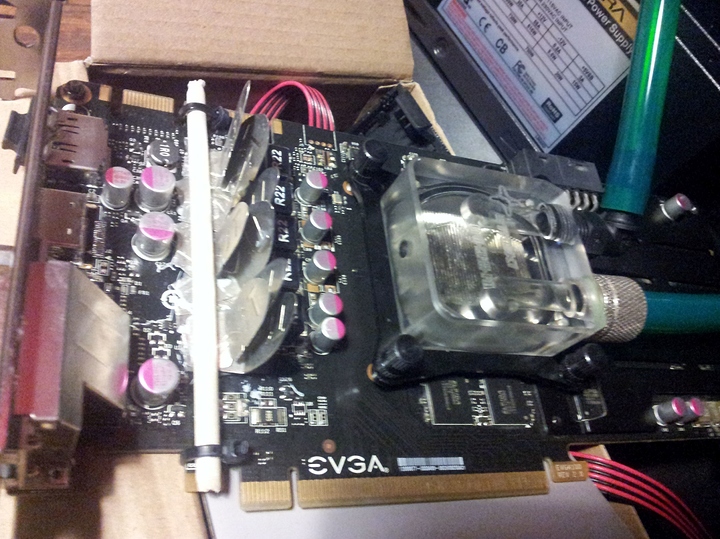 Ahem... Once upon a time I made a custom water loop for my GPU, as you can see in the picture. However... I overlooked a tinsy tiny detail... the voltage regulators need to be actively cooled... So after putting the water block on and realizing this, I had to have a way to cool it until the tiny, rectangular heatsink I frantically ordered came in the mail. Why not just put the stock cooler back on until it arrives? I didn't have enough thermal paste to put the stock back on, then cleanly put the waterblock back on. So I scrapped the old paste off the stock cooler I hadn't cleaned yet and added it to the rest of the paste I had left to cover the voltage regulators and used 2 zipties and a broken pencil to hold down pieces of an old CPU heatsink I broke off. It worked, keeping it cool enough till the heatsink and double sided thermal tape arrived in the mail.