What is the Best Graphics Card: NO POWER HEADERS

I managed to get a device that allows me to plug a desktop graphics card into my laptop. I'm now in the market for a GPU that packs a good punch, but does not have a need for 6-pin/8-pin power headers. One card that comes to mind is a 750. Does anyone have other GPUs that come to mind that meet this criteria?

Psst. There's this site called TechPowerUp that has all kinds of wonderful databases.
Here's their GPU database with AMD+Nvidia ticked along with power connectors: none

They're sorted by release date with AMD/Nvidia cards separated.
Another handy tool would be some price trackers that have lots of individual filters. I don't know any US ones off the top of my head but here's Geizhals with cards listed since 2013 and no power connectors.

You could just buy a power supply, Jump the 24 pin connector, and hook it up to any GPU to power it

The current rumor is that AMD will be releasing the first of the next gen gpus in the next two months. This first one released should be the low end one. I would expect that it wouldn't require a power connector considering that it supposedly uses about 50watts.

"It is likely that this is the first Polaris GPU being brought up (after
only 2 months I’m told) and could represent the best improvement in
efficiency that we will see. I’ll be curious to see how flagship GPUs
from AMD compare under the same conditions."

@Mageoftheyear Nope, confusion there. I meant that the GPU was brought up from production after just 2 months.

the Polaris GPU AMD demoed was up and running after just two months from when initial production kicked off, rather than being brought up to market after two months.

Or you could just look at their (AMD's) slides. 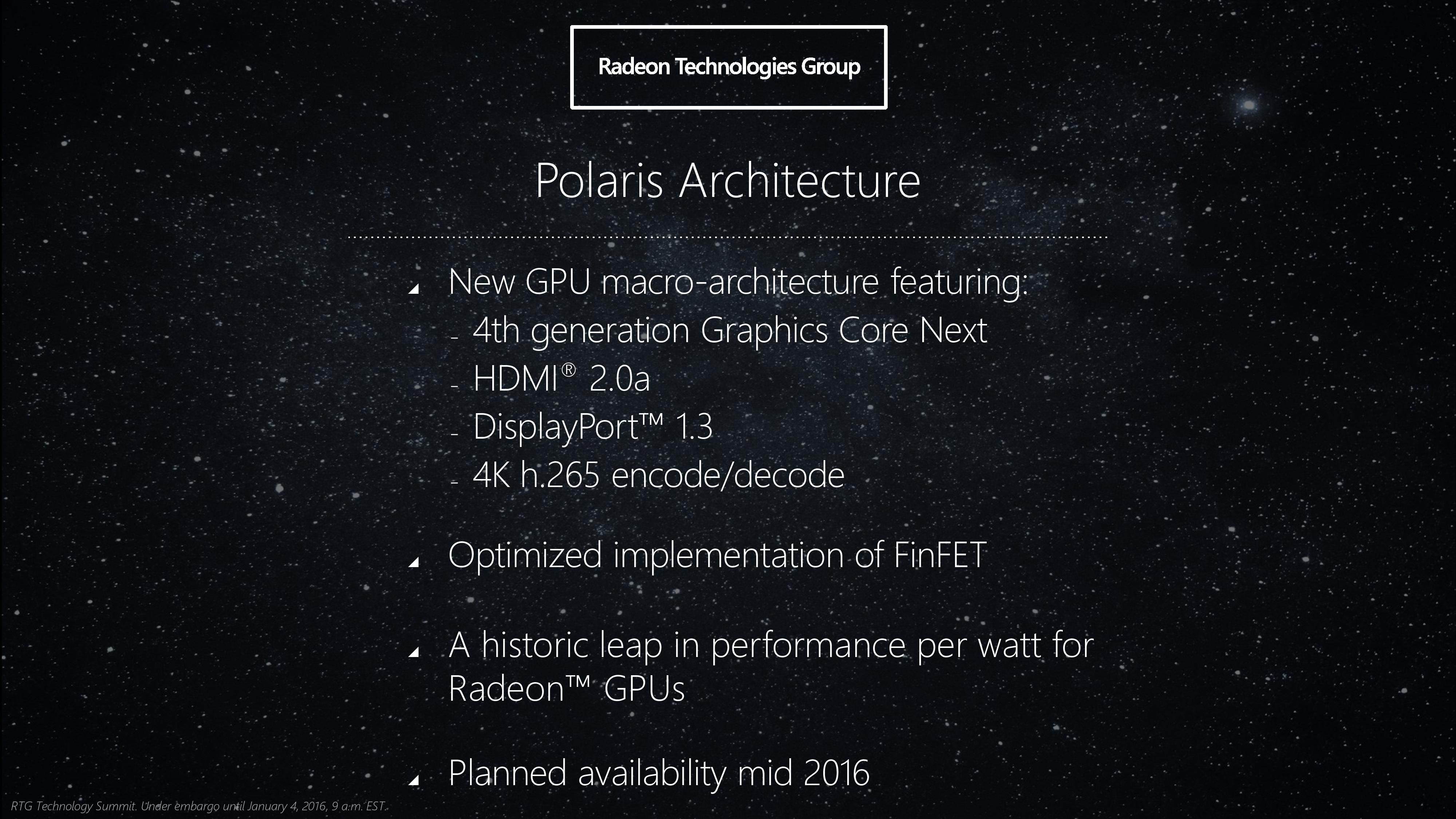 If you decide to get gpu with no external power, please make sure your power brick is rated for that extra power draw, dont burn your laptop/house.

You could just buy a power supply, Jump the 24 pin connector, and hook it up to any GPU to power it

I was hoping to avoid that, but having another PSU for the headers would work. And I tried it with an old AMD 4350. Worked like a charm XD

Psst. There's this site called TechPowerUp that has all kinds of wonderful databases.Here's their GPU database with AMD+Nvidia ticked along with power connectors: none

This is really what I am looking for. TYSM XD

Thanks for the heads up @ignx. The device I'm using gets its own dedicated power from the wall-socket. So my laptop should be safe.

How does it connect? and what is it?

How does it connect?

I grabbed this thing: 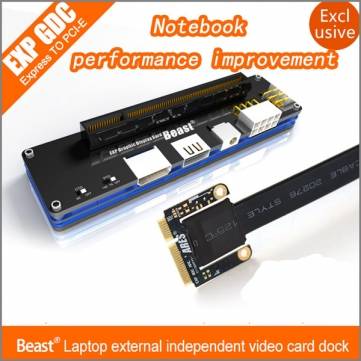 There are two variations of it. I grabbed the one with the head that looks like a big/silver rectangle??? Anyways, I wouldn't recommend that one, since I don't see a lot of laptops that use that interface anymore (older laptops do). The other one plugs into mSATA. You then put your card in the slot. There is no way to have the card output to the laptop screen, so you have to use a separate monitor :/

I came across this when I watched this video on youtube which gets into more detail about it:

Kinda wish the tek did hardware hacks like this. It's kinda why I subscribed in the first place. When I joined, they were slapping IPod screens on the side of Lian-Li cases.

GeForce GTX 960 OEM
Important part bolded. Good luck buying one.
The SKU is basically the mobile 970M, probably gonna show up in some prebuilt machines, if it's gonna show up at all.

I don't understand. Does that mean that I can't buy it somewhere?

OEM = Original equipment manufacturer. In other words, system builders eg. HP Dell and so on. Not for consumers.