What is the best connection type?

ISDN: It Still Does Nothing

Eh fibre in any kind of capacity? Also… whatever is best where you live? Usually not much of a choice unless you’re laying new cables or something.

ISDN - not sure if this is even being sold anymore

T-1 - not really a thing unless you’re a datacenter (AFAIK not available for the average Joe because it’s custom deals with the carrier). Technically the best if you can get a hold of it.

Is this a question just out of curiosity or are you planning anything we can help with specifically?

I was thinking about a Tier 1 Carrier connection

Out of what is maybe available to a non-telco: (multi) gigabit fibre.

ISDN, T1, E1, etc. are all obsolete copper technology that is being replaced with ethernet. More commonly used with digital PBX services these days for voice calls, and even there is being phased out in favour of voice over IP (typically SIP over an ethernet IP service).

T1/E1 (Euro standard for T1 at 2 megabit - bundle of 32 ISDN channels) hasn’t been used in the datacenter for many years other than as a primary rate ISDN (voice call) carrier service.

The first network I maintained in 1987 was daisy chained 10-base-2 coax.
It is not the best connection.

Ethernet (DIX) and IEEE 802.3 may use a shielded coaxial cable (RG-58 A/U) to transfer serial data using baseband transmission at 10 megabits per second. 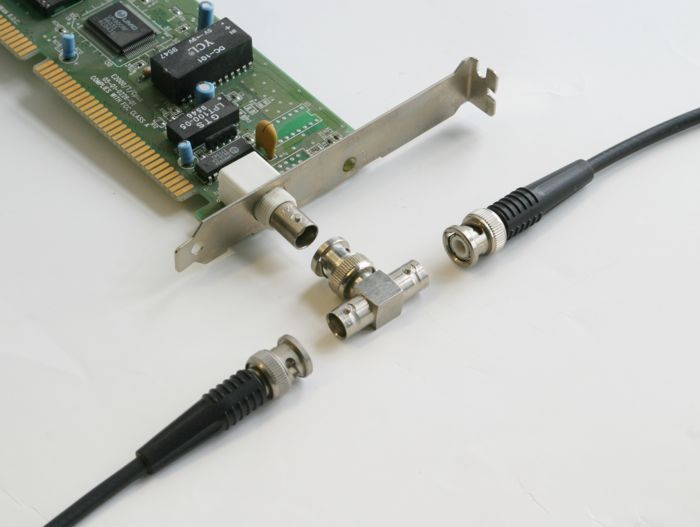 All the PC’s were in a single line topology. Each PC in the line transferred signals to the next PC. The last PC in the line had to have a terminating resistor on the T-connector. If any wire was damaged, disconnected or the end terminator fell off, the whole network went down.

Speed wasn’t really an issue because the files were small (AutoCad and WordPerfect), the PC’s were slow IBM AT’s and the internet wasn’t invented yet. We didn’t even use modems. Because it was faster to send a bicycle messenger in NYC carrying a floppy on his back.

The whole network was on a massive 100MB hard disk and I backed it up to 5.25 in floppies. Basically I wiped the network to floppy, if someone needed a file, they had to put it back on the HDD. It was the only fair system because everyone in the office felt their project was too important to be deleted. Ever. Even in 1987 it was possible for 20 people to fill up a shared 100MB HDD.

Ethernet 100-base-T with RJ-45 plugs and a proper network hub was a revelation!

Yeah, i installed a couple of coax networks (small office stuff, like 4-5 PCs) early in my career.

PRO: cables are dead easy to terminate
CONS: everything else. speed, terminators, need to run from PC to PC which means if someone wants to move one it means re-cable the network and shut the network down for everyone else